What Android Auto and Apple CarPlay can and can’t do

We took Android Auto and Apple CarPlay for a test drive, so you don’t have to. 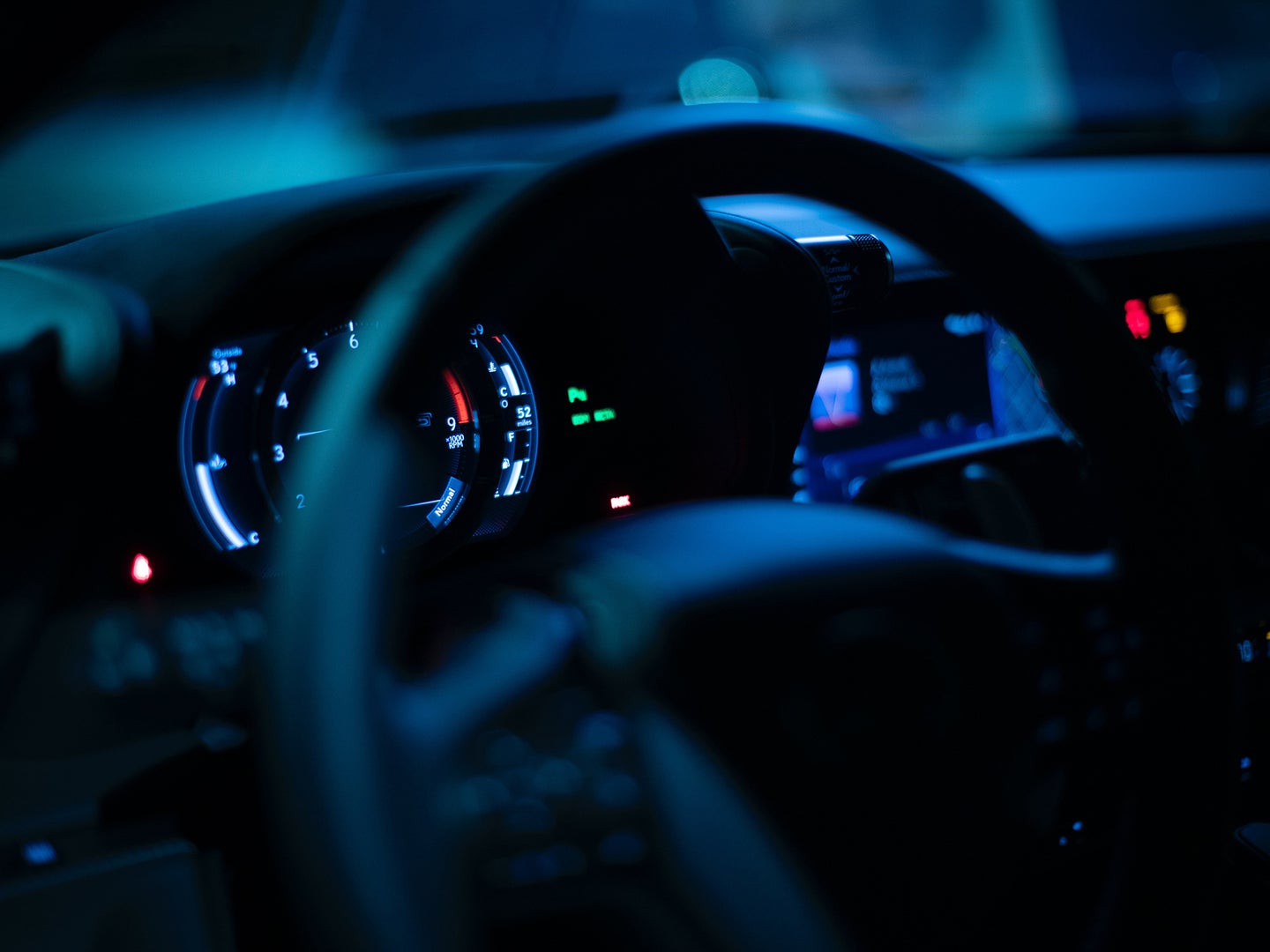 Android and iOS can run your car dashboard as well as your smartphone: Both Google and Apple have developed extensions to their mobile software that let you run some of your favorite apps as part of your vehicle’s infotainment system.

These platforms are Android Auto and Apple CarPlay, and most modern motors rolling off production lines support both. If yours doesn’t, you can buy and install third-party stereo units.

Start using these platforms over what your car offers and you’ll get much better integration with everything that’s on your phone—including saved map destinations, access to your contacts, messages, and more.

To use Android Auto, you’ll need a compatible car stereo unit and an Android phone running Android 6.0 Marshmallow or later. If you’re on Android 10 or later, Android Auto comes built in, otherwise you’ll have to download it from the Google Play Store.

Android Auto will work over a cable or wirelessly via Bluetooth, though the head unit in your car might not support both, so that’s worth checking. Somewhere on your car’s infotainment interface there should be an option to set up a connection to your phone, though the exact process will vary depending on the make and model of your vehicle. If you’re stuck at any point, the manual or a quick web search should reveal all.

Once you’ve established the connection, Android Auto works the same no matter what you’re driving. By default, the Google Maps interface loads up, showing your current location—tap the circular icon (bottom left) to get to all your apps and settings. On the right, there’s a microphone icon for launching Google Assistant and a bell icon for viewing incoming notifications. On widescreen dashboards, these icons move to the left.

Google Assistant works just like it does on your phone, so you can ask about the weather, the height of your favorite celebrity, or the latest sports scores. You can also ask the assistant to provide directions, set reminders, make calls, or send texts (much safer than picking up your phone while you’re driving).

Incoming calls and texts will show up on your dashboard screen, and you can answer, view, and respond to them by tapping on the dashboard or—if you’re driving—using voice commands (“read my messages” or “reply to messages” for example). From the notifications screen (tap the bell icon), you can see previews of texts and the option to Mute conversation to turn off alerts (very helpful for those busy group chats).

The main messaging and calling apps that work with Android Auto at the time of writing are Google Messages, Google Hangouts, WhatsApp, Skype, Facebook Messenger, Telegram, and Signal. Messages from these apps will show up inside the Android Auto interface and you can respond to them in the ways we’ve just described.

For maps and navigation, you’ve got either Google Maps or (the Google-owned) Waze to pick from—try them both and see which you prefer. For music and audio, Android Auto supports most major apps, including Spotify, YouTube Music, Tidal, Apple Music, Amazon Music, Google Podcasts, Pocket Casts, and several others (check out the full list).

[Related: The best apps for listening to music on your phone]

Those are the three key functions of Android Auto: calls and texts, maps, and audio. You can’t play video through the interface, and you can’t play games. You can’t browse the web either—try asking Google Assistant if you want to look up information.

To personalize your experience, choose Customize from the main apps screen, switch to your phone (when you’re not driving), and you’ll be able to pick which of the Android Auto-compatible apps installed on your phone actually show up on the dashboard—you might not want to use all of them. You can use the same screen to adjust the order of the apps.

Select Settings from the main apps screen to tweak a few of the Android Auto options. You can, for example, turn off message notifications, decide whether or not your media (music and podcasts) starts playing automatically when Android Auto is connected, and change the wallpaper of the car dashboard interface.

Pick Access on phone screen to see more settings on your Android phone (again, wait until you’re stationary to do this). Some of the extra options here include the ability to automatically enable the Do Not Disturb mode on your phone when Android Auto is on, and to turn off the “Hey Google” detection if you want to.

Android Auto sticks to the basics of what you would expect from a car dashboard platform like this, but it does them well. We’re fans of the default view, with Google Maps taking up most of the screen space and controls for whatever audio player you’re using (if any) down at the bottom. It’s an intuitive and elegant approach.

Google Assistant integration works really well too, especially for listening to and responding to messages. In the future, we’d like to see more ways of customizing the Android Auto interface, as well as support for video and games (for use by passengers or while the vehicle is stationary, of course).

To use Apple CarPlay, you’ll need to have an iPhone running iOS 13 or later, and a compatible car head unit. There’s no separate app, and everything you need is included with the iOS software on your smartphone.

Apple CarPlay offers the option of connecting wirelessly via Bluetooth or using a wire, and most cars and stereos give you the choice of either—the CarPlay feature should be prominently displayed on the dashboard interface. Once selected, the link to your iPhone occurs in seconds (check your car’s documentation if you’re not sure).

Whatever was on screen when you were last driving appears first, with the CarPlay menu down the left-hand side. Here, you can switch between recently used apps and toggle between two views, one showing installed apps and the other displaying Apple Maps alongside whatever media app was last active.

Siri is present and available throughout the CarPlay interface: Anything you can say to Siri on your iPhone works here. That means you can control your smart home, make calls to contacts, get directions, check the weather forecast, and everything else.

Should you get a call or a text, it pops up at the bottom—tap the alert to have the message read to you (CarPlay will also ask if you want to dictate a reply right away). If you’d rather keep your hands on the wheel, you can say “Hey Siri, read my messages” to hear everything that’s come in while you’ve been driving.

The only messaging app supported by CarPlay besides the default Apple Messages one is WhatsApp—that means incoming messages from either of these apps will show up on screen and can be replied to if necessary.

There’s a decent selection of third-party mapping apps to choose from though, including Google Maps, Waze (which is owned by Google), and TomTom, as well as the default Apple Maps. For music and audio, there’s Apple Music, Spotify, Amazon Music, and Tidal, among others—but no YouTube Music yet. You can check out the full list on the Apple website.

Like Android Auto, Apple CarPlay focuses on three main areas: Calls and texts, maps and navigation, and music and podcasts. No video, web browsing, or gaming apps are available, which is probably best for the driver’s concentration, even if passengers might appreciate them.

Tap Settings on the CarPlay dashboard and to tweak various aspects of the interface: You can change the CarPlay color scheme, pick a different wallpaper, and choose whether or not album art gets shown for the audio you’re playing.

Tap Driving Focus and you’ll have the ability to turn on your iPhone’s Do Not Disturb mode automatically while you’re driving and CarPlay is active. This will follow the same rules you’ve set in the Focus section of Settings on your phone, in terms of which contacts can break through the Do Not Disturb barrier and which can’t.

From Settings on your iPhone, tap General, CarPlay, then choose your car and select Customize to change which apps show up on the car dashboard—you don’t necessarily want all CarPlay-compatible apps to appear if you’re never going to use them. It’s also possible to change the order they show up on screen if you want to prioritize your favorites.

Like Android Auto, Apple CarPlay isn’t particularly packed with features or options—it shows the key apps from your phone (messages, maps, music) on your car dashboard in a smart and clear way, and that’s enough. The left-hand panel showing your recently used apps is something we particularly appreciate.

Just as important as the look of the interface is the Siri integration, which is done really well, and covers just about everything you would want to do in your car. Apple being Apple, CarPlay works best when you’re using Apple’s own apps (especially Messages), but there is a decent level of support for third-party options like Google Maps too.