7 essential Android 12 features to tap on day one 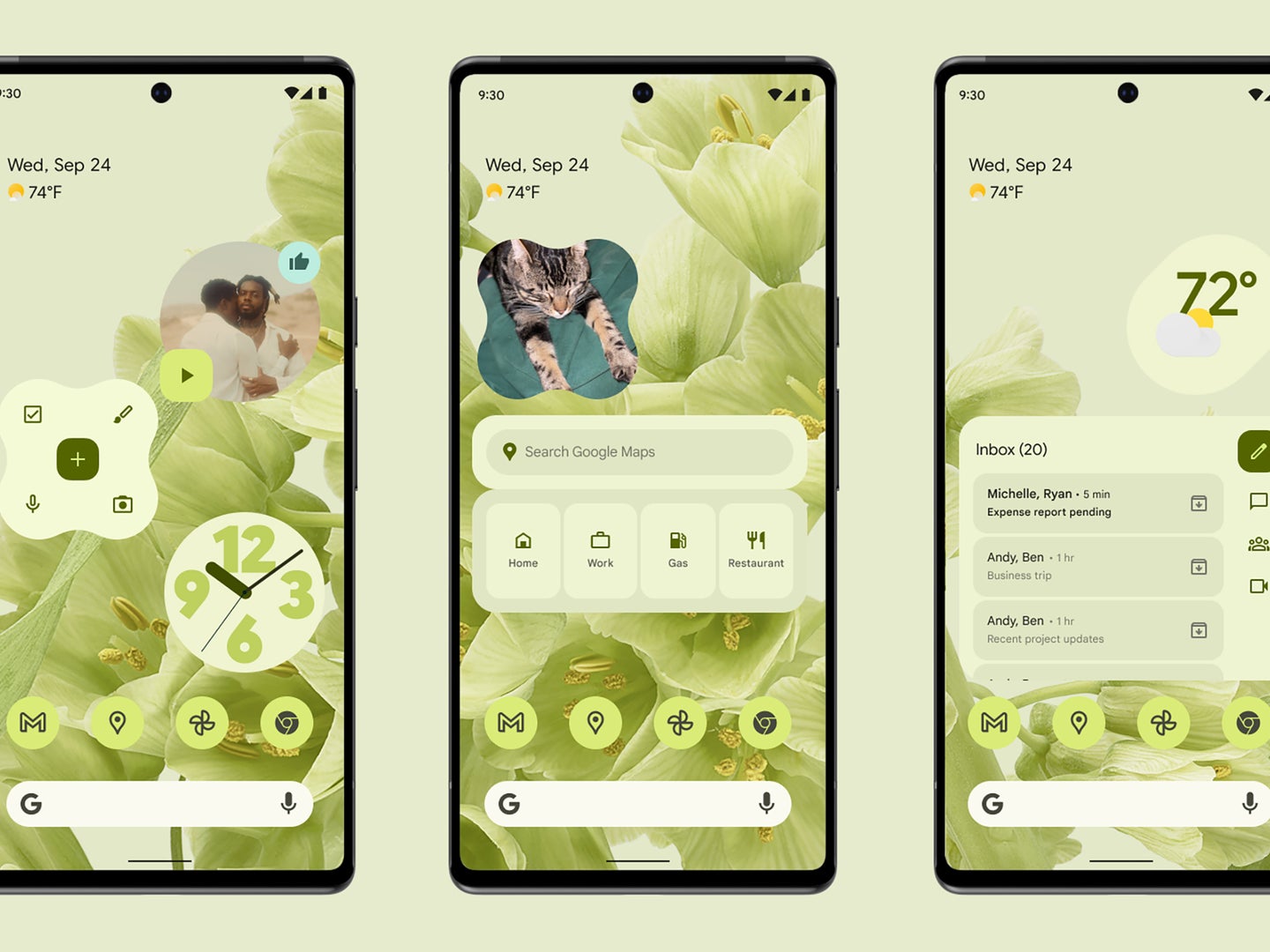 Android 12 has a new look and new features. Google
SHARE

Google announced Android 12 all the way back in May 2021 and has since made beta versions of the software available while continuing to add new options and features to it. Now, Android 12 is rolling out to the masses, with the Pixel phones made by Google itself the first in line to get it (every model from the Pixel 3 is compatible).

If you don’t own a Pixel, it’s something of a guessing game as to when you’ll actually get Android 12. Your best option is probably to check with the manufacturer of your handset for updates. Samsung and OnePlus have already begun testing beta versions of Android 12, for example, but haven’t given a final release date yet.

When Android 12 makes its way to you, there will be plenty to explore. There are significant changes to both the design and the function of the mobile operating system, making it the most powerful, secure, and mature version of Android yet.

Notifications look slightly different in Android 12, following the overall visual revamp Google has given to the operating system. One of the more obvious changes is that every notification now comes with a little snooze button in the bottom right corner, which you can tap to send the alert away for a while.

[Related: How to ignore people on social media without blocking or unfollowing them]

Notification snoozing isn’t new to Android, but the one-tap access to it is. When you tap the button, you’ll snooze notifications for an hour by default, but you can change this to 15 minutes, 30 minutes, or 2 hours by tapping the drop-down menu that appears.

Scrolling screenshots have finally arrived on Android. These screenshots capture not just what’s on the screen at the time, but also what’s hidden below it, such as the rest of a long webpage or document. You’ll find that they come in useful in a variety of situations.

It’s the same screenshot shortcut as before, so hold down the Power and Volume down buttons to grab whatever’s on the screen. In Android 12 though, you’ll see a Capture more button next to the screenshot thumbnail after you’ve taken it—tap on this to extend the screenshot further.

Visually, Android 12 adopts a new design language that Google is calling Material You—as in, you get a few more customization options. If you want, you can set the menus and other design elements to follow the color scheme of your current wallpaper, and there are brand new widgets to take a look at, too.

To get started, tap and hold on a blank area of the home screen, then choose Widgets to see the widget selection, or Wallpaper & style to modify the entire visual theme. In the latter case, you’ll see you can select Wallpaper colors for the scheme of your device, and there’s a Themed icons option too (currently in beta) that tries to reskin your app icons to match as well.

There might be times when you need to share Wi-Fi login details with someone. Perhaps you have people over at your home and want to get online, for example, or maybe you’re at a coffee shop with a friend and want to help them log on.

This is easier than ever in Android 12— swipe down from the top of the screen, then tap Internet and the cog icon next to the network you’re currently connected to. Tap Share, and you get a QR code you can share with other people. There’s also a Nearby button on the same screen that will let you beam the details wirelessly to another device.

Android 12 has its very own gaming mode, which you can get at by opening Settings and choosing Notifications, Do Not Disturb, and Schedules—tap the cog icon next to Gaming to get at the new options.

From here, you can enable the Game Dashboard, a shortcut that appears while you’re gaming that lets you access various optimization tools, see the current frame rate on screen, and broadcast your gameplay on YouTube Live. You can also enable Do Not Disturb for games to keep alerts muted while you’re dealing with bad guys.

6. Quickly disable the camera or mic

Android 12 comes with a range of new security and privacy tools, intended to make it easier for you to manage what apps are and aren’t allowed to do on your device. Included in these features are quick shortcut buttons for cutting off access to your camera and microphone for all apps at once.

Swipe down from the top of the screen with two fingers to access the Quick Settings pane, then tap the pencil icon (bottom left). You’ll see the Mic access and Camera access further down the screen—tap and hold them, and then drag them up to have these toggle switches always available in Quick Settings.

7. See what your apps have been up to

Staying on the security and privacy theme, Android 12 has a new Privacy Dashboard screen, which you can find by going to Settings and choosing Privacy then Privacy dashboard. This screen shows you which apps are using which permissions (like contacts or location), and how often they use them. This will make it easier for you to spot apps that are misbehaving