5 outdoor games you can build yourself

Get outside this weekend. 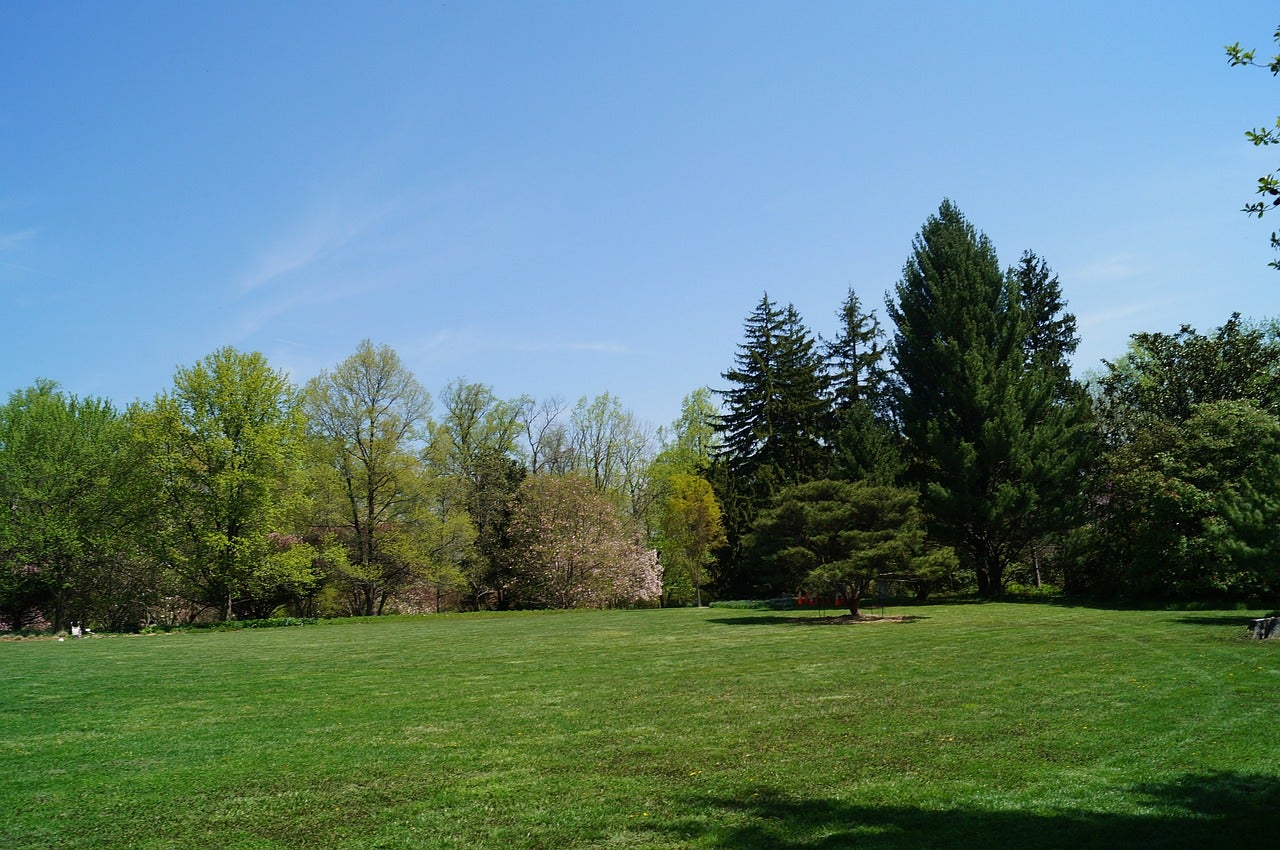 Picnics are one of the best ways to enjoy the great outdoors. But if you’re just sitting around while you eat, you might as well be inside. Take advantage of your location with an outdoor game or two. These projects require only cheap supplies and shouldn’t take too long to assemble. So you can put them together just in time for the long weekend. 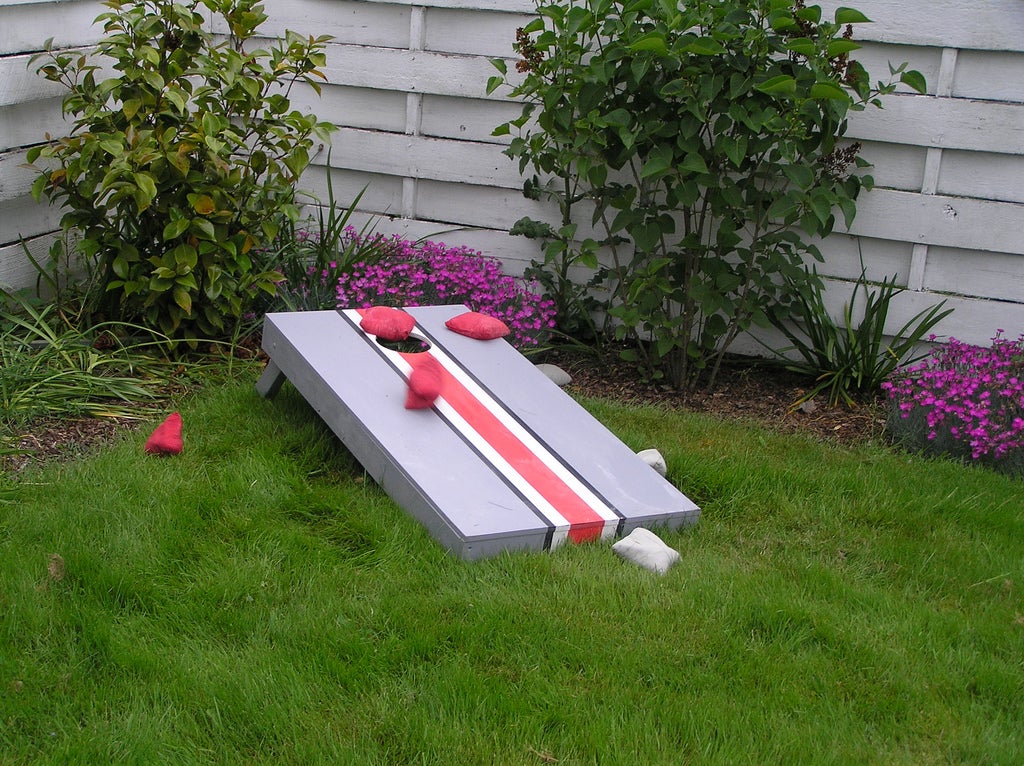 Perhaps the best-known picnic game is cornhole, where teams compete to toss beanbags through holes in plywood boards. Despite its ubiquity, however, cornhole turns out to be one of the more difficult projects on this list.

Building the angled boards requires basic woodworking skills, from sawing the plywood to drilling the frame. Luckily, the internet is here to help, with detailed instructions for a variety of takes on the game. You can build straightforward cornhole boards, craft foldable ones, opt for a set that doubles as shelves, or even cut a smaller version from foam board.

Once you’ve assembled the boards and applied a coat of paint, all you need are some beanbags. 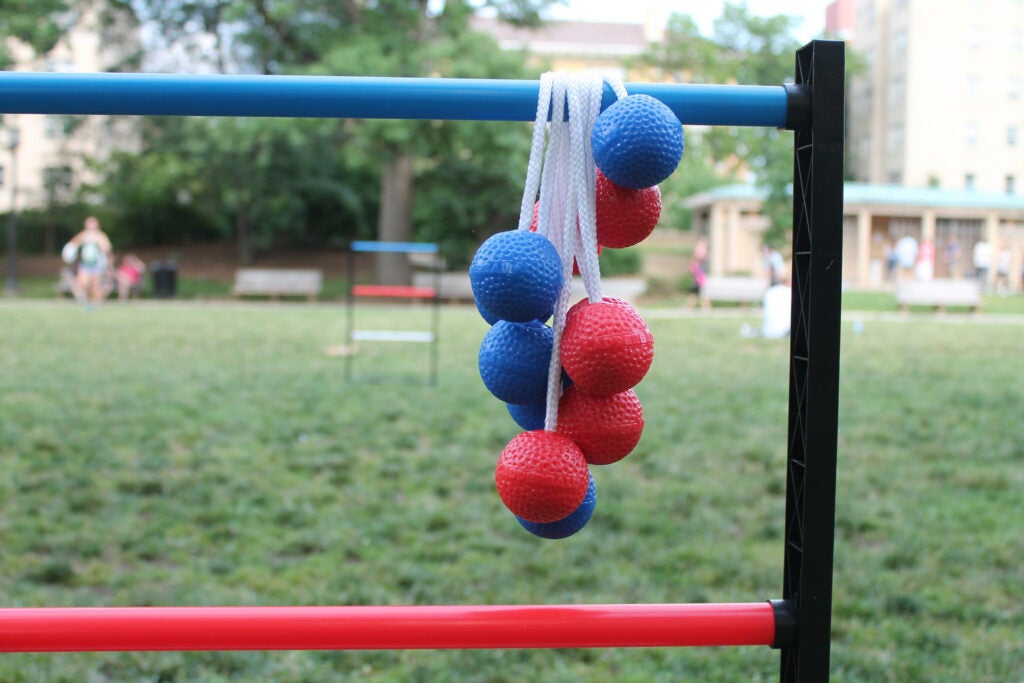 Whether you call it ladder toss or ladder golf, you can build your own version.

In ladder toss, also known as ladder golf, you have to hurl a bolo so that it wraps around one rung of a custom three-rung “ladder.”

DIYers can craft those ladders from PVC pipes or from wooden posts and dowels. Each option has its pros and cons. The PVC version is more portable and easier to build, but it’s also lighter, so you’ll need to weigh it down with sandbags to reduce wobbliness. The wooden version will provide a more stable base, but like cornhole boards, it will require more work to assemble.

The easiest way to make the bolos is to repurpose tennis balls, although some DIYers make them from golf balls. Drill holes through two balls, attach them with a length of string, and voila! A bolo is born. 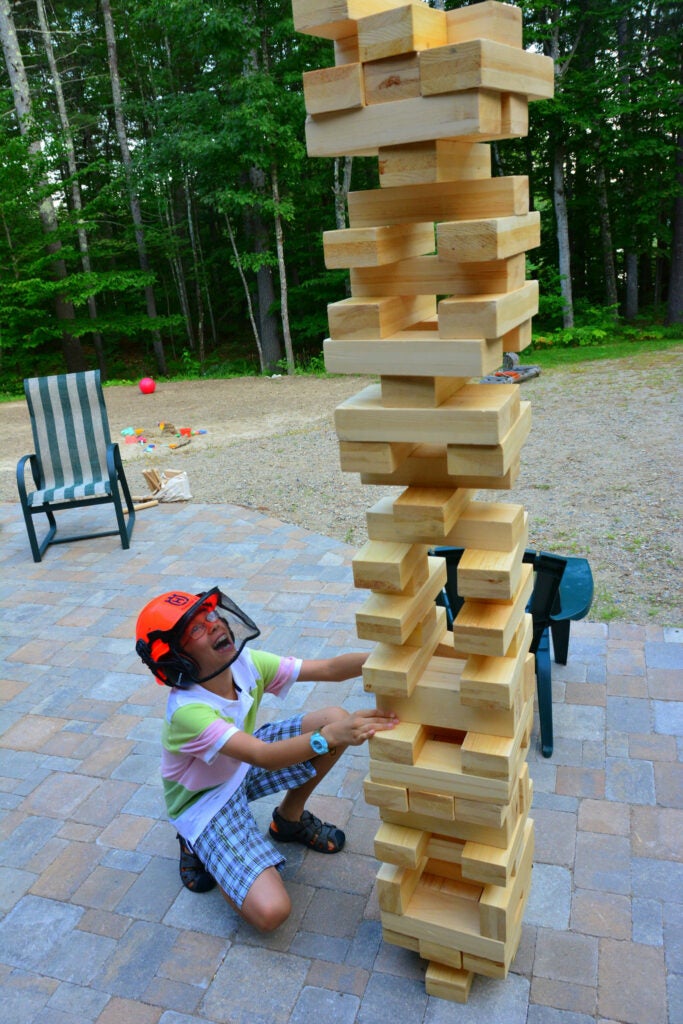 This is maybe not the safest version of giant Jenga. Run away, kid!

The only thing more nerve-wracking than trying to pull a Jenga piece from its tower? When that piece is a chunk of a two-by-four, and that tower’s collapse could cause serious injury? Yikes.

While you can find plenty of DIY projects that advocate making a giant Jenga set from sanded wood, there’s a better way.

To make a slightly safer version of giant Jenga, don’t build the tower from heavy wooden pieces. Instead, make pieces from cardboard boxes. Those cardboard sleeves that hold 12-packs of soda will do nicely. Just make sure they don’t have any parts that stick out, as they could snag on other Jenga pieces. It might also help to weigh down the boxes a bit—try taping a few washers inside, making sure to distribute them evenly. 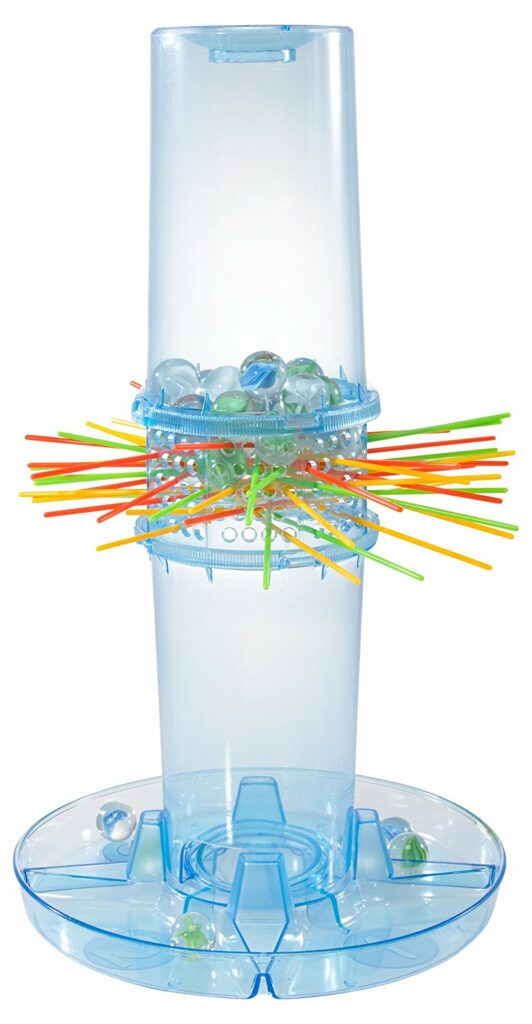 Turn this indoor game, where you have to remove sticks without letting the marbles fall, into a fun outdoor competition

In the game Ker-Plunk, a collection of marbles sits over a void, held in place by strategically placed sticks. Players must remove the sticks one at a time, without letting any marbles fall through. Although this setup sounds complicated, you can scale it up into a yard game relatively easily.

Build the outdoor version with these instructions, designed by Amy Vowles for the website allParenting. To make the container, wrap wire netting or chicken wire into a cylinder and attach it to a sturdy wooden base. Slide bamboo sticks through the netting to hold the marbles—or in this case, colorful ball-pit balls—in place. 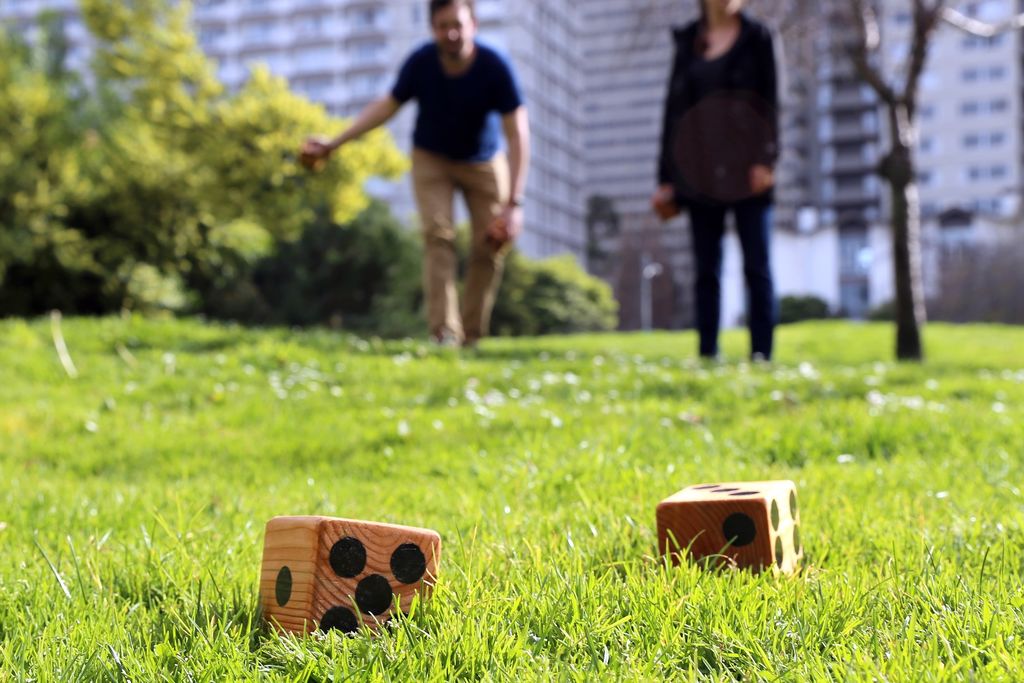 Teach your kids the basics of gambling—or at least how to play some simple dice games.

The classic games that you play while sitting around a table—dice, dominoes, checkers, even board games like Scrabble—are all very well. But they’re even better when you turn them into giant versions that you can play outside.

While you can cut 3D game components like dice out of wood, you can also make them from cardboard. (As for dice games, this list explains the rules for a few.

Cardboard also makes a good material for simpler game pieces: Decorate squares to get Scrabble tiles, make rectangles into dominoes, and use colorful paper plates as checkers. If you plan to play on a windy day, tape washers to light pieces like these to weigh them down.

To create a “board,” spray the correct pattern onto the ground with a temporary marking chalk. Once it dries, it will stick around for the duration of the game, and should eventually wash away without harming your lawn. If you’d prefer to leave your grass its natural color, you can sew your playing board from felt.