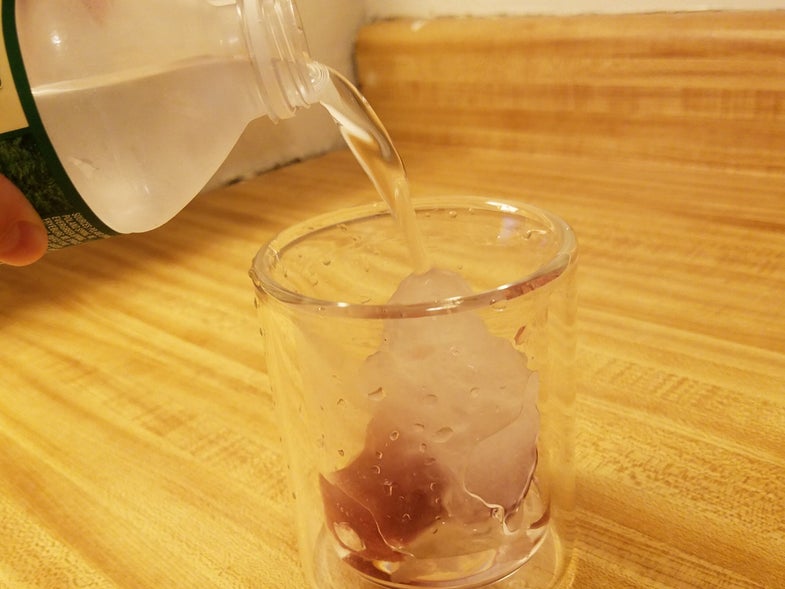 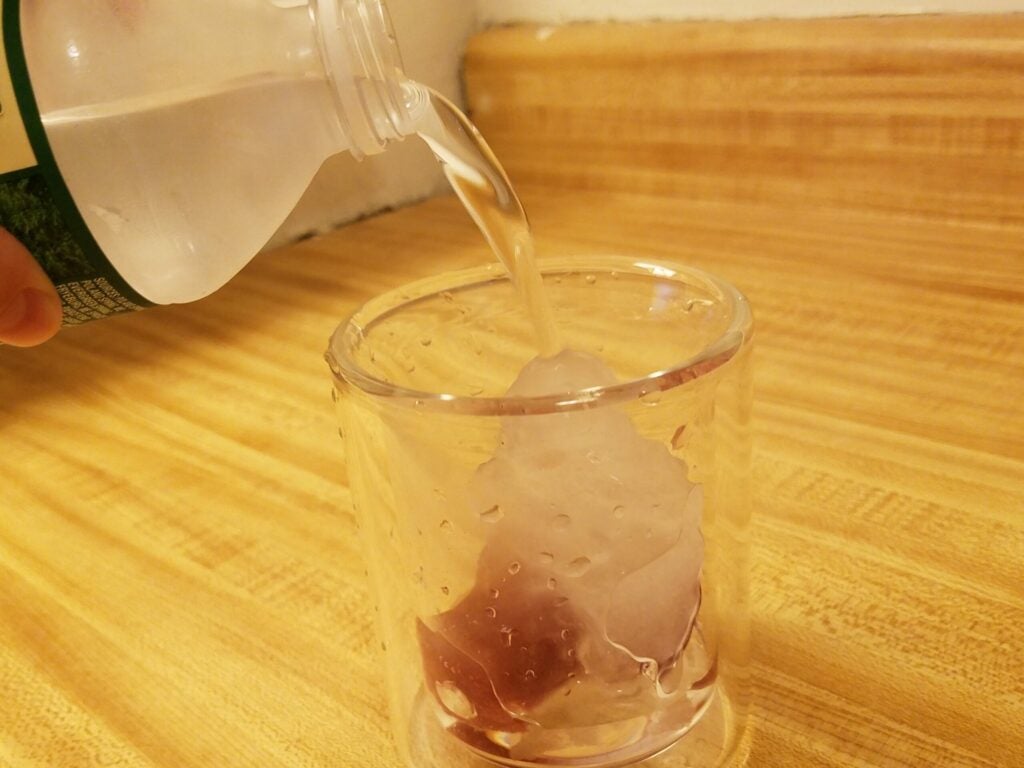 Liquid water becomes ice as soon as it comes in contact with a popsicle.

Sound the alarms: Water doesn’t always freeze when it should. In fact, you can chill water and most other liquids below the temperatures at which they usually freeze. Scientists once cooled water down to the frigid temperature of -51°C, and the H2O remained liquid, at least for a fraction of a second, before it flash-froze. But forget scientists—you can use this phenomenon, called supercooling or undercooling, to make instant slushies—even beer slushies.

First, let’s look at the science. It sounds crazy, but liquid doesn’t automatically become solid when you chill it to its freezing point. Even at cold temperatures, like the average freezer’s 0°F, it takes a process to turn water into ice. The two substances are very different, from their structures to their densities (ice is eight percent less dense than water). So kick-starting this transformation process requires that something shake up the status quo.

In other words, the liquid must contain some sort of impurity that water molecules can lightly bind to. Without such an agent, a small crystal of ice might form, but it won’t have the energy to grow larger. The nascent crystal of ice will change back into liquid, and the liquid water will just keep getting colder and colder until it’s supercool. The difference between supercooled and normal liquid water goes beyond temperature—the colder fluid is actually 20 percent less dense, according chemist Valeria Molinero of the University of Utah. When a liquid is in this state, with its temperature lower than its freezing point, it becomes unstable. Add in one stray speck of dust, an ice cube, a scratch in the container, or even an accidental jostle, and the whole volume will flash freeze before your eyes.

That’s because, under normal conditions, an impurity in the liquid—such as that speck of dust—can stabilize small ice crystals as they form. Molecules will lightly bind to this outside object, starting a chain reaction as more and more molecules latch onto the growing mass. The impurity thus triggers a transition from liquid to solid, water to ice. So if you want to make a supercooled liquid yourself, don’t try it with tap water or cloudy beers: They have too much stuff in them, which makes them more likely to freeze than to supercool.

Fun fact: In both supercooling liquids and in regular freezing liquids, the process of crystallization begins at just one point. In a normal bottle of water, crystallization is more likely to begin at the bottom of the bottle, according to Tom Hill of Colorado State University. The frigid air first cools down the liquid molecules closest to the surfaces of the bottle, and these cooler molecules fall to the bottom. Within five to ten minutes, the whole bottle is frozen. In supercooled liquid, on the other hand, the freezing process begins around the impurity, which can be anywhere in the bottle, and quickly spreads from there.

Supercooling isn’t just scientifically interesting. It also lets you make water freeze into ice seemingly instantaneously. Which makes a pretty good party trick. With some planning, prepare to astound friends and guests with the seemingly magical power of transforming water into ice before their very eyes. And if you’re over 21, you can also turn liquid beer into beer slushies! Here’s how. 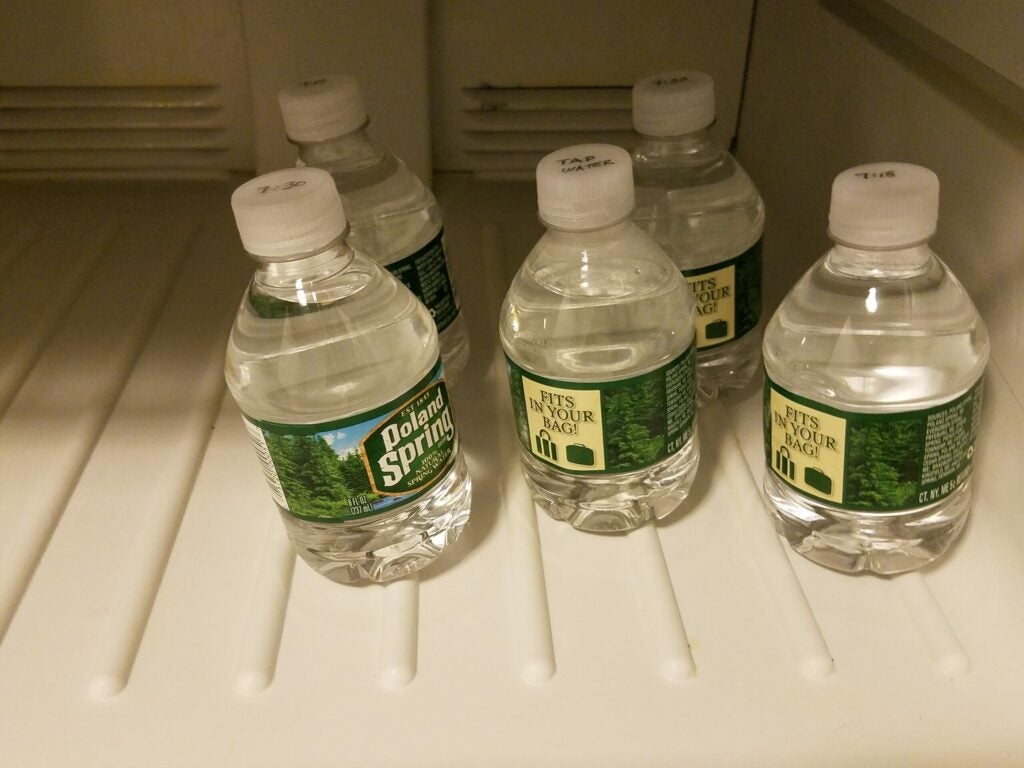 I placed a bottle of tap water in the middle. Around this bellwether, I placed four bottles of Poland Spring bottled water. Two of the bottles went into the freezer at the same time as the tap water. Then, 15 minutes later, I added two more bottles in case I waited too long and accidentally froze the first two.

“It might break your teeth off because it’ll freeze in between two teeth and push them apart,” says Hill. Once it’s frozen, however, it will become safe—so feel free to down that beer slushie.