Sometimes it's what's inside that counts 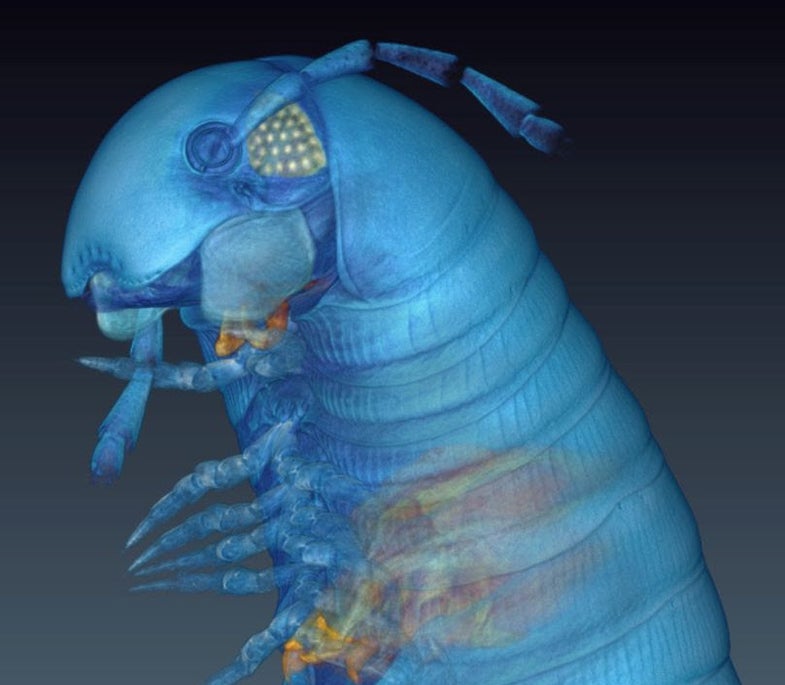 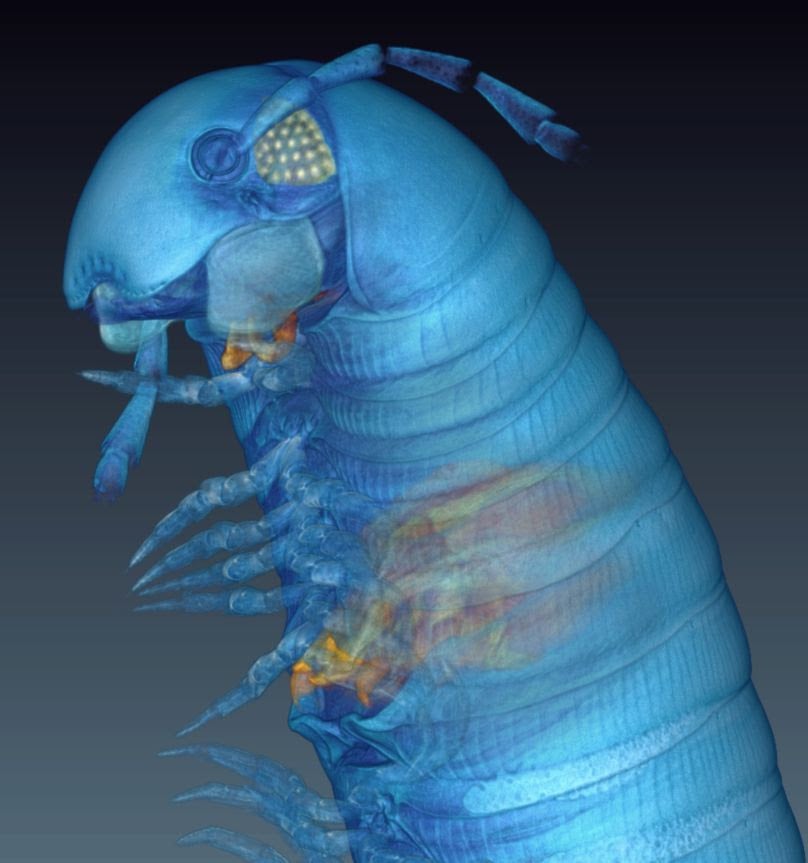 A microCT scan of anew species of millipede.

Sure, it might look like the Tick, but the blue bug pictured above is more creepy-crawly than dramatic superhero. It’s a new species of millipede, identified using a novel high-tech scanning technique and described today in a study in PLOS ONE.

In reality, the millipede is a normal (boring) combination of yellows, browns, and grays. The differences between it and other millipedes are typically only noticeable to eagle-eyed biologists, enthusiasts and taxonomists, tasked with sorting the natural world into neat categories.

“Since the time of Linnaeus, approximately 1.5 million new species have been described, which–despite the widespread desire to know the species with which we share our planet–accounts for only a modest fraction of global species diversity,” the authors write in the study. With all those species to discover, scientists are turning to high-tech methods to describe and identify species.

Carl Linneus came up with a system of taxonomy, used to classify all living things. The Linnean system sorts the natural world neatly into families, orders and species, with taxonomists writing down detailed descriptions of species, complete with photographs, illustrations, and specimens preserved in natural history museums and universities all over the world. Often, taxonomists dissect specimens, making detailed notes on infinitesimal details of organs and other body parts.

But now, using high-resolution x-ray microtomography (also known as microCT scans), researchers can make detailed observations of even the tiniest structures, without needing to cut open the specimen. By using a scanner, similar to a CT scanner used in medicine, researchers can make 3D models of tiny specimens like millipedes and see their organs in place within the body, no cutting open or rummaging around required.

The 3D renderings are detailed, and can be used to show differences between males and females of the same species easily, without relying on hand-drawn illustrations, or simple photographs.

Taxonomists hope that this method can supplement existing methods, making it easier to notice differences between species, or even identify species in the field, with digital field guides that let you see a specimen from all angles. And while this study focused on the technique’s usefulness in classifying millipedes, the method is proving popular with scientists studying other creatures too, especially marine worms and earthworms.