Lightning Can Shock Rocks At The Atomic Level What do a lightning strike and a meteorite have in common? Beyond the fact that they are both forms of death and destruction that fall from the sky, not much. One is a discharge of energy, the other is a solid object. But it turns out that both can have the same kind of impact on rocks, at a microscopic level.

In a recent study researchers found that lightning can ‘shock’ tiny particles of quartz in a rock, forcing them to line up into bands called “shock lamellae,” a feature previously thought to only form in the high temperatures and pressures of a meteorite impact.

In order for the crystals to rearrange themselves on an atomic level to create the shock lamellae, the pressure has to be intense. Really intense. About 20 million times greater than a punch from a boxer (or MMA fighter like Ronda Rousey) intense.

The scientists made the discovery by studying rock fulgurites, which are thin layers of glass that form on a rock struck by lightning. The glass forms when lightning melts outer layers of a rock. It looks something like this: 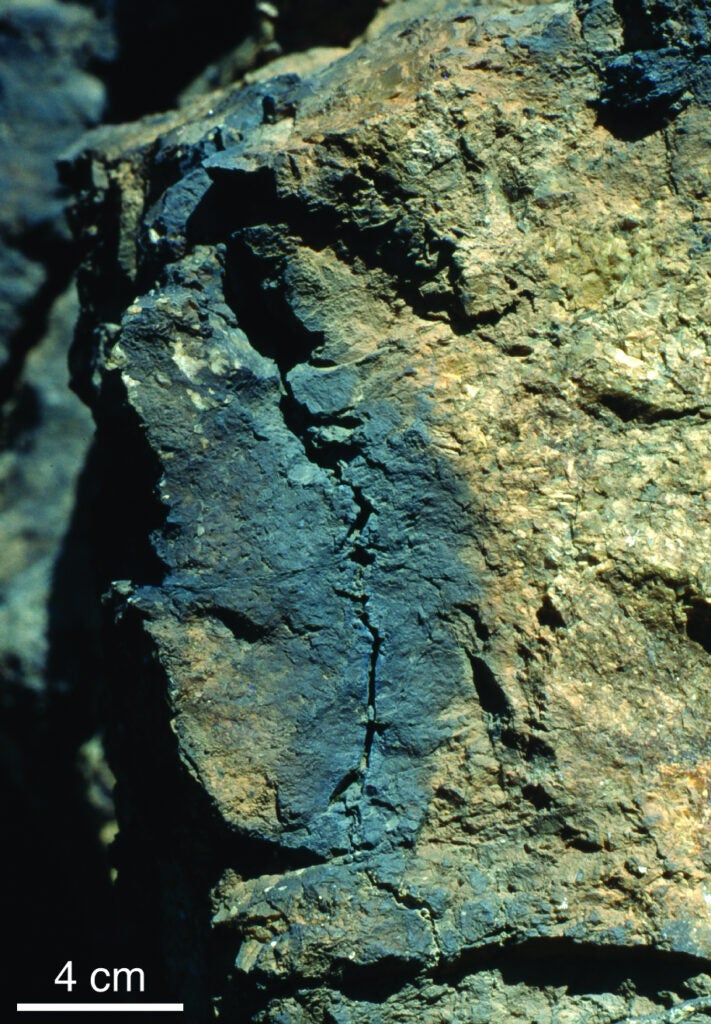 A rock struck by lightning.

Fulgurites can also form in sand where they fuse into hollow glass. Don’t get your hopes up though, it’s nothing like the sculptures in Sweet Home Alabama. Instead of a smooth, glassy surface, they have a rough texture and are relatively rare.

“Once it was pointed out to me, I started seeing it again and again,” co-author Reto Gieré said in a press release. “I’ve had some close calls with thunderstorms in the field, where I’ve had to throw down my metal instruments and run.”