The ISS is about to get some company 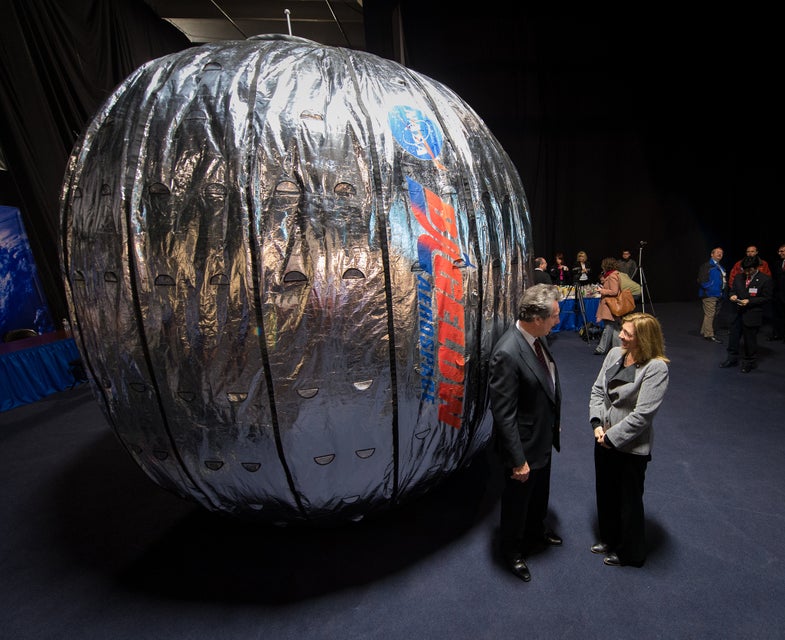 In 2014, commercial spaceflight reached a major milestone when NASA selected two companies—SpaceX and Boeing—to deliver astronauts to the International Space Station (ISS). This year, the agency will turn its attention to the next logical step: commercial habitats.

SpaceX will launch Bigelow Aerospace‘s Expandable Activity Module to the ISS in late summer or early fall. Once connected to the Tranquility node, the habitat will inflate to 13 feet long. Then, for two years, instruments will measure how well it holds up in space. Bigelow will use that data to build a 12-person station.

NASA, meanwhile, has begun developing standards for use by commercial stations. Philip McAlister, the agency’s director of commercial spaceflight, says private enterprise will help sustain robust human activity in low-Earth orbit. “American spaceflight is not just about us anymore,” he says.