For the closest shave, get naked—doctor’s orders

Dermatologists say to shave in the shower. 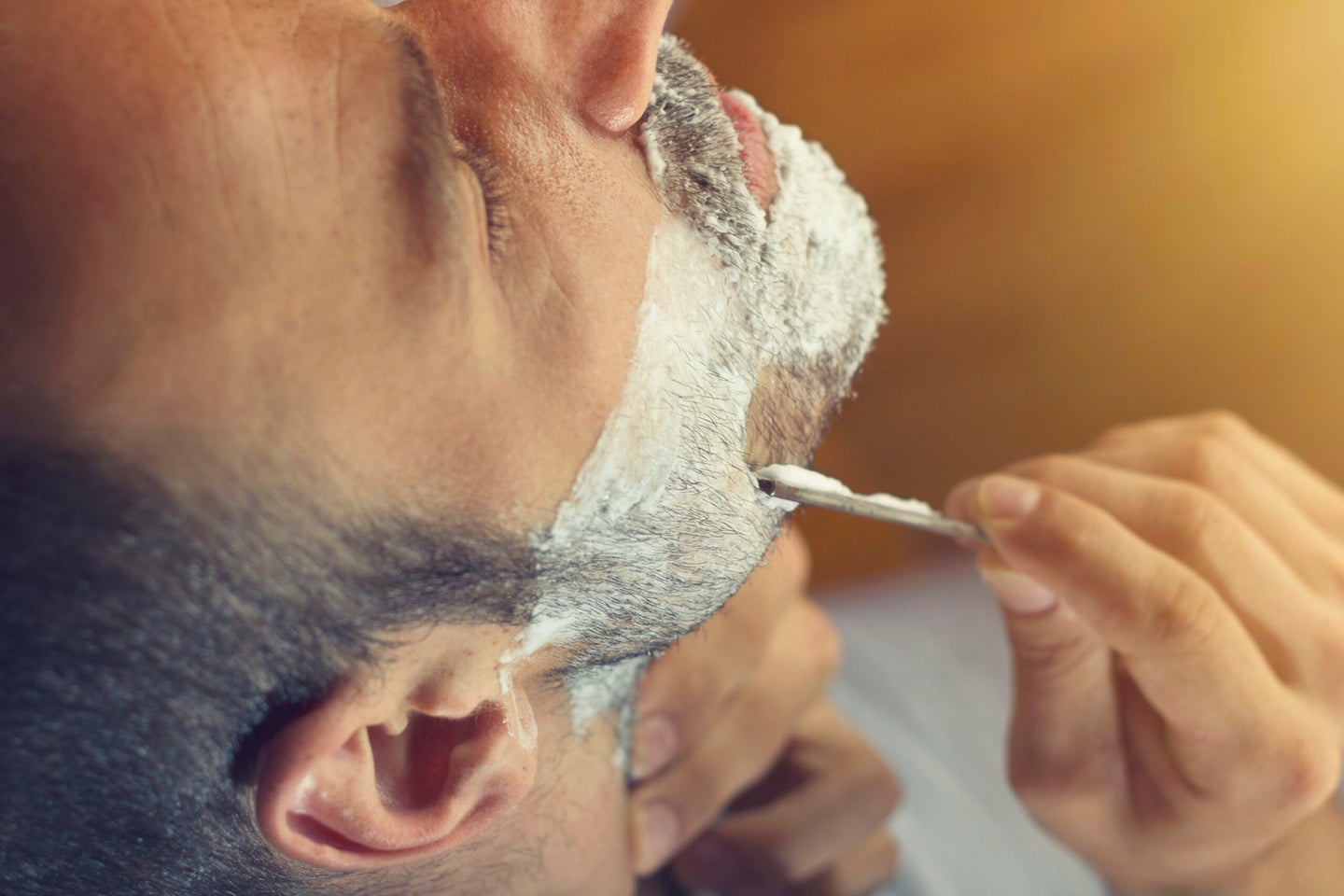 If you keep your face clean-shaven, then following a few simple, common-sense steps can ease the whisker-removal process. After you lop off new growth, you want your face to be smooth and devoid of razor burn. So we asked dermatologists how you can get a close, but not irritation-inducing, shave.

So instead of shaving dry, Fenton, as well as Samer Jaber, the director of Washington Square Dermatology and a clinical assistant professor of dermatology at Icahn School of Medicine at Mt. Sinai, both recommend shaving during or at the end of a shower. That’s when both skin and hair are warm and moist—perfect cutting conditions.

For smoother shower shaving, equip yourself with a fog-resistant mirror and a razor holder. The latter is important because, if you leave your blade on the tub’s edge, it might sit in a pool of water where bacteria likes to grow.

If you’d prefer the view from the bathroom mirror, then shave right after your shower. But not all of us have time to shave and shower at once. In that case, at least splash on some water before scraping at your bristles. Holding a warm, wet washcloth against your face should do the trick.

Next, Fenton suggests you thoroughly rub a shave gel or cream into your face. Generally, he thinks the gels do a better job. Lathering in the goo helps the whiskers stand up on their ends, making them easier to mow down with your razor blades like you’re the grim reaper scything souls. If you’re not shaving in the shower, let the gel sit for a couple minutes before you pick up your razor.

“If you prep the skin properly, and that beard is softened,” Fenton says, “you’re going to get a closer shave, with less irritation.”

Go with the grain

First, you want a sharp razor. While there’s plenty of marketing (and even an Onion article) about how many blades you need, Fenton’s advice is simple: People with sensitive skin should avoid those five-blade razors. Three blades should be plenty, whereas cutters with five can cause irritation or razor burn.

When you do grab your sharp, Fenton suggests shaving with the grain, not against it, to avoid irritation and ingrown hairs. Jaber also recommends going with the grain, but says, “If you want a really close shave, and your skin can handle shaving against the grain, by all means do it.” It all depends on how sensitive your skin is and how close a cut you want.

After each stroke, rinse off your razor. This will keep it clean so it cuts efficiently.

If you’ve been shaving with a less-than-totally-clear mirror, you might find you missed some spots. Solve that problem by touching up with an electric razor after your skin has dried. Once your face is clean, Fenton recommends applying a moisturizer (scent-free if you have sensitive skin).

Next, deal with any injuries. For example, if you regularly find your skin irritated after shaving, a good trick is to rub some over-the-counter hydrocortisone cream on the inflamed bits. This can bring down the swelling.

What if you’ve actually cut yourself though? First, apply pressure to stop the bleeding. Then cover the tiny wound with a product like Vaseline or Aquaphor to help it heal, says Jaber.

Finally, make a habit of checking your razor after you shave. A clean, sharp blade will work more smoothly than a dull one, and it will tug less. So change ‘em regularly! Jaber recommends watching the razor for gunk like whiskers and dried-up shaving cream. Too much buildup serves as a reminder that you should retire your blade.

Even with the best precautions, shaving can still irritate your skin, especially in the winter, when it’s drier. Shaving less frequently can alleviate this problem.

“I’m a big fan of the trend these days,” Fenton says, “where you can get away with shaving every other day.”

Everyone’s skin and hair is different, and some struggle with irritation and ingrown hairs more than others. “For some people, shaving is a real chore,” says Jaber. “No matter what they do, they’re going to have bad ingrowns.” This is particularly tough if you have an ingrown-hair condition called pseudofolliculitis barbae, which more commonly affects men of color.

If shaving causes you serious problems like this, consider alternative ways to get rid of your hair. “In those situations, laser hair removal can be really life-changing,” Jaber says.

Another option? Grow a beard.