Field & Stream's outdoors skills expert examines the finer points of honing a knife with a stone. 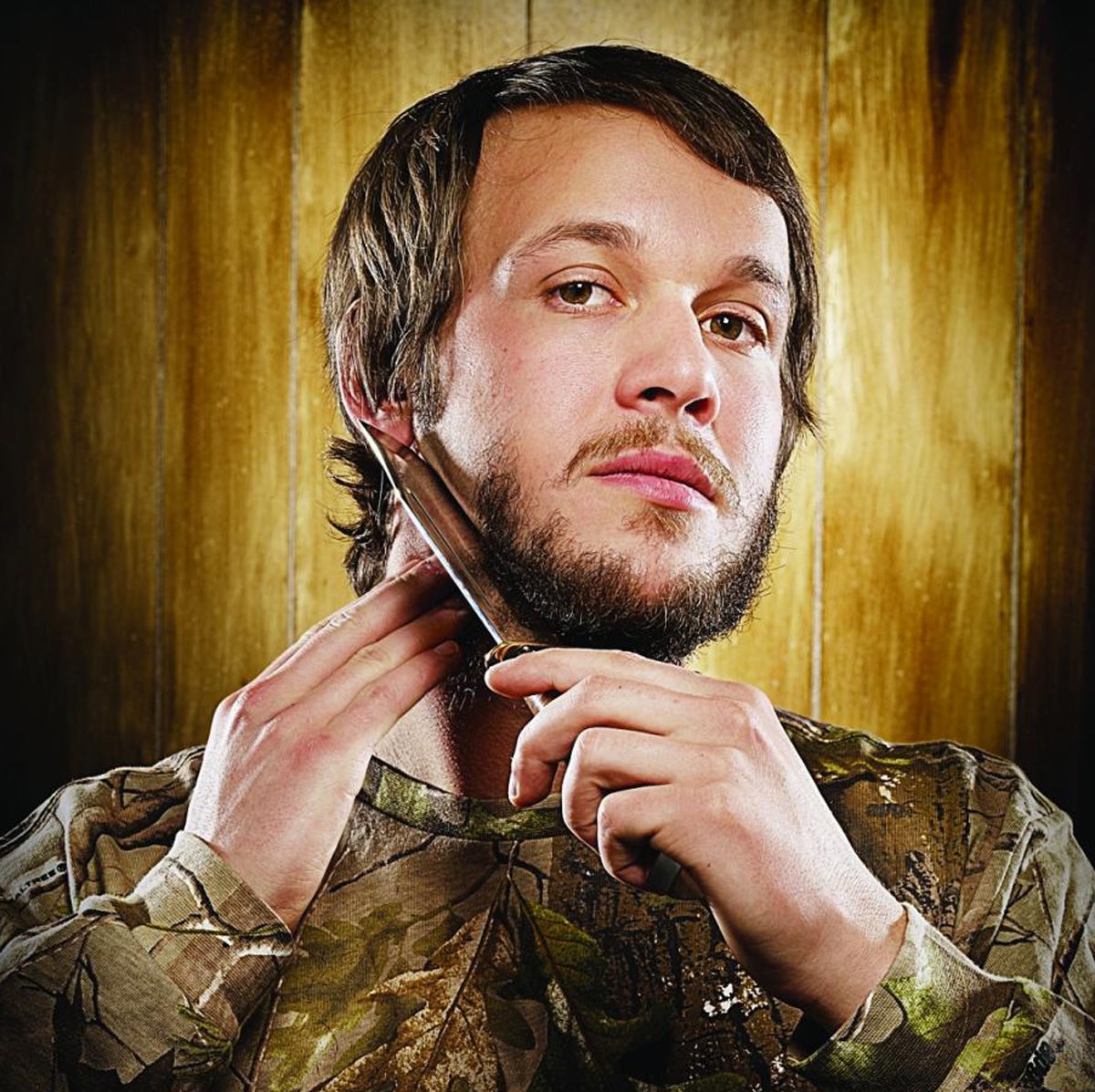 This story was originally published on Field & Stream

By now just about everyone has heard of 127 Hours, the critically acclaimed movie inspired by Aron Ralston, the climber who was pinned by a boulder in Utah and spent an hour sawing his arm off with a dull knife blade. It’s a dramatic film, but I don’t think moviegoers would have had to close their eyes for as long if Ralston had carried a pocket hone in his pack, or even a piece of fine-grit sandpaper.

Sharpening a knife so that it is keen enough to sever your limb, or, less drastically, skin and butcher a deer, really isn’t that difficult. All you really need to render a serviceable edge is a stone, a little spit and a steady hand, and even the spit is debatable.

Traditional bench stones have largely been supplanted by diamond-encrusted surfaces and synthetics including ceramics and Japanese water stones. I still prefer a good Arkansas bench stone like the one at right ($70; knifeart.com), but as a rule the type of stone is not as important as its grit equivalent. One that sports a medium-coarse grit (325 to 400) on one side and medium-fine 600 grit on the other will cover most sharpening bases.

Grandpa invariably prepared his stone with oil, on the assumption that it was needed to “float” away metal particles during honing. Today, many experts recommend using water or no lubrication at all. Shell out the extra sawbuck or two for a bench-size stone about 2 1/2 inches wide by 8 inches long. It will have a more substantial surface that will sharpen a blade more evenly than a smaller stone.

Correct the knife’s bevel and burr

Most hunting or utility knives are ground to an edge bevel of about 20 degrees. The easiest way to maintain that angle is with a blade guide that clamps over the knife’s spine, such as the DMT Sharpening Guide ($12; sharpeningsupplies.com). Drink decaf to keep a steady hand and you won’t need a guide for blades shorter than 4 inches. Place the edge against the stone at the correct angle and use either your thumb or two fingers on the back of the blade to guide it. With light pressure, push the blade away from you, imagining that you are slicing off a thin sliver of the stone.

Keep sharpening the same side, counting strokes, until a thin ridge of steel, called a burr, is raised on the other side (you can feel it by running your finger past the edge). This means you’ve ground the bevel completely flush with the stone. Only then should you turn the blade over.

Using the identical number of strokes, repeat the process on the other side. The blade should now be sharp enough to catch on your thumbnail and shave hairs off your forearm. If you use your knife mostly for slicing cuts—field dressing, butchering, cutting cord and wood—stop right now. The medium-coarse stone leaves microserrations in the steel that give it more edge surface and bite for performing general camp chores. For whittling and skinning, particularly fine detail work like caping a head for a trophy mount, or if you just want to show off by shaving your beard, you’ll need to progress to a finer-grit stone.

Add the finishing touches to your blade

To render your blade razor sharp, repeat the procedure with a 600-grit stone surface. This removes some of the microserrations left by the coarser stone. Afterward you can polish the edge even keener with a 1,200-grit stone or a leather strop, which I prefer. Prepare the strop—a wide leather belt will suffice—with a one-time application of a rubbing compound such as aluminum oxide. Place the blade nearly flat against the strop with the edge facing you and stroke the blade down its length, spine first. Flip the blade over and draw it back up. A dozen reps should do it.

I recommend supplementing your bench stones with a lightweight field sharpener made by gluing 400-grit wet-dry sandpaper onto a thin board. It’s just the ticket for touching up an edge when you’re halfway done boning an elk—or you need to get through that last inch of gristle and muscle that attaches your hand to your forearm.

How to sharpen a knife in the field

There are all sorts of knife sharpeners with guides that keep modern woods wussies from hurting themselves, but none of them works terribly well—at least not the ones I’ve tried. And these contraptions are not designed to be used when you need them most: when you’re standing over 800 pounds of dead elk and need a blade that is scalpel-sharp.

The best tool I’ve found for sharpening in the field is the Sportsman’s Steel, made by Gerber. It is now discontinued but still easy to find online. An elongated steel wedge 5 inches long by 7⁄8 inch wide, it pivots in and out of a leather case. The steel is coated with super hard chromium carbide. Learn how to stroke your blade along its side, and your knife will be sharp enough to shave with even after you’ve just butchered a bull.

Step 1: Pivot the steel so it forms a right angle with the leather case. Hold the case so that the steel points either away from you or back over your hand (the two positions work equally well). At the rear of the steel, hold the knife blade with its spine raised 20 degrees, sweeping it forward as though you’re cutting yourself a nice slice of carbide. Now change your grip and do the same thing with the other side of the edge, this time slashing toward yourself. Do I have to remind you that injuring yourself in the field not only can be catastrophic but also makes you a sorry excuse for a sportsman?

Step 2: Alternate strokes until the blade feels sharp. It should take no more than 10 on each side, because this thing really peels the steel. The key to using the Sportsman’s Steel is keeping the edge angle at a constant 20 degrees. If you can’t do that, you’ll never get the knife sharp. If you’re unskilled, first practice with a cheap knife that you don’t care about wrecking.

Step 3: Switch to the flat surface of the Sportsman’s Steel, which features a finer grit for a better finishing edge, and give the blade half a dozen alternating strokes. You’re done.