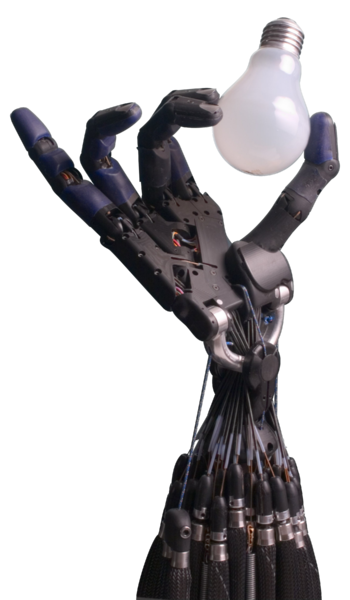 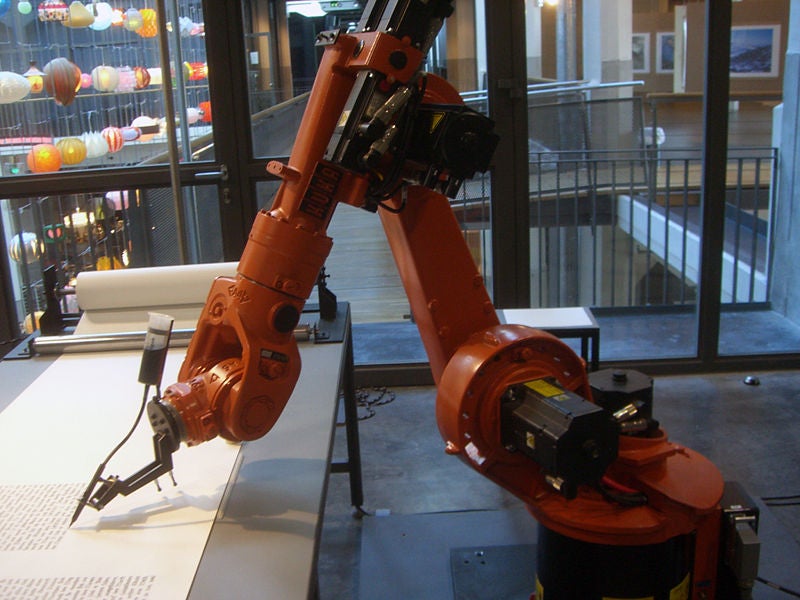 While they’re practicing word processing over calligraphy, it’s easy to think of CuratedAI’s algorithmic poets being, in a sense, a quill with no writer.

There are innumerable blogs dedicated to posting prose and poetry. CuratedAI, however, is a collection of machine generated creative writing that launched last week. ​The poems and prose come from multiple different artificial intelligence programs selected by human beings. If the Turing Test is a (debatably) subjective way to measure a machine’s passable humanity, then poetry is the subjective cheat sheet.

“Creating a poem once the machine is trained is easy,” says Karmel Allison, creator of Curated AI.

The project’s name is itself an apt title for the work done by humans for the site: the implementation of an artificial intelligence designed to write, and the curation of what it has written. It’s hard to not entertain fantastical, sci-fi thoughts in the interview process of such a story.

When a stranger answers a string of emails about their AI writing site in consistent 3-5 minute intervals, and remains faceless on the phone, the first few minutes feel a bit like it could be another AI layer of the concept. Ultimately, she passed humanizing scrutiny.

Allison says CuratedAI is the progression of a pet project in neural networking poetry. Enjoying writing her own poetry the old fashioned way for years, she is impressed by the generation of readable (even appreciable) poetry by machines. For her, it’s a postmodern exercise. While that may seem like chin stroking art language for many, it seems pretty straightforward in this application:

“The reading is more in the reader than the writer, obviously,” she says. “You can talk about what the creator was trained on, or how the creator works, but not the creator’s intent— maybe the algorithm writer’s intent, but it’s a step removed, which is more fun for the reader, I think.”

Allison, a Bay Area resident, has worked as a software engineer and data scientist for a decade. In an ironic juxtaposition, she currently works with biological data at a biotech company building a DNA sequencer. When asked which is harder to write: poetry, or poetry algorithms, she has to think. “I guess writing good poetry is harder, right?” Allison asks, pausing. “I haven’t personally, or through a machine, produced e.e. cummings yet,” she admits. “But it is easier to produce a much larger body of work, to that end. There’s just more work in the selection and the generation.”

Sometimes writers ramble, and their editors may sift through some nonsense. That’s par for the course in poetry and prose, be it by man or machine. The latter does not struggle with words on the tip of the tongue: Allison’s algorithm Deep Gimble I accesses its 190,000 word vocabulary to crank out its creations in under a minute. That’s not too shabby: educational publisher McGraw Hill estimates that the average person uses approximately 10,000 words in their writing, with Shakespeare’s plays using a mere 33,000.

Abstract though poetry may be, there are common sense measurements: a 190,000 word vocabulary is not utilitarian. Allison admits that some of the more grandiose word choice can be jarring, and her algorithm does avoid this. As in humans, much of that verbal vault goes undisturbed for good reason.

Beyond the cutting room floor, machine art produces “normal” art’s effect to different response: a good manmade poem makes one pause, contemplate, and nod with artistic approval. A machine accomplishing that is very impressive for very different reasons. Creativity in the traditional sense is nonexistent here. Instead, the work generated is impressive from a computational standpoint.

Still, reading an excerpt from “Gimble” in a poem titled “Madness,” makes one wonder how detached we can be from a machine’s ability to synthesize what reads as a believable abstraction on such an emotional and human subject:

It’s a hard transition from the immersive moment of poetry to the “author’s” bio on Curated AI: