Six health conditions a smartwatch can detect before you can

It’s almost like wearing your doctor around your wrist. 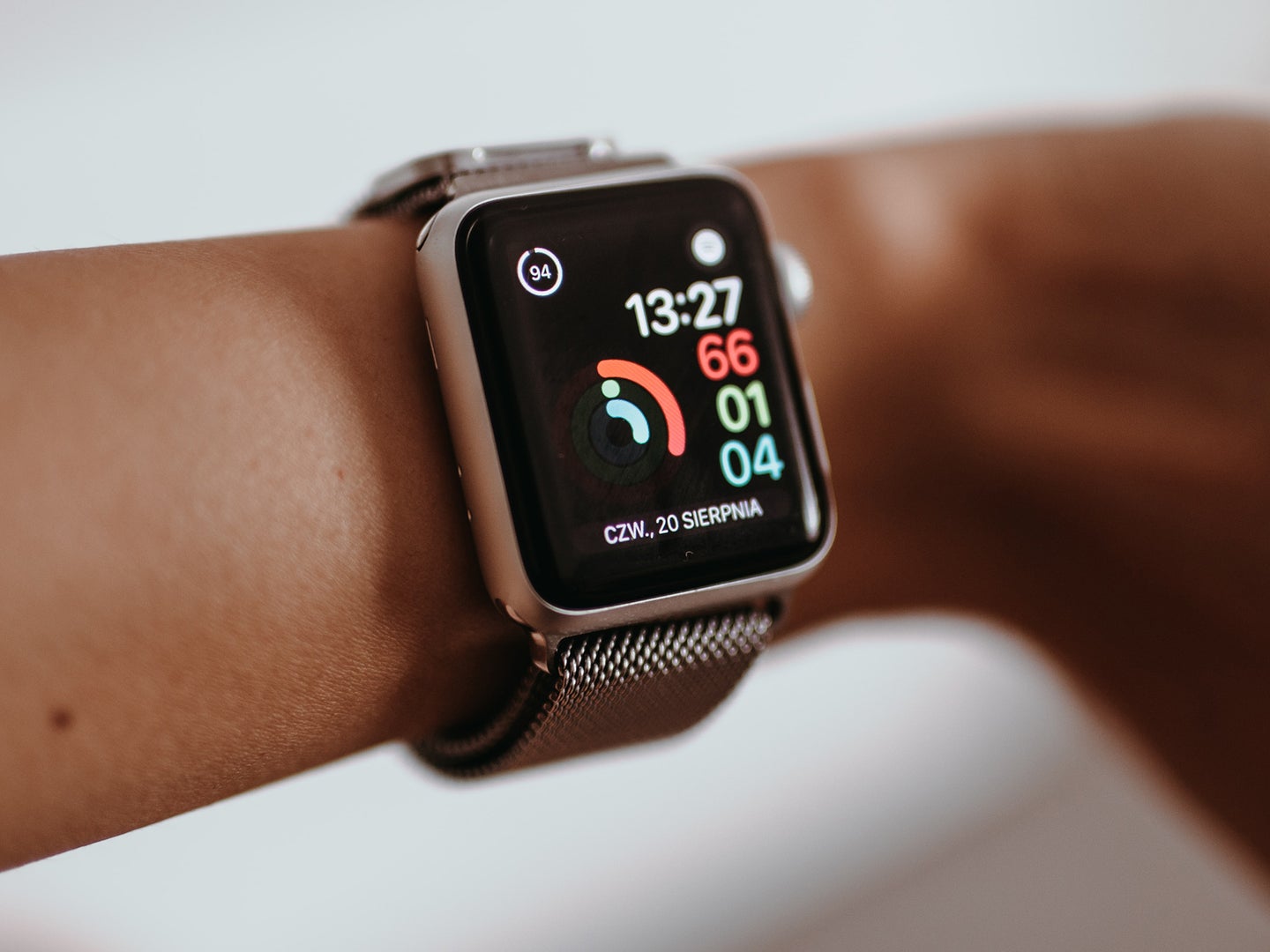 Smartwatches started out as a shortcut to check your messages and alerts without pulling your phone out, but they’ve evolved to become so much more. Now, when you attach a wearable to your wrist, you’re not only carrying an extension of your phone, but also a device that helps you monitor your health and wellbeing.

And just as you can use your smartwatch’s stats to celebrate a full week of going to bed early, your device can also help you spot and tackle some common health issues.

This is not a doctor you’re wearing around your arm though, so it’s worth pointing out that these detection features are only advisory—they don’t replace a visit to your primary physician, but they can definitely tell you when it’s time to swing by their office to get that checkup.

Just about every smartwatch out there will warn you if you’re spending too much of your day sitting still. Being hunched over a laptop all day with little to no exercise has been directly linked to severe health issues such as diabetes, obesity, and even premature death.

You can use any smartwatch you like to set goals for yourself and follow your own routine, but if you want proactive alerts that buzz your wrist every time you’ve been sitting still for far too long, your options include any Apple Watch and the Fitbit smartwatches. Unfortunately this feature is not natively available on Google’s Wear OS, but you can plug the gap with third-party apps.

If you own a Fitbit smartwatch, for example, open up the Fitbit app on your phone, tap your avatar (top left), and then pick the device you’re using. The Reminders to Move entry on the next screen lets you turn the setting on and off.

If you’ve never heard of it, atrial fibrillation is a heart irregularity in which the upper chambers of the heart flutter instead of beating as normal, which means the organ cannot pump blood as efficiently, increasing the risk of clots. This can result in coronary failure or even a stroke. The good news is that when diagnosed at an early stage, treatments like drugs or surgical procedures can minimize the risk of harm due to this condition

To properly detect the signs of atrial fibrillation, your smartwatch needs an electrocardiogram (ECG) function, which records the tiny electrical signals that your heartbeat produces. You can find this feature in the most recent smartwatches from Apple, Samsung, Fitbit and Withings, and they can look out for atrial fibrillation signs and warn you if you should consult a doctor.

Check the instructions that came with your smartwatch for properly running an ECG. In the case of the Apple Watch 4 and later, make sure it’s fitted snugly to your wrist and then launch the gadget’s dedicated ECG app—the one that looks like a red heartbeat scan on top of a white background.

People who suffer from sleep apnea stop and start breathing irregularly while they’re sleeping. Left untreated, it can lead to higher blood pressure, an increased risk of a stroke, and difficulty concentrating during the day. Although these effects can have severe consequences in the long term, this condition is still vastly undiagnosed. Luckily, this is where a smartwatch can come in.

At the time of writing, there’s no smartwatch that will specifically warn you about sleep apnea, but they’ll all be able to identify periods of restless sleep. This might mean sleep apnea, though it’s not a particularly precise way of being alerted to it. If this condition is a concern of yours, look for a smartwatch with a blood oxygen saturation (SpO2) sensor, which can help monitor sleep in more detail.

The Withings ScanWatch is perhaps your best bet for catching this condition since it includes a SpO2 sensor, and is pending regulatory approval as a medical-grade sleep apnea detector. Meanwhile, Fitbit is testing an app update that would be able to detect sleep apnea from the data its devices collect, though it’s not available in any products yet.

An SpO2 sensor, sometimes also called a pulse oximeter, can detect issues with your breathing—a possible sign of lung disease—and a growing number of wearables come with one. However, it’s not on the same level of accuracy and precision as an ECG feature is for atrial fibrillation, since the sensor can only spot one indicator out of several.

You may have noticed Apple making a big deal out of the blood oxygen sensor built into the latest Apple Watch 6, making this device one of your options if you’re looking to detect these sorts of problems. Such a sensor is also available in the Samsung Galaxy Watch 3, the TicWatch Pro 3 running Wear OS, and a variety of Fitbit and Garmin smartwatches.

If you’re using a Galaxy Watch 3, open up the Samsung Health app from the app gallery, scroll down the list, pick Blood Oxygen, and follow the instructions on screen. A normal reading is typically between 95 and 100 percent, but this can vary from person to person. It’s important to remember these sensors aren’t yet as accurate as medical devices, so if you get a reading that is outside of these parameters, keep in mind that even if it’s worth checking with a doctor, it might be nothing.

We should all be keeping a close eye on our stress levels, especially during the troubling times we’re living in. Accumulated tension can lead to high blood pressure, fertility problems, insomnia, and an elevated risk of heart attack, among other health issues.

The latest Fitbit Sense smartwatch has a strong focus on stress-busting. It comes with an electrodermal activity (EDA) sensor that measures electrical activity in the skin, which can be used to compute your stress levels—the lower your score, the more stressed you are. This is not an integrated Fitbit feature though, so you’ll need to launch the EDA Scan app from the watch to get a reading.

Other smartwatches offer tools to help deal with stress, too. The Apple Watch, for example, comes with Apple’s own Breathe app that encourages regular deep breathing and meditation. While this is an alternative and most smartwatches can now detect prolonged periods of high heart rate, none of them is so direct and purpose-built as the EDA sensor in the Fitbit Sense.

Smartwatches are still incapable of detecting if the wearer has an increased risk of developing diabetes, but heart health company Cardiogram is currently investigating it in the hopes of developing an app for it.

They currently make apps for Wear OS and the Apple Watch, which can also collect data from devices made by Garmin and Fitbit. The idea is to use deep learning techniques to extract more from your heart rate readings than your smartwatch can do on its own.

Recent research shows Cardiogram’s algorithms can spot diabetes through the wearables that are on the market today. However, testing and research is ongoing, and this isn’t yet a feature of the Cardiogram apps that you can use today.