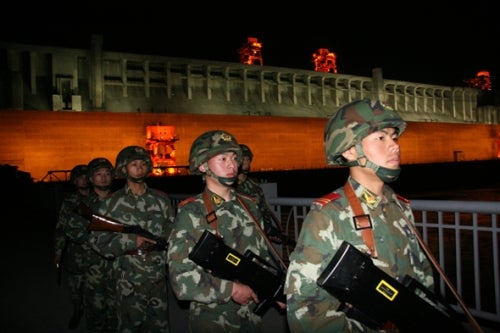 In this circa 2013 picture, Chinese armed police carry blinding laser rifles, ostensibly to knock out the optics on drones and armored vehicles. Xinhui, via China Defense Forum
SHARE 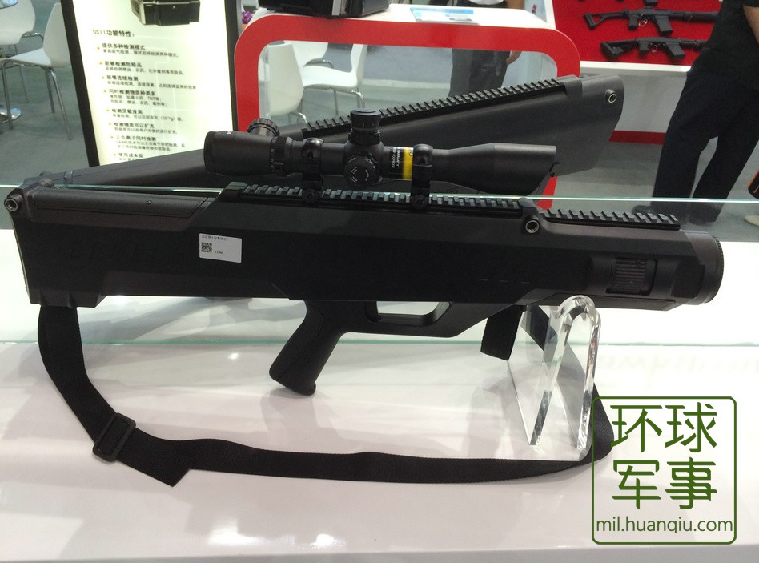 The PY132, seen at a December 2015 police expo, uses its powerful laser to blind enemy sensors and cameras. It even has a telescopic sight to aim directly at say, the thermal/night imaging sight of a tank (but never the eyes of enemy infantry!).

The official PLA Daily December 9th 2015 edition announced that Chinese soldiers are now in possession of laser guns. This was not a counter to the success of Star Wars: Force Awakens, but rather the revelation of new responses to the spread of new technology like unmanned systems. 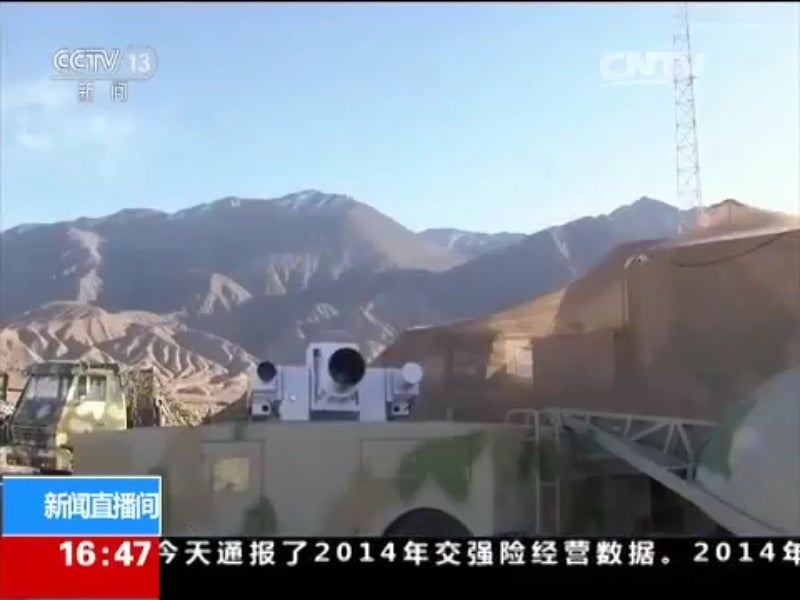 The LAG II is now being evaluated by the PLA for anti-drone missions. This laser is powerful enough so that when linked to a fire control radar, it could potentially also shoot down enemy artillery shells, rockets and missiles.

International conventions like the 1998 Protocol on Blinding Laser Weapons ban the use of lasers and blinding weapons used against people; however the optical and thermal sensors on vehicles, aircraft and robots are still fair game. For example, the PY132A laser is one of the systems displayed at a domestic Chinese police expo, presumably for usage against rogue and terrorist drones. Chinese defense contractors are also marketing the Low Altitude Guard laser turret for shooting down small UAVs as a police and law enforcement tool (though it also has a more powerful military counterpart). This framing of laser weapons and armed robots in law enforcement situations suggests that in addition to traditional arms transfers, Chinese influence in these realms could also come in the form of paramilitary high tech weapons. 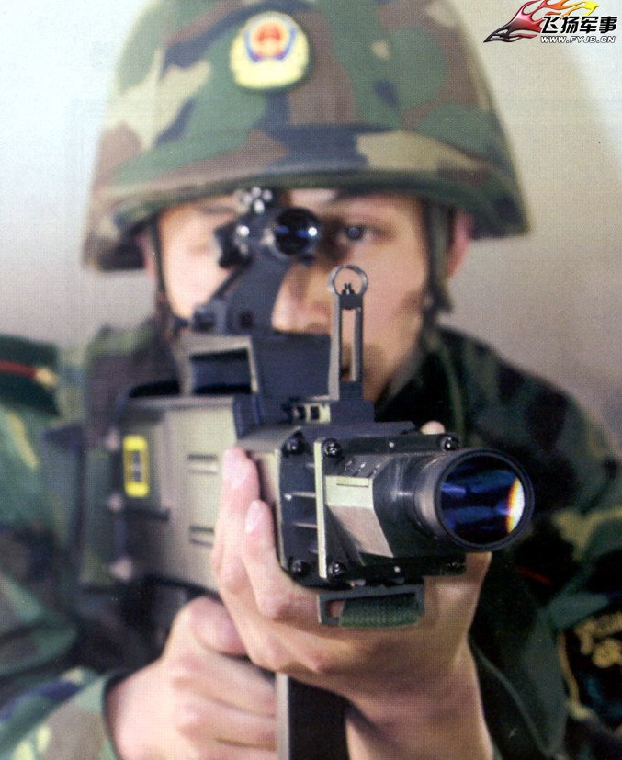 In combat, laser rifles would be useful for a wide variety of situations; soldiers in urban combat could use the PY132A, WJG-202 and BBQ-905 laser rifles to destroy the sensitive thermal imagers of enemy tanks or blind slow flying UAVs. Special forces could use them to knock out enemy security cameras and sabotage sensors. Such uses meet the international protocols in definition, but there are still concerns. When used against the sensors of manned aircraft such as attack helicopters, the beam scattering effect of all lasers, blinding ones included, means that pilots’ eyeballs could become “collateral” damage. The BBQ-905 is another Chinese laser rifle that could eventually be offered for export, perhaps to foreign police forces (China is looking to sell other direct energy weapons for ‘law enforcement and counter-terrorist missions’.

While we probably won’t see PLA troops carrying blasters or phasers on the battlefield any time soon, such advances in Chinese military technology point to another area where science fiction will become battlefield reality in the 21st century. Combined with an evident willingness to envision the use of use of laser weapons in tactical situations, the availability of such new weaponry makes it probable that Chinese soldiers, systems and vehicles could carry lasers for a wide range of missions in the future.