Why People Are Kissing Camels On Social Media 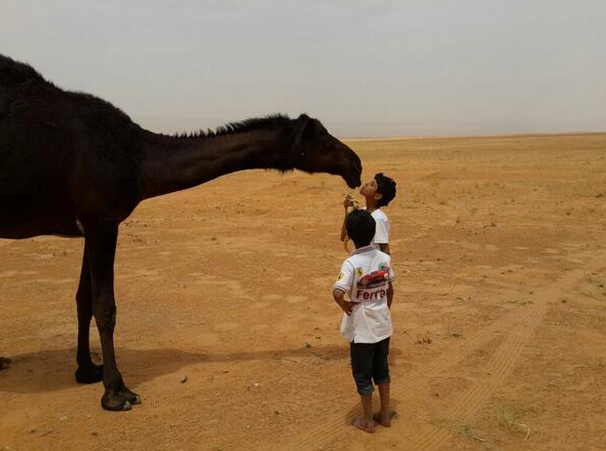 Health authorities in Saudi Arabia recently warned people to stay away from (sick) camels and to avoid raw camel meat and milk, after research suggested that the animals carry Middle East Respiratory Syndrome (MERS), a viral respiratory illness that has sickened at least 571 and killed 171 people, according to the World Health Organization.

Rejecting that warning, some have instead seized upon the occasion to canoodle with their camels, posting photos and videos to social media services like Twitter.

It seems like a strange protest, but there’s something behind it. As noted by the Washington Post:

Well, there you have it. I can’t say I blame camel farmers for being upset by the news, but if you are a camel farmer and get your camel-caressing advice from _Popular Science_–I would advise against such dromedary camaraderie for now.

Below is a video of a man kissing one of his camels, “pouring scorn on the warnings to be cautious with the animals,” according to Gulf News. “Do sneeze in my face,” he said as he hugged one camel, according to a translation by the site. “They claim camels carry the coronavirus,” he sarcastically added.