Volvo’s Anti-Fender-Bender Tech Hits the Brakes For You 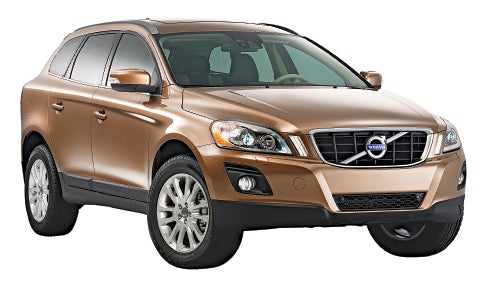 Even the most attentive driver can become distracted, especially in city traffic. Now Volvo has your back with City Safety, a feature on the XC60 crossover SUV that can prevent or mitigate accidents and injuries at around-town speeds. We tested the technology in a dare-you-to-crash demo, steering the XC60 toward a bright-colored inflatable car at 10 mph and resisting the powerful urge to hit the brakes. The system worked like a charm, quickly stopping the 4,200-pound Volvo and avoiding a crunch with a few feet to spare. 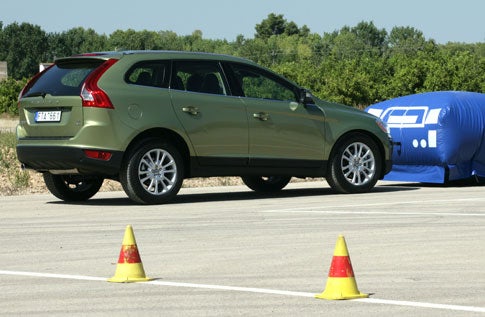 This slow-speed experiment might not sound dangerous, but Volvo notes that 75 percent of all accidents occur below 19 miles per hour, and half of those cause whiplash or other injuries. And as anyone who’s set foot in a body shop knows, even minor collisions can mean costly repair bills or insurance rate hikes.

City Safety calculates the distance and closing speed to the car ahead by beaming a laser mounted near the rearview mirror. A sensor detects reflections from a car’s tail lamps, license plate or body metal. Get too close, too fast, and the system applies up to 50 percent of the vehicle’s stopping power. It’s designed to come on late and hard—to be unpleasant enough that drivers won’t get lazy and let it handle everyday braking. The system shuts down at speeds below roughly 2 mph to avoid needless stops when you’re crawling in close traffic. At approach speeds between 10 and 19 mph, the system won’t always prevent that fender-bender, but sharply slowing the vehicle will reduce the damage. 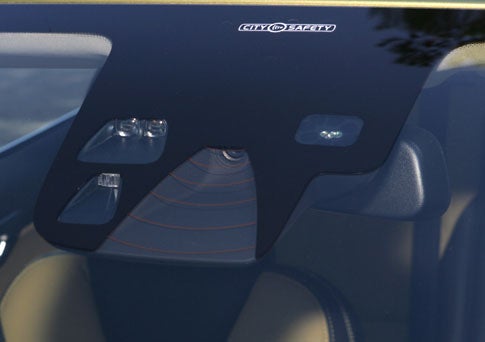 The XC60 has eyes at the top of its windshield

As the manual warns, City Safety may not be entirely foolproof: As with adaptive cruise-control systems that use radar or lasers, heavy fog, rain or snow may block the sensor from picking up reflections from cars ahead, and City Safety doesn’t recognize people, animals, bicycles or most stationary obstacles. A sonar-based system, offered on the new S60 sedan next year in Europe and in 2011 in the U.S., will detect pedestrians and apply up to 100 percent of stopping power to prevent a human catastrophe.