Ask Us Anything: How Common Is Scientific Fraud?

Short answer: At least one in 50 scientists is doing something fishy 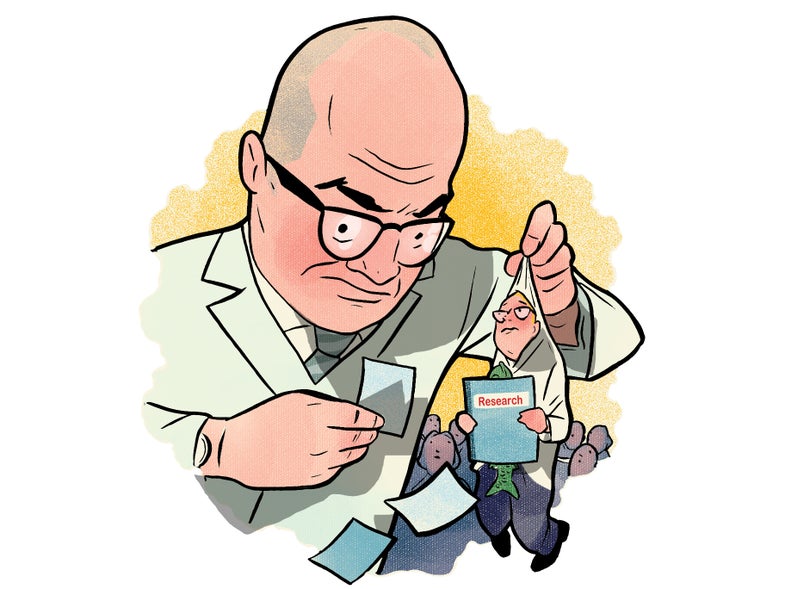 The troubling truth is that scientists who lie to their peers are rarely exposed. A February investigation revealed that most scientific fraud uncovered by inspectors for the Food and Drug Administration never gets identified as such in the academic literature. Similarly, in the PubMed database of biomedical research, only one in 10,000 recent papers, or 0.01 percent, has been retracted (most often for fraudulence).

Other measures of misconduct, however, hint at much higher rates. Daniele Fanelli, a senior research scientist at Stanford University, pooled data from 18 surveys and found that almost 2 percent of scientists admitted to fabricating or falsifying their work or manipulating data. When asked whether they’d ever seen misconduct among peers, 14 percent said they had. Fanelli then compared survey answers between decades to spot changes in how these shenanigans come to light. “Scientists have become less likely to admit misconduct,” he says, “but they’re no less likely to report the misbehavior of their colleagues.”

Fraudsters today may be cagier for fear of getting caught, or perhaps misconduct itself has become subtler and harder to assess. To gauge this softer form of fraud, Fanelli examined bias in the scientific literature. Published data is now more likely than ever to show positive results that support a scientist’s hypothesis, he says. Researchers may toss out data points that don’t seem right or run experiments many times and publish only the best results. Such gentle coaxing in the lab may even be unconscious.

Whatever is driving the trend, interesting patterns emerge. Fanelli found that bias varies between fields: Psychology and psychiatry are most afflicted, while astrophysics shows very little bias. Papers out of U.S. labs tend to give stronger or more positive results than the same research queries in Europe or Canada, perhaps due to greater competition or pressure to publish. Growing awareness of misconduct might have made rogue scientists savvier. “They now know where to stop before what they do is considered intentional fraud,” Fanelli says.