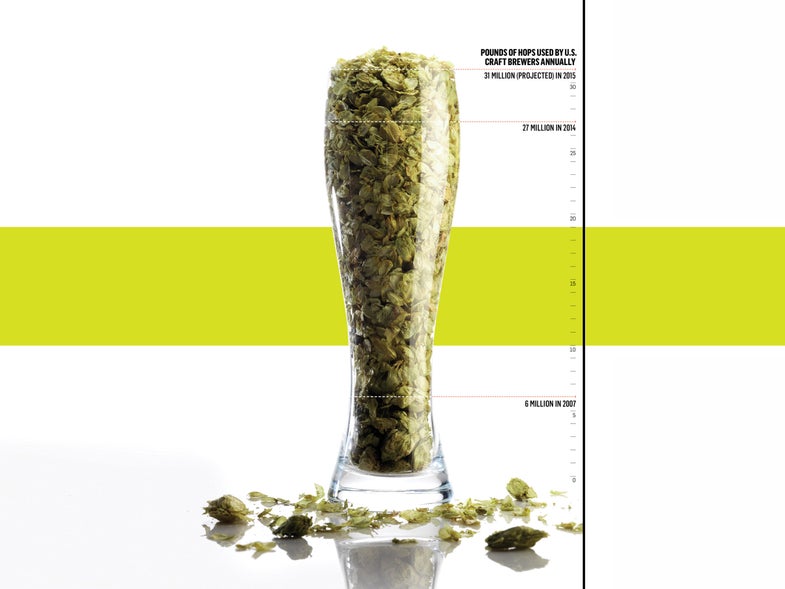 Even the diviest bar’s tap list will tell you: The craft beer boom is upon us. In 2014, the U.S. was home to 3,200 craft breweries; this year, a new one will open every 16 hours. The trend is a boon for adventurous drinkers, but it’s stretching the hop supply dangerously thin.

“The demand is unprecedented,” says Steve Miller, hop specialist at Cornell University. Hop consumption has nearly quadrupled in the past decade, thanks in part to the popularity of super-hoppy India Pale Ales, which now account for more than a fifth of the craft beer market.

“Craft brewing is sucking up every pound of hops in the U.S. Growers can’t expand fast enough.”

–Doug MacKinnon, former director of the Hop Growers of America

Washington’s Yakima Valley, a hotspot for domestic hop producers, can’t keep up, so single-acre hop operations are popping up on other types of farms across the country. Growers in New York, Minnesota, and Colorado provide local brewers with hops that reflect a distinctive regional terroir. In return, many brewers agree to share up-front costs, guaranteeing a market for the harvest.

“The locavore movement has gone beyond the salad bowl to the pint glass,” says Tom Britz, founder of Glacier Hop Ranch, which supplies 18 Montana breweries. This new, more diverse model may buoy the rapid rise of craft breweries. And a sustainable supply of pumpkin peach ale is something we can all drink to. 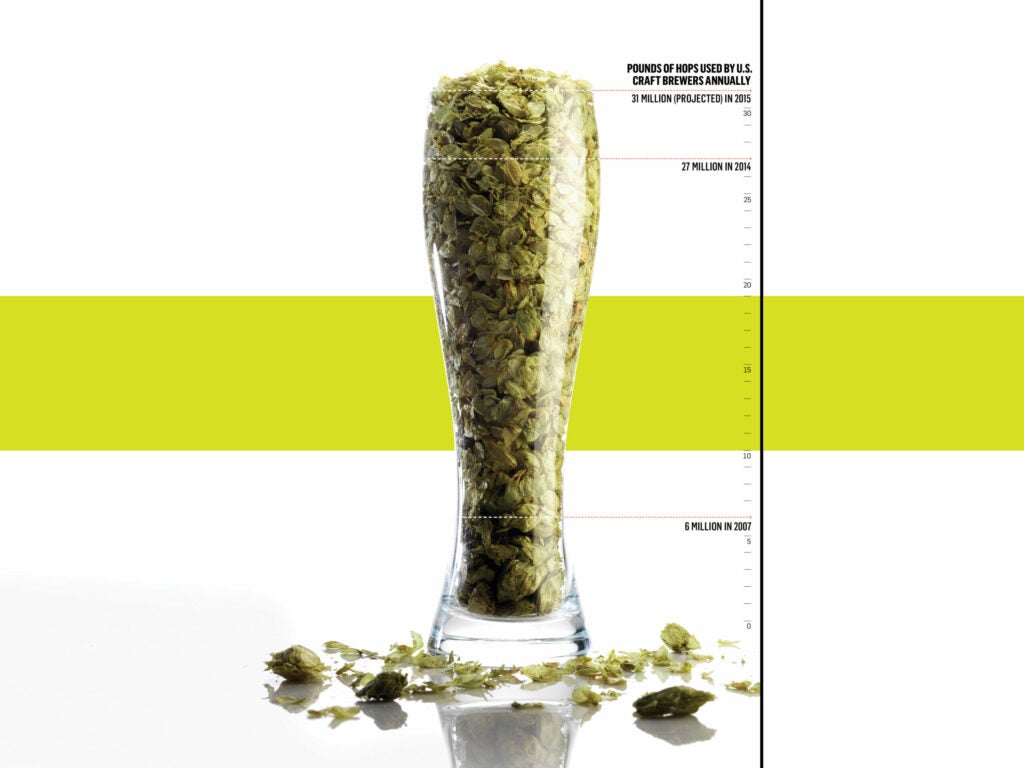