Part of a balanced Cretaceous breakfast 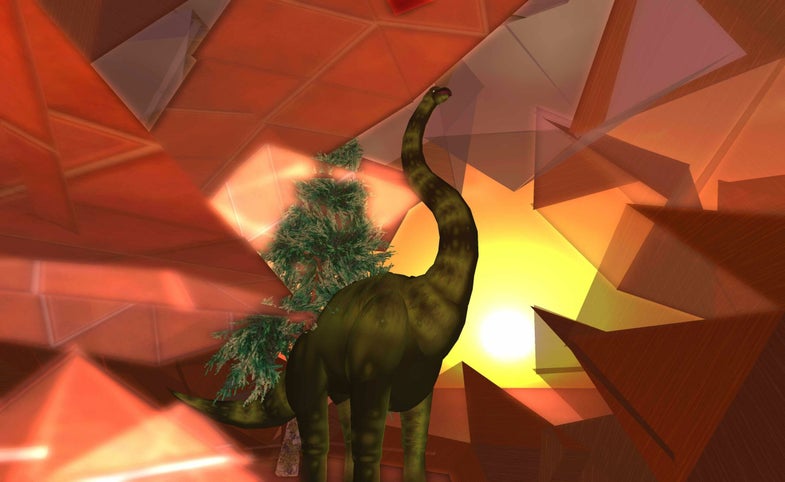 What do the Salem witch trials, LSD, and dinosaurs have in common? They all have some connection to ergot, a fungus known to cause hallucinations, poisoning, and other terrible symptoms both in humans and animals. The ergot fungus grows on grains and grasses in wet, cool climates, and it has a long and sordid history. Ergot is used to derive the drug LSD, and it is also considered a possible cause for the mass hysteria of witch trials. You know how it goes: People eat bread made with ergot-contaminated grains, they start having visions, they accuse their neighbors of being witches… it’s just a classic tale as old as civilization. Or maybe even older.

Scientists recently announced the discovery of a fossilized bit of grass in Myanmar that is between 97 and 110 million years old. Encased in amber, it is the oldest fossil of grass ever found, and it gives scientists a clue as to when and how grasses (including many of the grains we eat today) evolved. It’s an exciting find in and of itself. But the researchers also noticed that coating the tip of the spike was an extinct fungus, Palaeoclaviceps parasiticus that turned out to be very closely related to ergot. 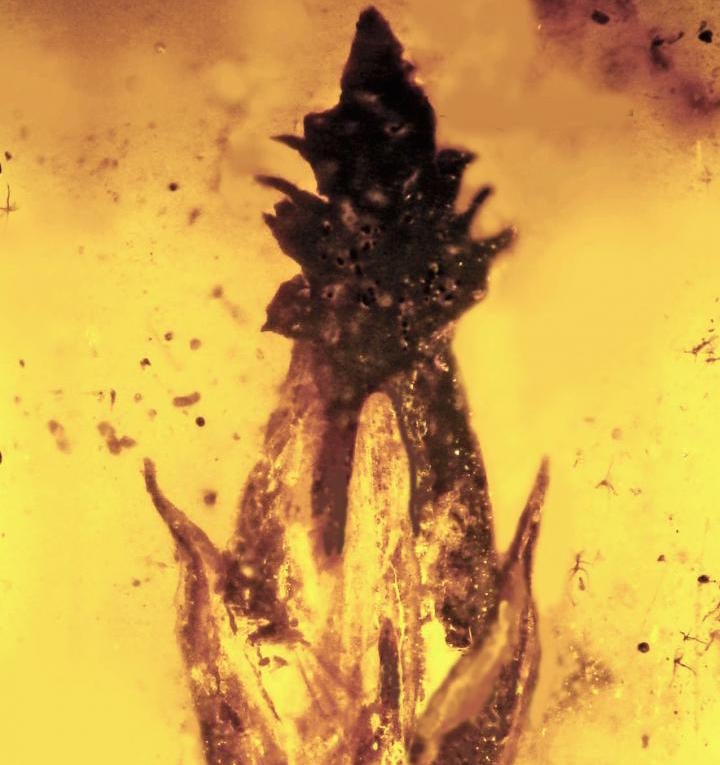 This grass (with tip covered in the fungus ergot) is 100 million years old. Preserved in amber, it is the earliest fossil of grass ever found.

So, did Littlefoot eat LSD? “There’s no doubt in my mind that it would have been eaten by sauropod dinosaurs, although we can’t know what exact effect it had on them” said paleo-entomologist George Poinar, Jr. in a press release.

Most likely, there were other dietary options available to dinosaurs at the time. Plants like conifers were the vegetation of record back in those days, and grasses were only just starting to evolve. Today, grasses make up 20 percent of vegetation on the planet. Some researchers believe that ergot-like funguses evolved along with grasses. Plants infected with the fungus have a built-in herbivore repellent: ergot tastes bitter, and its ancestor may have repelled plant loving dinosaurs like Littlefoot,