A tiny version of one of history's most powerful trebuchets 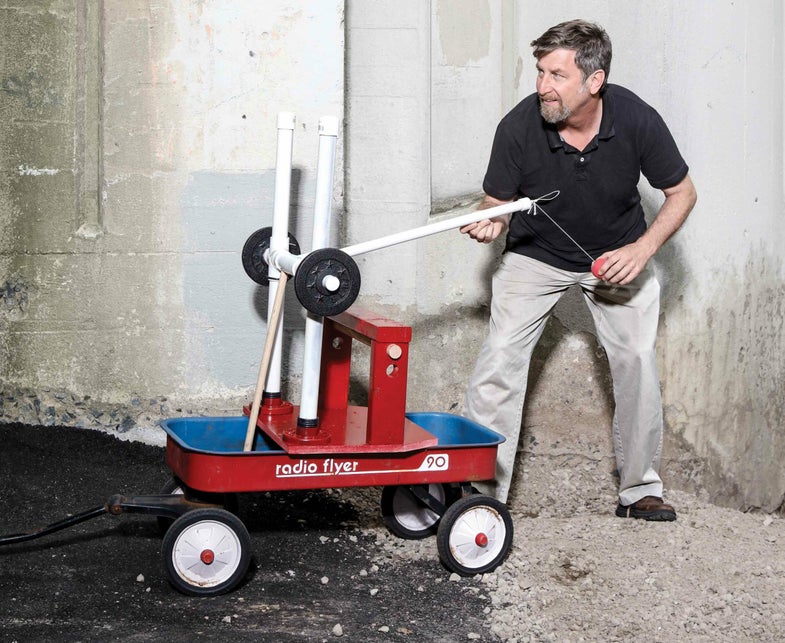 Around the turn of the 14th century, England’s King Edward I led his soldiers north to battle Scottish rebels. Eventually, he cornered his foes at Stirling Castle in central Scotland. Outside the castle walls, his English engineers built a phalanx of huge trebuchets. A trebuchet uses the force of gravity to fling projectiles. Its power comes from a counterweight—often a box that’s filled with stones or sand—connected to a lever arm. The other end of the arm is attached to a sling that holds a missile, such as a large rock. By raising the counterweight into the air with a pulley system and then letting it drop, the lever sends the boulder flying with great precision.

Edward’s trebuchets, perhaps the most powerful ones ever made, even had their own names, such as the Forester and the Vicar. The biggest was erected last. Called Ludgar, also known as Warwolf, it had enough power to fling 300-pound projectiles. By the time it was completed—four months after the siege began—the Scots were ready to surrender. But Edward was eager to test his new weapon. Unwilling to waste the time and effort spent on his deadly toy, Edward ordered the Scots back inside the castle and continued the siege. With its first toss, Ludgar broke down an entire 12-foot-thick castle wall, according to 14th-century chronicler Peter Langtoft. By the time Edward was ready to accept surrender, only 50 of the castle’s 120 defenders remained to crawl out of the rubble.

Inspired by Ludgar, I decided to make my own trebuchet. For this miniature version, I built a framework of plastic piping mounted on a stable wooden base. For a counterweight, I repurposed a pair of 5-pound barbells. A wood prop holds the weights in place and also acts as a trigger: When I pull it out of the trebuchet, the weights slide down a pair of guide rails, causing the throwing arm to flip from one side of the trebuchet to the other.

To throw a projectile—a golf ball or small water balloon—I attach a string to my missile, tie a loop in the other end, and slip the loop over the trebuchet’s arm. When the arm flips, it hurls the projectile high and far—toward an imaginary castle.

How To Build A Model Trebuchet

A counterweight-powered catapult, or trebuchet, is a fairly straightforward machine. I made mine from PVC pipe screwed onto a wooden base. PVC isn’t a particularly strong material, but if you don’t go overboard with the amount of weight, it gets the job done. To build your own, use the assembly diagram and list of instructions below.

WARNING: Always wear safety glasses in case a pipe breaks, and keep all parts of your body away from the falling weights and fast-moving throwing arm. 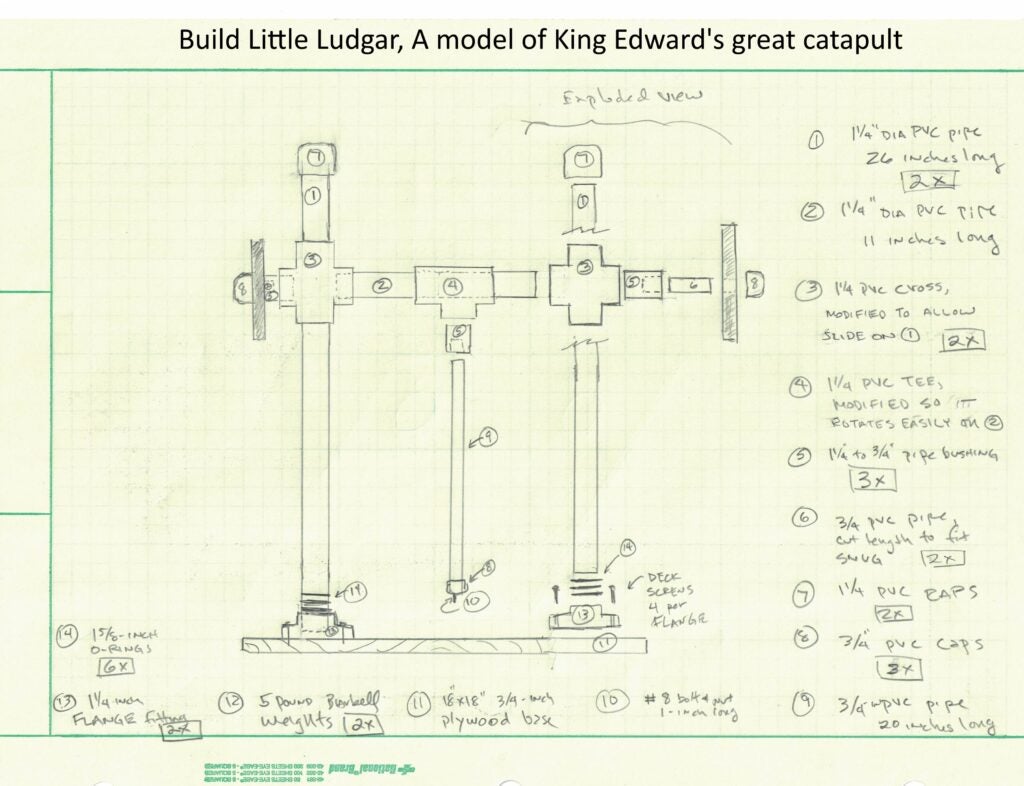 Use this list of materials and assembly drawing to build your own version of Ludgar the Warwolf.

This article was originally published in the September/October 2016 issue of Popular Science, under the title “A Mini Medieval Siege Weapon.”