How To Turn A Clothespin Into A Matchstick Gun

Update your desktop arsenal with this creation 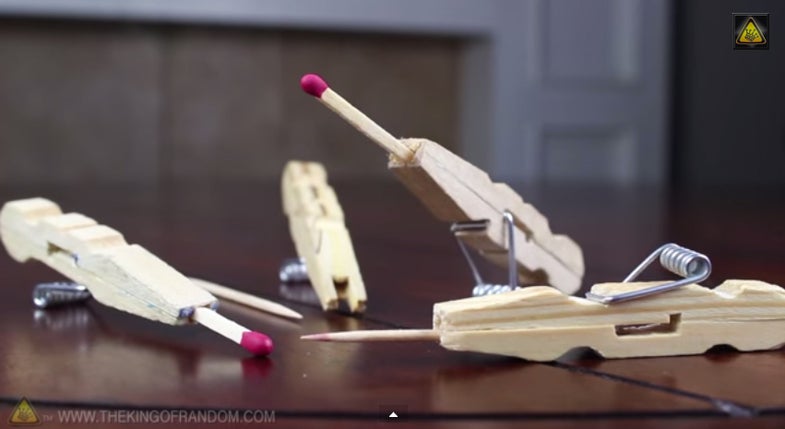 DIY enthusiast Grant Thompson, who previously made a 10-penny battery that powered a small light for almost two weeks, is at it again. Inspired by another project tutorial, Thompson created seven variations of a mini-pistol that can fire matches over 20 feet.

Take apart the clothespin by removing its metal spring, then hold the two wooden clips back-to-back. With the utility knife, carve out a barrel for the matchstick ammunition. Then glue together the two parts, back-to-back. After allowing time for the glue to dry, slide one end of the metal spring through the space between the clips, and place the other end over the outside notch. Now load a matchstick, and there you have it: a mini-sized pocket pistol that shoots matchsticks and toothpicks.

Watch the video for the full how-to.

Warning (via Grant Thompson): “Projectiles should never be shot at any living thing. Injury or damage may result. Lighting match heads and firing them indoors is strongly discouraged. Competent adult supervision is advised when using the device. There may be other risks associated with these projects that have not been disclosed, or of which I am not aware. Use of video content is at own risk.”