Best use of a six-pack in a while 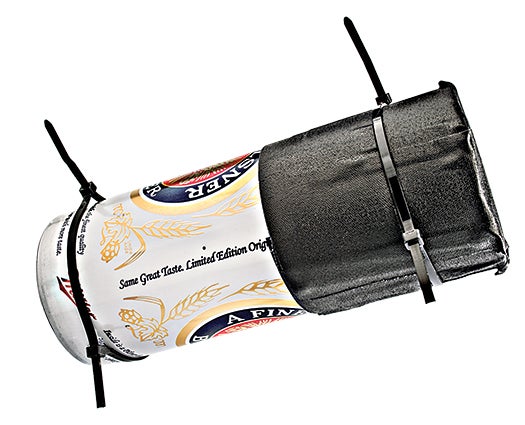 Here's another way to reuse empty beer cans. As photographer Justin Quinnell explains, it's the perfect material for creating a pinhole camera. Honorable mentions go to Quinnell's other photography projects, which include eye-shaped camera obscuras and images taken from inside the photographer's mouth. Dan Bracaglia
SHARE

In a world of digital cameras and instant gratification, photographer Justin Quinnell embraces pinhole photography, a technique hundreds of years old. He uses beer cans and photographic paper to record the gradual shift in the sun’s path over the course of several months. Quinnell originally designed his simple beer-can solargraph camera for students at Falmouth University in England, but early experimentation quickly blossomed into a personal obsession. “The indestructibility of a pinhole camera opens up some fun possibilities,” he says. “The only viewfinder you need is your imagination.” Build and deploy your own by following these steps.

1) Remove the can’s top with a can opener, and poke the middle of its side with a pin. Next, cut out the disc and notched strip from the black card stock.

2) Wrap the strip around the can’s base, and bend the notches inward at a 90-degree angle. Tape the disc on top of the notches to form a removable black lid.

3) Move everything into a darkened room. Turn on the red light to see, and insert 1⁄2 sheet of photo paper into the can facing the pinhole. Put tape over the pinhole.

4) Tape the lid over the can’s open end, and secure it with gaffer tape. (Use plenty of tape to ensure the camera is light-tight and waterproof.)

5) Take the project outside, aim the pinhole toward the southern sky, and vertically fasten the can to a signpost with cable ties. Uncover the pinhole.

6) Wait a month to a year (the longer the exposure, the more solar tracks appear). After the wait is over, cover the pinhole and take the camera indoors.

7) Remove the lid, and blow-dry the photo. Place it on a flatbed scanner, and make one-—and only one—high-resolution scan. (Don’t do a preview scan!)

8) Open the image, enhance its contrast (e.g., via “auto-equalize” or “auto-levels” commands), and invert the colors. Save the image to your computer.

Approximate time to build this project: 15 minutes Cost: Less than $1 per photo Difficulty: 1/5 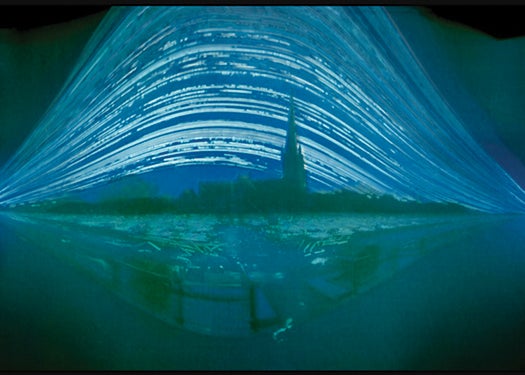