Excuse Me, Have You Seen A Shark? 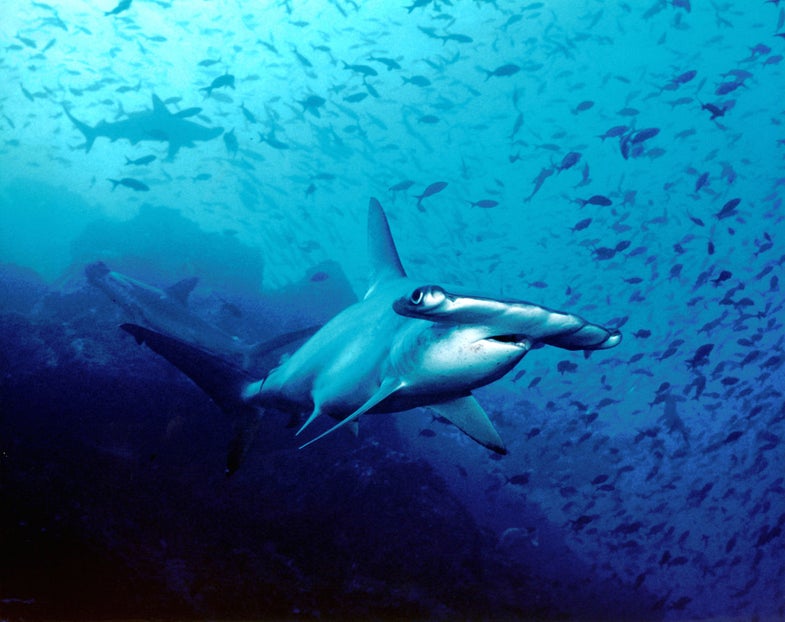 Sharks: Fast, fierce, and fascinating, they, and their ocean-going relatives, chimaeras and rays, are an important part of the marine ecosystem. But they are also greatly misunderstood and feared; some species have declined to near extinction in recent years. A new website called SharkBase wants to help change that.

SharkBase, as the name implies, is a citizen science-generated database of sightings of sharks, rays, and chimaeras. A project of the Support Our Sharks (SOS) Ocean Conservation Society, the goal is to get everyone who has seen one of these creatures, in the past, present, or future, to log that information in the database. According to the site:

“Traditional assessments of shark population abundance use invasive/potentially harmful methods,” the site goes on to say, “such as tagging and long-line capture. However, researchers have shown that Citizen Scientists can actually deliver data on shark populations comparable to conventional acoustic tagging methods, which are not only very costly, but also potentially harmful. SharkBase has been developed by internationally recognised shark scientists to ensure that the data collected will be used by the scientific community to improve the management of shark populations worldwide.”

You can log photos or simply sightings, or even if you didn’t spot one of these creatures directly, you can log someone else’s sighting if you know the date and location. Better still, you can let dive clubs and tour operators know how they can log sightings and contribute to saving rays, chimaeras, or sharks.

Nowhere near the water? No problem. You could do research based on the data from SharkBase, or give a talk to your school, club, or organization about sharks and SharkBase. And finally, you can raise awareness about SharkBase by sharing findings from the site on social media.

To get involved, check out the information on the Get Started page at this link.