Opioid risks are different for kids and teens—the guidelines should be, too 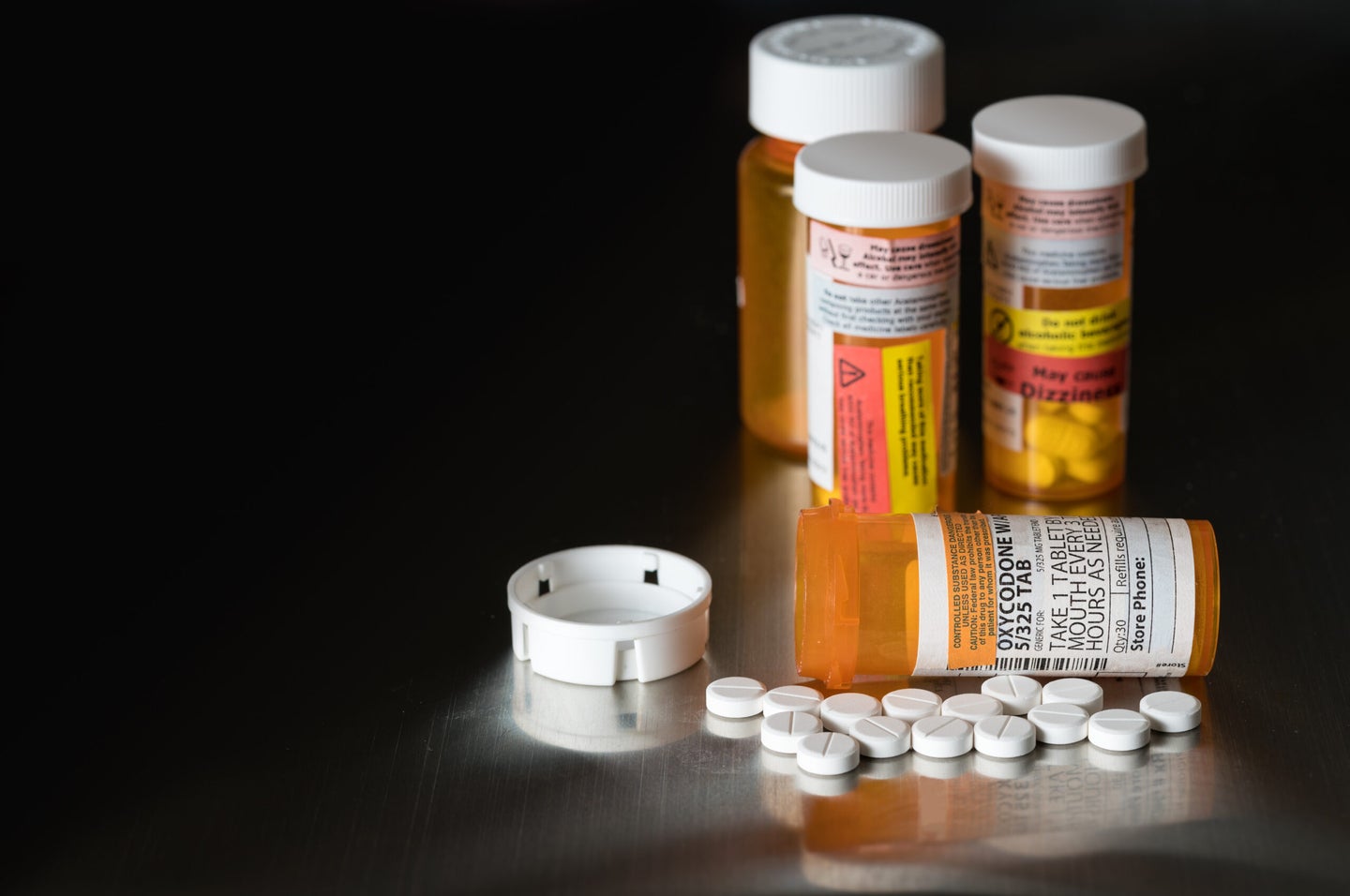 Oxycodone is the generic name for a range of opoid pain killing tablets. Prescription bottle for Oxycodone tablets and pills on metal table for opioid epidemic illustration. Steve Heap
SHARE

As the opioid epidemic took hold and expanded in the United States, physicians and medical organizations researched and created better guidelines for prescribing the drugs and preventing misuse. Those guidelines, though, have focused primarily on adults, says Florence Bourgeois, an associate professor of pediatrics at Harvard Medical School. That misses a significant portion of the population that might be at risk of harm from opioids: kids, adolescents, and young adults.

“Prescribing is different in adolescents and young adults, and the consequences might be different,” Bourgeois says.

A pair of new studies, published this week in the journal Pediatrics, turned attention to opioid prescribing rates in the pediatric population. Specifically, they addressed two subsets of that group: adolescents and young adults between the ages of 13 and 22, and children with chronic illnesses and other special health care needs.

Young adults are often lumped in with younger children or older adults in research, despite their specific health needs—and that’s been true for opioid research, even though that age group is at a higher risk for opioid misuse. The reasons why aren’t clear yet, but it might be because they’re more prone to risky behavior. In addition, prior analysis of opioid use in children and adolescents has not specifically focused on children with special health needs, who have different pain management needs than the general population.

“It is important to think about the unique aspects of each subpopulation. Some of the risks and things we need to think about are different, and won’t be covered by a one size fits all policy,” says James Feinstein, attending physician at the Children’s Hospital of Colorado Special Care Clinic and co-author on the study focused on children with special health needs. Teens and adolescents would face different potential consequences from overprescription of opioids, he says. “That’s going to require a different solution than the kids I take care of.”

Feinstein’s analysis of over 2,500,000 children under 18 with chronic conditions found that around 7 percent were exposed to opioids during a one-year study period. That’s more than twice the rate of opioid prescriptions in the general pediatric population. Many children under the umbrella of “special health needs” have conditions that cause significant pain, but that high of a rate was unexpected, he says. “Yes, there is probably some need for certain kids with special needs, but that number is still surprising and still higher than expected.”

Half of those with special health needs who were exposed to opioids were also on five or more other medications—which is a concern, Feinstein says, because many of those medications might interact with the pain killers. “It’s something where we have an opportunity to really improve safety.” In addition, many of the prescriptions were given after the patients were diagnosed with an infection, which he says was surprising, and only around 30 and 60 percent of patients had follow up visits at 7 and 30 days after the drugs were prescribed, respectively.

“I think it points out an opportunity for us to do better by these children in terms of managing medications,” Feinstein says.

Using a nationally representative sample of outpatient and emergency room visits, Bourgeois examined opioid prescriptions received by adolescents and young adults aged 13 to 17 and 18 to 22. Breaking out those to groups is critical, she says, because they have different risks than younger kids and than adults. “In adolescence we see a spike in drug adverse events because of intentional misuse,” she says. “That type of experimenting and risk taking is high in adolescents, specifically, 13 to 17.”

“Eighteen to 20 year olds are technically adults, but they’re often still living at home and treated by pediatricians, and their healthcare needs are different from other adults,” Bourgeois says. “Their vulnerability to misuse is different from a 40-year-old. That’s why we pieced them out specifically.”

The analysis found that 15 percent of emergency room visits by patients in these age ranges ended in an opioid prescription. Around 60 percent of patients in both age ranges with dental problems were given opioid prescriptions, and in young adults, half of the patients with clavicle fractures were given these drugs as well. By pointing out those high rates, Bourgeois says she hopes to push physicians to rethink how they manage pain in some of those specific conditions. “It’s important to critically think about how to appropriately treat pain,” she says. “We’re trying to highlight where the balance is, especially for things like clavicle fractures—do 50 percent of kids really need opioids?”

The results likely indicate that these prescribing practices are a deeply ingrained habit, and might be a sign of emergency room physicians translating their adult practices into kids. “It might be more important to limit opioid prescribing in adolescents even more so,” she says.

Having specific information about prescribing practices and opioid exposure in subgroups of the pediatric population is important to help physicians optimize their treatment plans and reduce the risk of opioids, Bourgeois says. “Until we define those precisely, we can’t refine treatment.”

It’s important to tailor pain management to the specific needs of the patient and patient population—some patients, Feinstein noted, need more than others. “In the clinic I help direct, I see kids with a skin blistering disorder, which is some of the most significant pain I have ever born witness to,” he says. “Opioids are good, but even so, as a clinician I am trying to think about at least several different alternatives to think about how we can tailor symptom management.”

One of the goals of her study, Bourgeois says, is to lay the foundation for more active conversations around pediatric opioid prescribing practices. “What I’d like to see is these studies inform specific guidelines tailored to the specific populations,” she says.

Many hospitals do focus on ensuring pain management is tailored to the specific needs of patients, and more research like these studies will help drive further awareness around opioid use in pediatrics. “I hope this will actually be more formal soon,” Feinstein says.