The KonMari method sparks the most joy when you tweak it

Not everyone has Marie Kondo to watch over them. 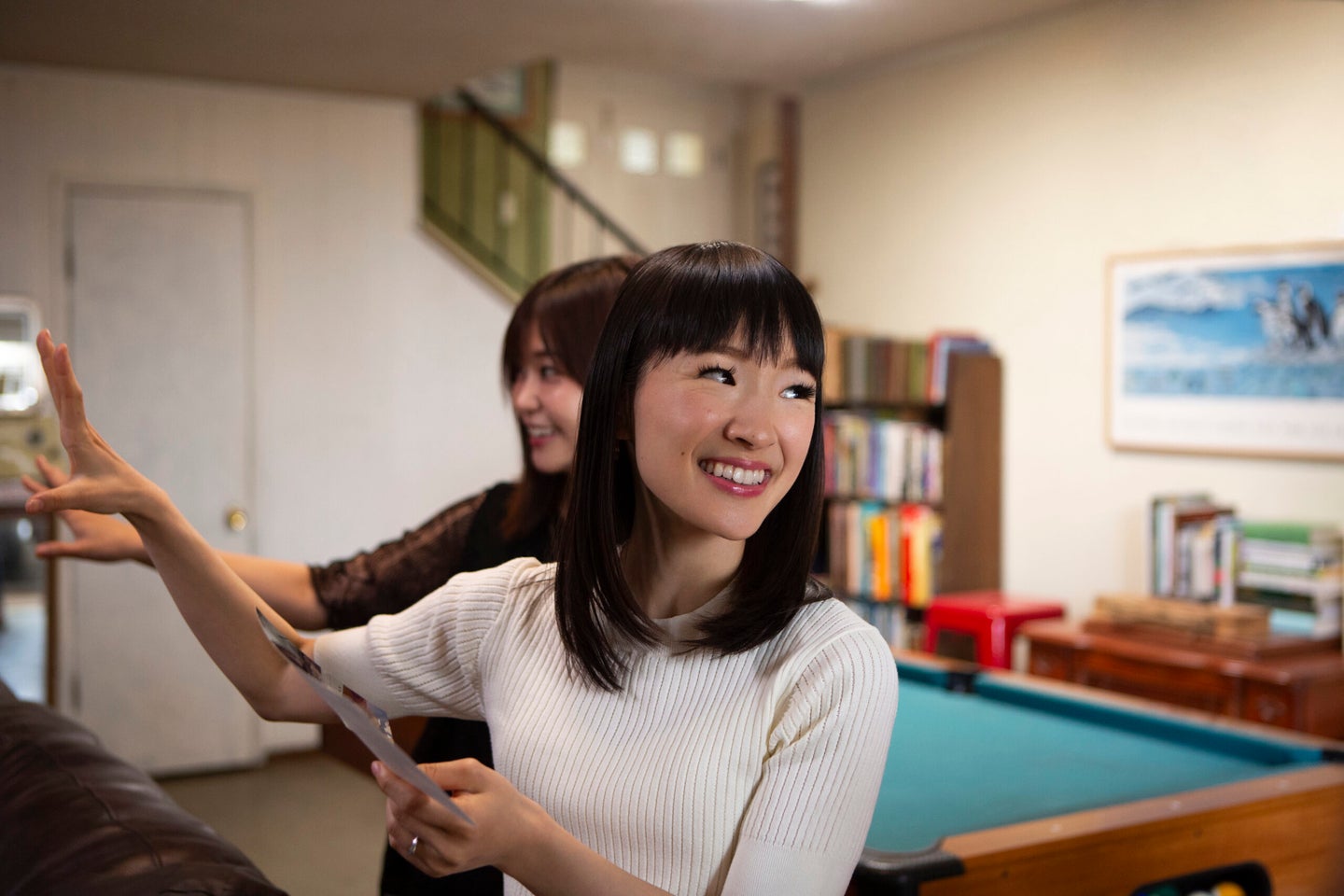 Have your friends recently begun obsessively folding their t-shirts, or explaining how they got rid of a book that no longer “brings them joy”? If so, they’ve probably been caught up in the new craze from lifestyle guru and “tidying consultant” Marie Kondo.

Kondo’s book, The Life-Changing Magic of Tidying Up, and her new Netflix series, Tidying Up with Marie Kondo, describe the “KonMari” method. This is a series of simple ways of reorganizing your home to get rid of clutter and mess. According to the author, following her method will not only lead to a cleaner, more organized household, but also to a more positive and happy lifestyle overall.

Can simply tidying up really be that life changing? I’ve been following the KonMari method as part of my “getting organized” New Year’s resolution and, after two weeks, I still have a clean office and my t-shirt drawer has never been more tidy. What’s more, I’ve felt hugely invigorated by the tidier space I’ve created. And, as a psychologist, I know that scientific research suggests that the effects of tidying may not just be a fad. But, without some careful consideration there’s also a chance it could end up making you feel worse.

The KonMari method prescribes not just simple tidiness, which removes objects from sight, but the paring down and organizing belongings so that you have precisely what you need, where you need it. There are several basic concepts for the KonMari method. First, tidy everywhere (the entire house) all at once rather than tidying a small bit at a time. Second, tidy by category (for example clothes or books) not by location. Third, bring every item in a category together and discard what you don’t want before putting everything else away. Fourth, and perhaps most importantly, only keep objects that “spark joy” in you when you handle them.

One of the obvious advantages to a tidy house is that being able to easily locate things will cause you less stress. But there’s actually evidence that clean and organized environments improve our ability to think. For example, a study of 80 people at the University of Navarra found that participants made more mistakes when undertaking a data inputting task in a messy environment than a tidy one.

Successfully accomplishing a task—such as decluttering your house—also has an enormous effect on your self-efficacy. This is our sense that we are competent, autonomous people who can learn, grow, and succeed. Self-efficacy gives a huge boost to our overall wellbeing, and psychologists have shown it can have influence in wide range of areas. For example, increasing self-efficacy in students has been shown to improve academic achievement. It has even been used to reduce symptoms of PTSD in trauma victims.

A particular advantage of the KonMari method is that it includes detailed instructions but still provides a fair amount of latitude for how to interpret it. The sense of joy that possessions should give you is not strictly defined, and individuals can choose how this feels to them. This may help to enhance the sense of accomplishment one feels when finished. Research suggests that indirect hints for finishing a task lead to a more positive experience than directly telling someone how to do something.

Don’t start what you can’t finish

However, it may not all be good news. The KonMari method is rigorous and requires commitment, time and energy to complete to its fullest. Without Marie Kondo standing over you, it may be difficult to complete, and failing tasks is usually detrimental to our psychological wellbeing. Research shows that if people give up on a task, they usually perform worse on subsequent jobs and engage in unhealthy self-blame.

One of the quirkier aspects of the KonMari method is the idea of thanking your possessions for their service, especially before you discard them. But research suggests viewing inanimate objects as “alive” may make us treat them more sentimentally, which could reduce our desire to get rid of them, running counter to the very idea of decluttering.

So, should you try the KonMari method? Based on the research and my own experience, the answer is yes but with some caveats. First, consider the time and resources you have available to devote yourself to the task, and ensure you set a goal that is feasible. Marie Kondo’s clients may be able to block out whole days to tidy their entire house under her watchful eye, but chances are you can’t. By creating an achievable goal, you increase the likelihood of success, and with it the psychological benefits.

Tweaking the KonMari method is also fine. Remember that using hints rather than directions is better for our sense of accomplishment. Finally, don’t feel you’re missing out if the thought of examining all your possessions for feelings of joy leaves you cold. There are plenty of other ways to increase your self-efficacy, such as writing self-affirming statements to yourself, and simply engaging in regular exercise. Plus the next revolutionary lifestyle trend probably isn’t far away.

Chris Stiff is a Lecturer in psychology at Keele University. This article was originally featured on The Conversation.