You can now buy naloxone in 14 states 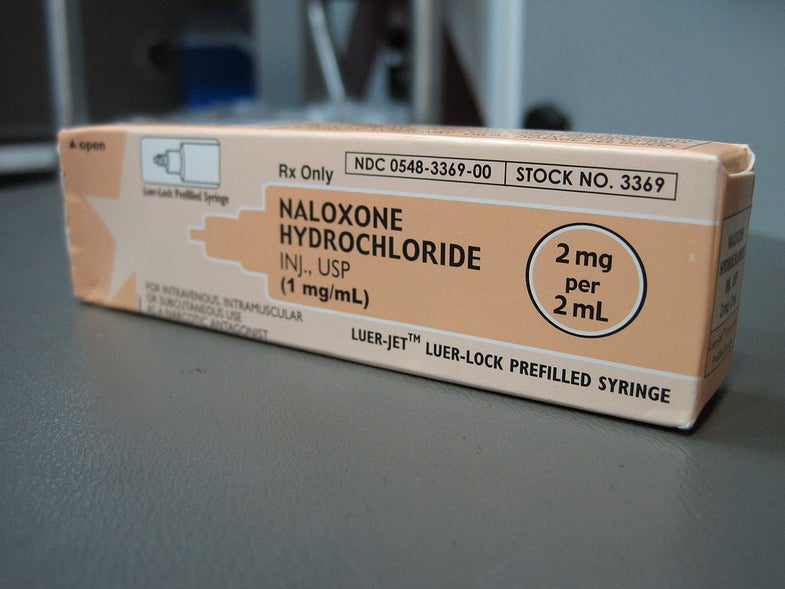 Mega-pharmacy chain CVS announced Wednesday that it will start selling naloxone without a prescription in 12 new states. Previously, only customers in Rhode Island and Massachusetts had over-the-counter privileges for the drug, which treats overdoses from opioids like heroin, morphine, and prescription pain medications like Oxycontin and Vicodin.

When someone overdoses on an opioid, the drug attaches to receptors in their brain and blocks signals that control their breathing. Naloxone works by knocking the opioids off the brain’s receptors, allowing an overdose victim to start breathing again within minutes.

“Over 44,000 people die from accidental drug overdoses every year in the United States and most of those deaths are from opioids, including controlled substance pain medication and illegal drugs such as heroin,” said Tom Davis, Vice President of Pharmacy Professional Practices at CVS, in a statement. “Naloxone is a safe and effective antidote to opioid overdoses and by providing access to this medication in our pharmacies without a prescription in more states, we can help save lives.”

The new states in which CVS will be selling naloxone without a prescription are Arkansas, California, Minnesota, Mississippi, Montana, New Jersey, North Dakota, Pennsylvania, South Carolina, Tennessee, Utah and Wisconsin.

CVS hopes to grow that list even more. “While all 7,800 CVS/pharmacy stores nationwide can continue to order and dispense naloxone when a prescription is presented, we support expanding naloxone availability without a prescription and are reviewing opportunities to do so in other states,” said Davis.

Some smaller independent pharmacies and other large chains, such as Walgreens, are also selling naloxone without a prescription.