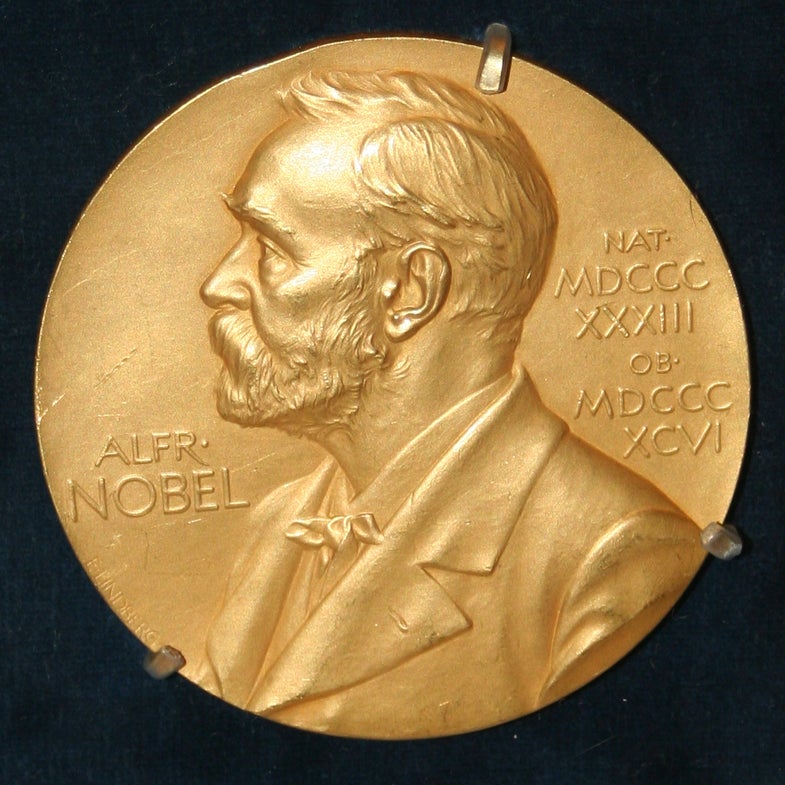 Early this morning, the Nobel committee announced the winners of this year’s prize in Physiology or Medicine. Half of the prize was divided between microbiologists, William C. Campbell and Satoshi Omura for developing a new treatment for roundworm, a parasite that can live in the human digestive tract. The other half of the prize was awarded to Youyou Tu, a Chinese scientist who helped create a new therapy for malaria.

“The two discoveries have provided humankind with powerful new means to combat these debilitating diseases that affect hundreds of millions of people annually,” the committee announced at a press conference. “The consequences in terms of improved human health and reduced suffering are immeasurable.”

Campbell, who is Irish-born and currently a professor at Drew University in New Jersey, and Omura, a professor at Kitasato University in Tokyo, received the prize for their discovery of Streptomyces avermitilis, the soil-based bacteria that led to the drug Avermectin. Avermectin was the first of a new class of drugs to safely and effectively treat parasitic infections such as river blindness and lymphatic filariasis, which together affect about 240 million people worldwide, mostly in Africa and Asia.

Youyou Tu, a pharmacologist at the China Academy of Traditional Chinese Medicine, discovered the active compound in the wormwood plant, which led to the development of artemisinin, a new class of antimalarials. When artemisinin was first isolated in 1972, the malaria parasite found in much of the world had become resistant to the most common treatments; in the decades since, it has become one of the most commonly prescribed antimalarials in the world. Today Tu has become the 12th woman to win the Nobel in medicine, and the first Chinese researcher to do so.

There’s no doubt that the drugs that these researchers helped discover have saved millions of lives. But, as Sharon Begley notes in Stat News, these researchers made their discoveries in the 1970s and 80s. And though it definitely takes time to understand the legacy of scientific discoveries, “the Nobel committee is still working through a two-generation-long backlog of scientific breakthroughs,” according to Stat’s newsletter. That means that the researchers behind the most innovative discoveries today may need to wait decades to get their due.