Ditch the stock Instagram filters for something more sophisticated. 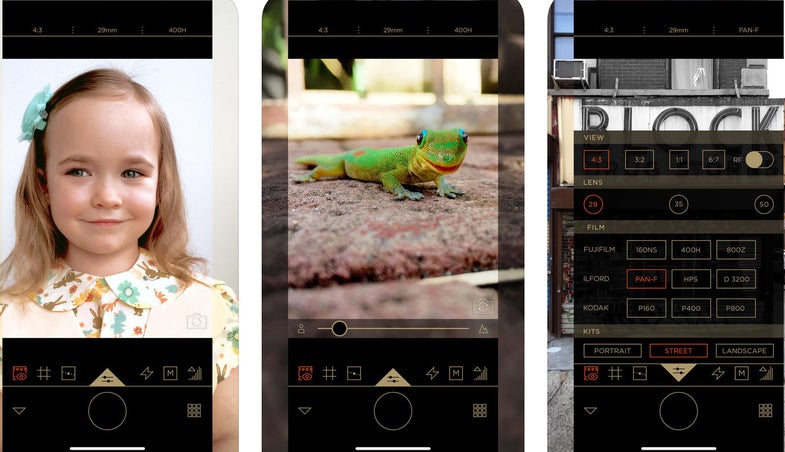 Google’s Snapseed is available on iOS and Android.

Smartphone cameras have gotten fantastic over the past couple years, but many of them have also developed a distinct aesthetic. The iPhone camera, for instance, often compresses your highlights with its HDR function in order to keep them from blowing out to pure white. And the Samsung Galaxy phones crank up the color saturation to levels that can look cartoony sometimes. Ultimately, smartphone cameras have a “look” and it can get boring after a while.

Think of a photo straight out of the camera as raw material. You can bring it into an editing app and finish it with touches like tweaking your exposure, dialing in your colors, and punching up the contrast to make it pop out of your followers’ Instagram feeds. Here’s a handful of apps that offer lots of options for turning your phone into a digital darkroom.

This full-featured app started off its life as a desktop photo editor, but made the jump to mobile when it hit the iPad in 2011. Now, it’s available on both iOS and Android and it offers a collection of 29 different tools and filters. The sheer number of editing options gives it a little bit of a learning curve if you’re totally new to photo editing, but it’s not so complicated that you can’t get the hang of it just using trial-and-error.

It can edit raw photo files, which give you more image data than JPEGs to help fix exposure errors and tweak the look. Plus, the basic free version has all of the basic editing functions you need without a lot of redundant filters. Get it for iOS and Android. 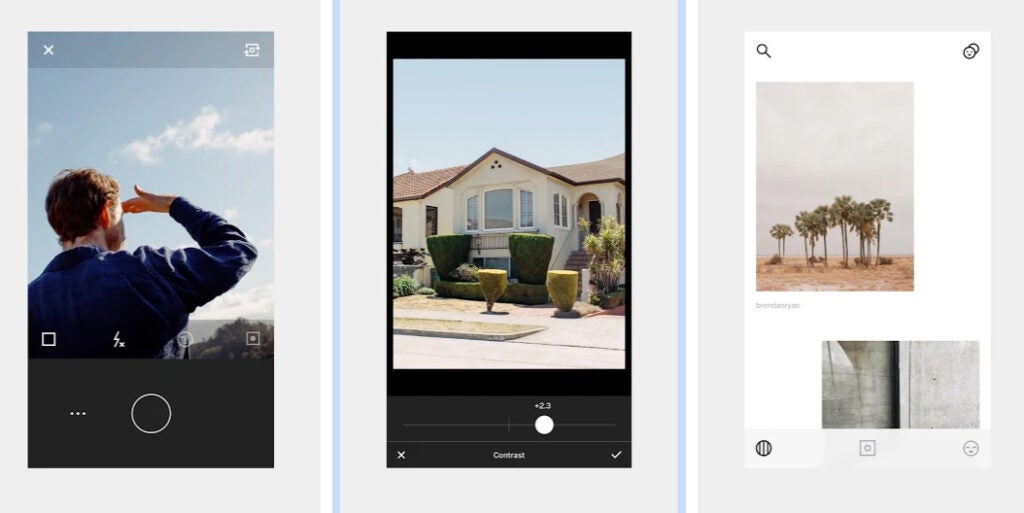 The VSCO app is available on iOS or Android.

The Visual Supply Company app puts a focus on filters that loosely emulate the look of film photography, but it does so with colors and tones instead of with cheesy vignettes and filters like the Instagram app. The interface takes a little getting used to—you’re supposed to swipe around the app to find everything—but once you’re in the editing process, everything is easy to find.

You can pay $20 annually to get access to all of VSCO’s filters, but they start to feel very redundant because there are so many of them and you’ll probably find yourself using the same one over and over. Most of the editing features work well, except for sharpening, which is OK in small doses but quickly gives your images harsh edges. Get it for iOS or Android.

Adobe’s Lightroom is one of the most popular desktop editing apps, even for professional photographers and the mobile version has a surprisingly complete recreation of its tools. It has handy features like the ability to copy edits from one photo and paste them onto another, so you can essentially build your own presets and filters if you have the time.

It also has a tight integration into the Adobe Creative Cloud, so you can sync photos from your dedicated camera and edit them on the mobile app and everything stays in sync.

The free version of the app gives you cataloging, sharing, and some editing tools, but if you want to get the most out of it, you need a Creative Cloud account, which comes with the desktop versions of Lightroom and Photoshop for $10 per month. It’s a great deal for a complete solution, but it’s overkill for users who just want to edit photos on their phones. Get it for iOS or Android. 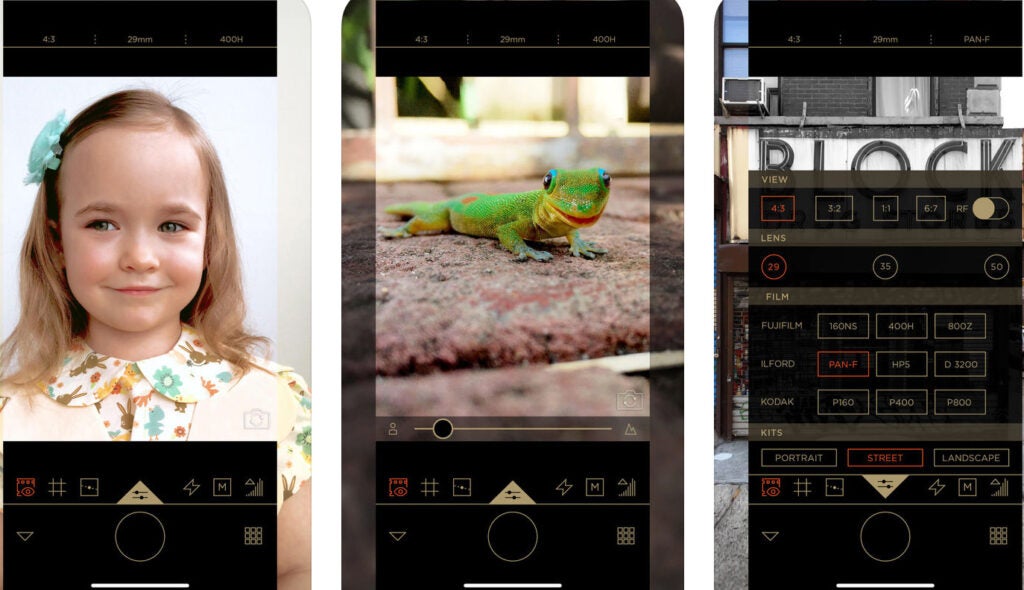 Filmborn is only available on Get it for iOS.

This iOS-only app emulates the look of film photography, but unlike VSCO, each of the Filmborn presets is tied to a real film stock. Mastin labs used reference scans to capture the looks of specific films that you can apply to smartphone photos. The filters don’t work with every image—I find they tend to work better if you overexpose your photos slightly—but the black and white filters are easily the best in any mobile app I’ve found, at least to my eye.

In addition to the filters, there are also standard editing tools, like cropping, sharpening, and exposure. There aren’t a ton of settings to go through, which I consider a plus since it helps expedite the editing process. Get it for iOS.

If you’re looking for something more casual and fun, then PicsArt is a good option for its glut of collage, text, and clip art options. It’s certainly not your best bet if you want to make a professional-looking photo, but if you want to mash a bunch of images together or put some text over them to make an interesting Instagram story slide, it’s loaded with options.

Just don’t go overboard with the effects, tempting as it may be. Your Facebook friends and Instagram followers will thank you. Get it for iOS or Android