Forget MS Paint—get these digital drawing tools and apps instead

You don't need paint or Paint to make a masterpiece. 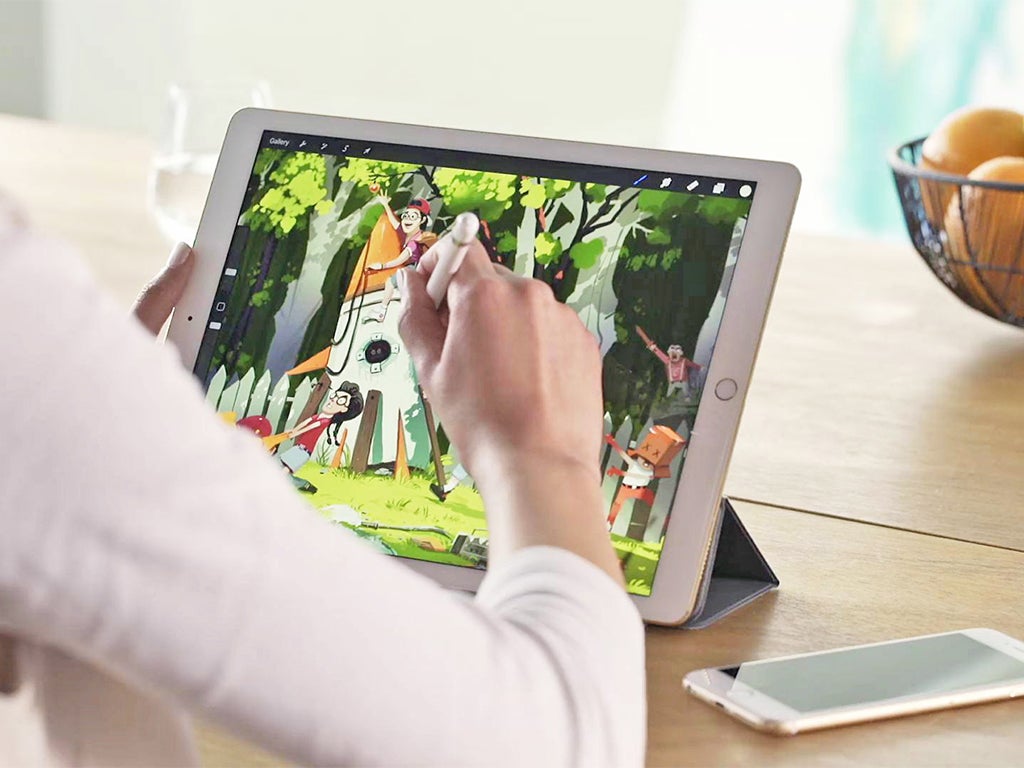 Leave Paint behind for something far more powerful. Procreate
SHARE

If you’re still doodling away in MS Paint, we’ve got some bad news for you: Microsoft is going to ease the classic application out of the Windows system, ceasing updates and making it less prominent. Although Paint will live on—Microsoft plans to make it available as a separate download—this is a great opportunity to switch to a better digital art program. Sure, MS Paint has that nostalgia factor going for it. But it was never the most powerful drawing tool. Instead, we’ve rounded up six fantastic illustration apps for you to try, as well as an array of devices to help with your artistic outpourings.

Anyone can make digital illustrations with just a smartphone and their fingers, or a computer, keyboard, and mouse. But if you want to get serious about your digital illustration, then consider investing in a tablet and a stylus, which provide greater control and detail. There’s plenty of drawing hardware out there, so we’ll highlight just a few of your options here.

Naturally, Apple tablets lead the pack. They’re excellent choices for artists, especially with so many creative iOS apps around (more on those below). You can draw on Apple’s standard iPad or iPad mini with your fingers or a third-party stylus like the FiftyThree ($25 on Amazon). But for best results, invest in one of the new iPad Pros (prices start at $649), which come in 12.9-inch and 10.5-inch sizes. Only the pro models work with the excellent Apple Pencil stylus ($99 on Amazon).

The Android scene isn’t quite as healthy, offering fewer strong tablet contenders than Apple. Your best bets are either Google’s older Pixel C ($550 on Amazon), which will need a third-party stylus, or the Samsung Galaxy Tab S3 ($600 on Amazon), which comes with Samsung’s own S Pen.

Microsoft’s Surface tablets-cum-laptops (available from $799 and up) are also well worth considering. All of these products work with the Surface Pen ($50 on Amazon). And they run the full-fat version of Windows 10, so you can load your Surface with traditional desktop programs like Adobe Photoshop as well as apps specifically geared towards tablets.

To really kick your computer drawings up a notch, consider investing in a graphics tablet like the Adesso CyberTablet Z12 ($99.99 on Amazon) or the Wacom Intuos Draw ($79.95 on Amazon). These devices can hook up to your computer, whether you own a Windows or a Mac, immediately digitizing anything you sketch by hand.

All in all, you’ve got a lot of options. Before you part with any money, try to borrow a friend’s tablet or test out a graphics tablet in a store to work out the best approach for you. It really depends on the gear you’ve already got, how much money you’re willing to spend, and how seriously you take digital illustration.

1. Autodesk Sketchbook (freemium, up to $4.99/month on Android and iOS)

Sketchbook brings professional-level digital drawing tools to your Android or iOS tablet. The app has everything you need to create your own masterpieces, from advanced selection tools for highlighting parts of the canvas to more than 170 customizable brushes. We’re also big fans of the app’s interface, which is lightweight, unobtrusive, and intuitive.

Stump up for a Pro subscription, and you’ll get access to additional features, including extra brush options, advanced line smoothing, multi-device support, and more. Whether you pay for Sketchbook or not, it’s capable of some very impressive and realistic results. It’s also available on Windows and macOS, so you can load it onto any of your devices.

Even in the packed field of iOS drawing apps, Procreate stands out. It’s fast, powerful, and easy to pick up, with a whopping 128 brush types to pick from and high-resolution canvases that let you get down to the tiniest of details. You can also create custom brushes of your own—with your pick of textures, strengths, and shapes—if you need even more options. Oh, and it also offers an intuitive way to combine layers, a wide choice of filters you can slap over your work, and extra features like blurring.

It’s no surprise that Apple itself has featured Procreate as one of the best drawing apps for iOS in the past. The one downside is that you can’t get a stripped-down free version of the app, and Android doesn’t have its own version. But iOS users willing to put up the cash won’t be disappointed.

One of the standout drawing apps for Android, Artflow is free for anyone to try out. Without paying the one-time unlock fee for the Pro version, however, you’ll only be able to access a limited number of tools, layers, and undo steps. We’d say the low price is well worth it, as the upgrade brings a host of different drawing tools and brushes to play around with, plus extra tools like a smudge brush and a gradient fill option.

Those are the basics, but where Artflow excels is in the way it simulates the dynamics and flow of real paintbrushes on screen. The app works with high-resolution canvases and pressure-sensitive styluses such as Samsung’s S Pen, giving you plenty of flexibility and control over your drawings.

For free, fun, beginner-friendly doodling on Android and iOS, we’d recommend Tayasui Sketches. Although you can get extra tools and styles by paying extra, the free version alone is still very strong. This app is one of the easiest to just open up and start drawing with, thanks to the simple way that brushes, layers, and colors are arranged.

Tayasui Sketches doesn’t have as many sophisticated filters or tools as some of its rivals. But that doesn’t mean you can’t create some wonderful pieces of digital art with the app, whether you’re aiming for a watercolor or a charcoal look. It also includes the option to import your own pictures if you’d like to use a pen-and-paper doodle as the foundation for your artwork.

We’ll cover the full version of Photoshop in a moment, but the stripped-down mobile app is free to use and fantastic for a bit of casual sketching. It’s designed to be accessible to the casual beginner who wants to jump in and start drawing, while at the same time, it can meet the needs of more serious artists.

You get 11 different tools to play around with, including pencils, markers, and paint brushes. The app lets you blend them all together in a very natural way, and it supports layers for building up drawings. The lighter app version works fine on its own, but if you do pay for the desktop apps as well, then you can seamlessly share files between them.

If you’re doing your drawing on a computer, then Adobe Photoshop for Windows and macOS continues to lead the field. Its main focus is photo editing, but it has such a breadth of brushes and tools that you can also use it for drawings and artwork. On the downside, you will have to pay a monthly subscription fee to use it, and Photoshop has a steep learning curve.

Any artwork you see on billboards, in magazines, or on the web has probably been through Photoshop at some stage, which is a testament to how pervasive this program is. If you don’t want to pay right away, sign up for a 30-day free trial to explore everything it has to offer. During that window, you’ll be able to test out all the brushes, fills, gradients, selection options, and magic digital tweaking tools.