How To Scrub GPS Data From Your Photos; Or, How To Be Smarter Than Vice

You know, in case you're trying to conceal your location (or a murder suspect's). 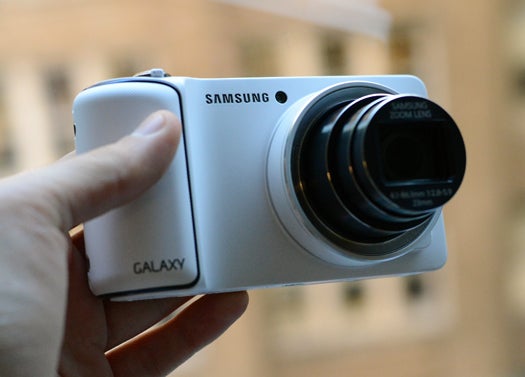 John McAfee–anti-virus pioneer, “person of interest” in Belize murder investigation, and launcher of increasingly bizarre media stories–has been captured. It happened after journalists from Vice accidentally published an iPhone photo of McAfee with embedded GPS data.

In case you didn’t know, a lot of newer devices store that kind of information, known as EXIF data, in images. EXIF data is helpful in providing details about a photograph’s provenance. Remember when that now-famous photo of the Situation Room during the Osama Bin Laden raid started making the rounds? EXIF data revealed the camera’s model and settings, plus the editing software used on the image. Cool stuff to know about one of the most iconic photographs of the decade.

But in case you’re traveling with a murder suspect, you might not want to share that information. So here’s a handy guide to getting rid of it.

Switch off location settings.
Since the Vice photo was published from an iPhone, we’ll start there. There’s a camera “location services” setting that can be switched off, and, easy enough, you’ve got a GPS-free photo to share with the world. (The settings changed slightly in iOS 6, so check the details here.) This video tutorial shows how to set the same functions for an Android phone.

Use editing software.
If you want to go through editing software, you have some other options, too. The “Save For Web” function (File, Save for Web & Devices) should scrub the data, but the scrubbing is probably the very last step you want to take before you release your photo, and there’s usually a way to do it within your operating system. Here, for example, is a quick tutorial for Windows. (Alternately, if there’s not an option for GPS scrubbing on the Windows version you’re running, you can download software like Metanull.) On a Mac, it’s a little tougher–you’ll need some software. Here’s a similar software download for Mac, but there are a lot out there. (And Lifehacker has a quick one for Linux users, too.)

Check your social networks.
For those of you who are especially worried about people tracking you down, Facebook and Twitter strip EXIF data and Flickr makes you opt in to using it (although not all third-party clients will do the same). So, be careful when sharing your anti-virus outlaw pics with friends!