Spin an hours-long story into a seconds-long sequence. 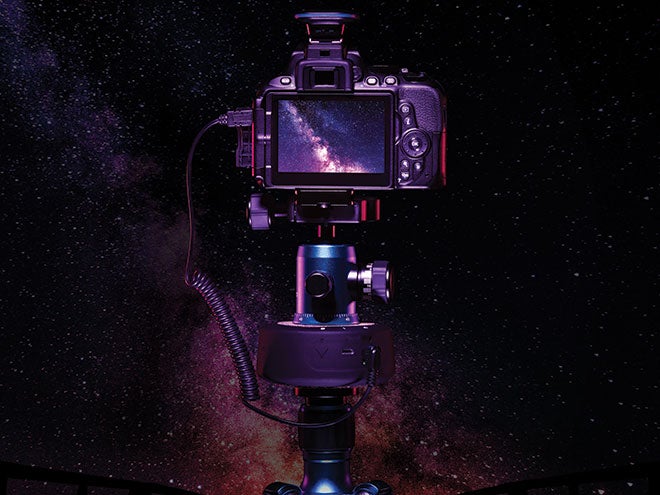 A single image can capture a discreet moment, but stringing dozens or hundreds together into a time-lapse can tell an hourslong story in one spectacular sequence. Start with something simple, like tracing a flower’s bloom over the course of a morning, and, with a little practice, you’ll be able to catch more complex and captivating motion, such as the stars wheeling across the night sky. Here’s what you need to fast-forward time like a pro.

The 24.2-megapixel sensor on Nikon’s D5600 DSLR is large enough to capture spectacular night skies that won’t be overwhelmed by ugly pixel noise, and the included zoom lens is ideal for covering landscapes. $900

The Pulse Camera Remote sits atop your camera and communicates via Bluetooth with a phone app. Use it to dial in detailed commands, like the interval between each shot and the time frame you want to shoot. $99

Add an extra layer of motion to your time-lapse videos with the Syrp Genie Mini, a motorized turntable that rotates the camera as it’s shooting. It’ll make even a static scene, like a cityscape, look more dramatic. $249