A Camera With the Processing Power of a Computer

Dual-core processors have been a computing mainstay for more than six years, allowing machines to handle two tasks at once... 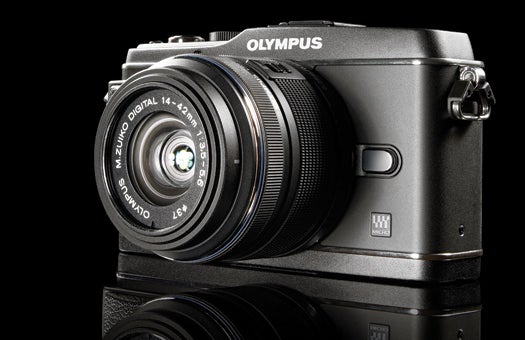 Thanks in part to an upgraded image sensor, the E-P3's autofocus greatly outpaces an entry-level DSLR's. Claire Benoist
SHARE

Dual-core processors have been a computing mainstay for more than six years, allowing machines to handle two tasks at once without sacrificing speed in either. This year, dual-core chips have begun popping up in app-hungry phones. The next step: cameras. The Olympus PEN E-P3 is the first digital camera running on a dual-core chip, which lets it capture, retouch, and save shots nearly twice as fast as most competitors.

A camera with a single-core image processor must expose the image and then record it and display it, a process that leaves a several-second lag between taking a picture and seeing it—plenty of time to miss the next shot. The dual-core E-P3 (the followup to last year’s PEN E-P2) can record and display images simultaneously, all but eliminating the lag. That same speed applies when adding art filters, such as fisheye and gradient effects, or pumping up the color. In fact, the E-P3 can churn out four different versions of one shot in only a couple of seconds.