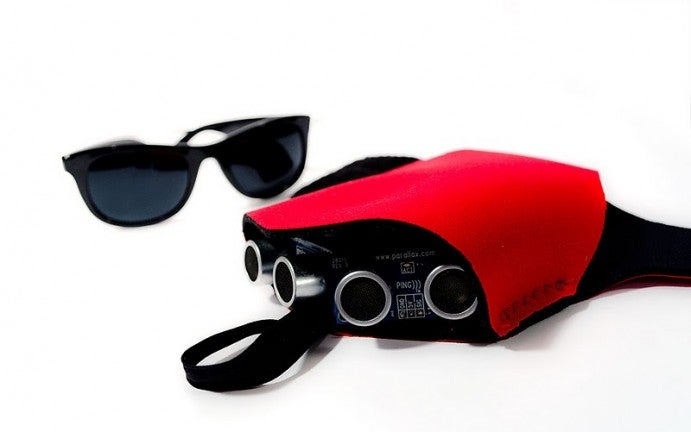 Guide dogs are great, but vision-impaired people sometimes need to find their own way through complex environments. Instead of checking for obstacles with a trademark white stick, inventor Steve Hoefer has another idea: Use wrist-mounted sonar.

Hoefer designed a haptic gauntlet with ultrasonic sensors mounted just over the knuckles. The Tacit, as it’s called, is encased in a neoprene cuff and can sense objects from about 1 inch to 10 feet.

Ultrasonic sensors send out pulses, and small servomotors apply pressure to give the user a sense of an object’s proximity. A shorter return signal means an object is closer, so the servomotors apply more pressure. Pressure is applied on the right or left side of the wrist, helping the user determine the obstacle’s location.

Since it’s mounted to the back of the hand, the device will not interfere with a person’s sense of touch, nor with other assistive devices that use audio feedback, Hoefer explains on his website, Grathio Labs. He designed a previous version that was worn like a headband, but decided vibrating head gear could quickly drive someone crazy. Plus, visual assistance devices don’t need to be worn on the head — “that’s a sighted prejudice,” he writes.

An earlier version was modeled after a medical wrist support, but that required separate designs for right-handed and left-handed users, Hoefer explains. The newest version attaches by a loop over the middle finger and a Velcro strap around the wrist, so it can be worn on either hand. 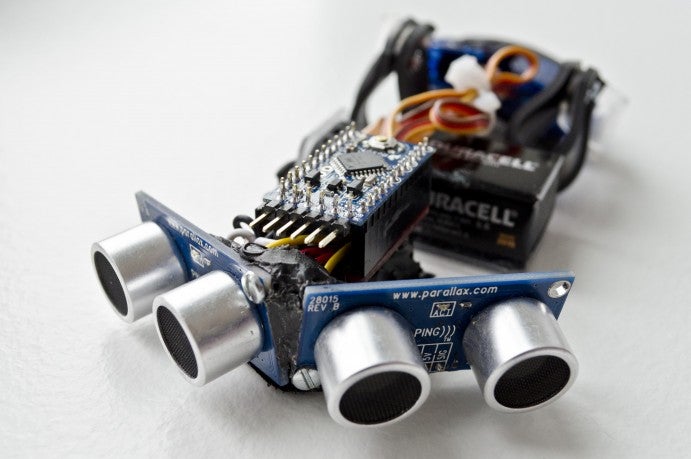 The prototype’s materials cost around $65.

The device uses an Arduino Mini Pro 5v, ultrasonic sensors, hobby servomotors and a 9-volt battery. The parts retail for about $65, Hoefer says — “I don’t see the point of an accessibility device that has an inaccessible price tag.”

He gives detailed instructions for how to make one of your own. Check it out here.

Project Tacit: Sonar For The Blind from Grathio Labs on Vimeo.