Get rid of the remote controls you don’t need. Here’s how.

This is where less is actually more. 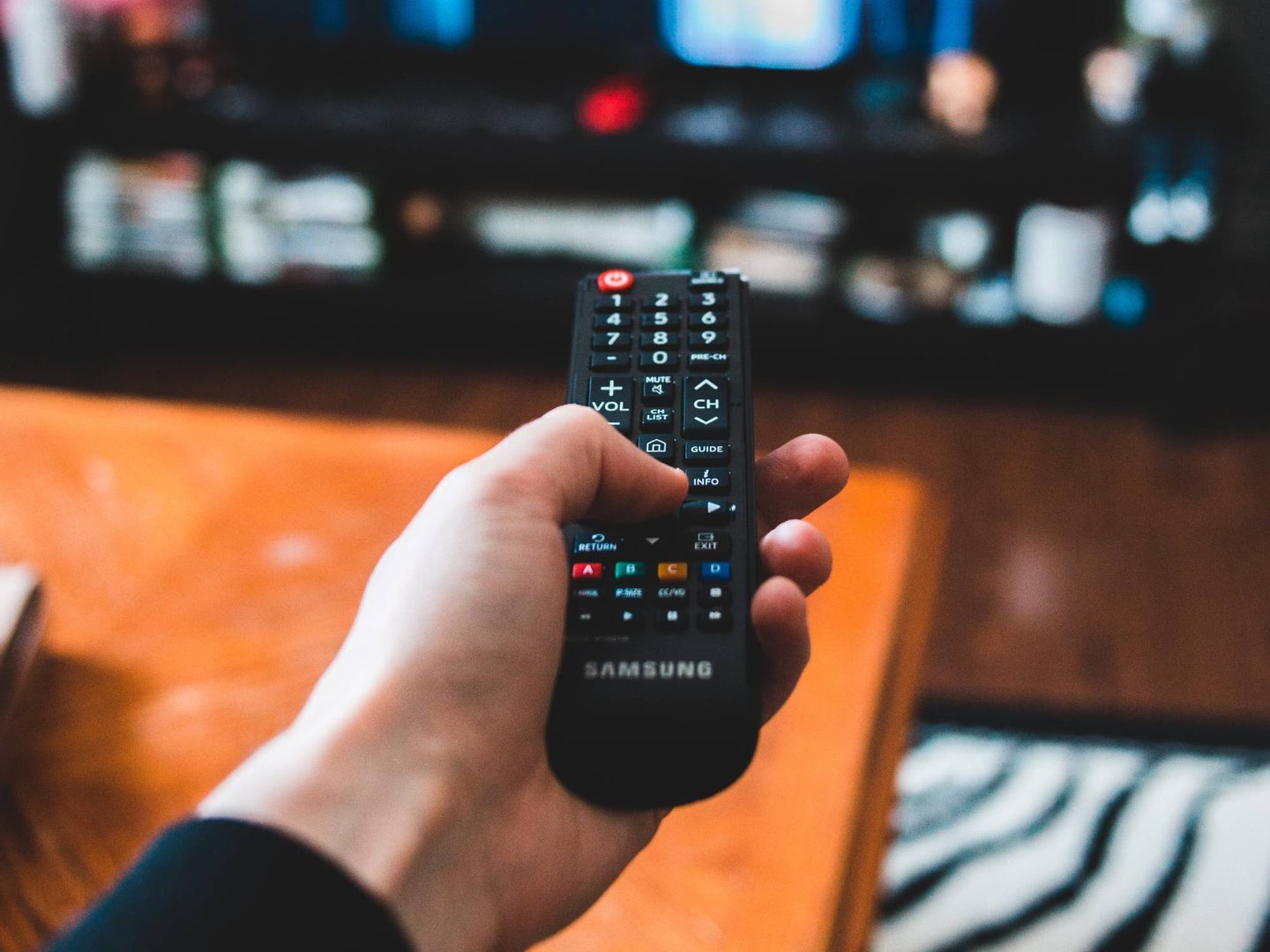 Just imagine if this could control all of your devices. Erik Mclean / Unsplash
SHARE

Between my TV, sound bar, Roku, and Blu-ray player, it feels like I need an end table solely dedicated to remote controls. When I head to friends’ houses, it’s worse, and I’ve even seen tables covered with remotes for devices they don’t even own anymore.

If that is your case, then it’s time to end this madness and consolidate that clutter. You might even be able to get rid of your remotes without spending a single cent.

Many modern TVs, Blu-ray players, and other devices have a built-in feature called Consumer Electronics Control, or CEC. This functionality sends signals to other devices over HDMI, or vice-versa, which allows you to control more than one gizmo with a single remote.

By turning CEC on you can, for example:

This sounds great, but unfortunately CEC doesn’t work for every device, and some of them may only support certain functions. To see how they might work together using this feature, google your specific TV, sound bar, streaming device, and other gadgets, and look for their compatibility.

To make matters more confusing, every manufacturer has their own made-up brand names for CEC, so you’ll have to look that up too. Vizio, for example, calls it CEC in its settings, while LG calls it SimpLink, Samsung calls it Anynet+, and Sony calls it Bravia Sync. Your best best is to google the CEC name for the manufacturer of each device, head into that device’s settings, and turn it on. You may find that if you let your TV remote do the heavy lifting, some of the others can stay in a drawer.

Use your cable box’s remote for (almost) everything

“Universal” remote controls have been around for ages and come in a wide range of prices—from the $10 RadioShack models (RIP) to the $300 Wi-Fi connected powerhouses. But if you subscribe to a cable package, you might already have one of the simpler models in your house, as many companies provide universal remotes with their cable boxes.

To make sure yours falls into this category, take a look at it. If it has “TV,” “DVD,” and other buttons along the top, you can program it to control those devices. The process can vary a bit from remote to remote, but it generally involves pressing a combination of buttons, entering a four-digit code for your TV or DVD player, and pressing a button to lock in the programming. The instructions for your remote should be in the user manual that came with your cable box, but if you don’t have it, you can always search online for the manufacturer and model of your device.

You’ll also have to google the four-digit code for your TV or DVD player’s manufacturer. Keep in mind that many brands have multiple codes you may need to try—so this can get tedious. Eventually though, you should be able to find a code that works with your devices, and then you can finally toss that DVD player’s remote in the drawer for good.

At my parents’ house, for example, the cable remote can control the TV, sound bar, and DVD player—thus eliminating plenty of remotes—but they still needed the Roku’s dedicated buttons to control streaming services. Still, not bad for a $0 upgrade.r modern devices, such as streaming boxes, might use something more advanced like Wi-Fi or Bluetooth. If your cable remote doesn’t support those protocols, it won’t be able to control those devices.

At my parents’ house, for example, the cable remote can control the TV, sound bar, and DVD player—thus eliminating plenty of remotes—but they still need the Roku’s dedicated buttons to control streaming services. Still, not bad for a $0 upgrade.

If you wanted to, you could also use your phone to control streaming boxes and other devices—the Roku app has a remote screen built-in, for example—though that can sometimes be its own level of hassle.

If the above options aren’t able to completely eliminate your coffee table clutter—and you aren’t satisfied by half-measures—it may be time to invest a few bucks in a dedicated universal remote to control everything.

You can still get old-school infrared remotes for $10, or grab a more advanced Logitech Harmony 665 for $99.99, which can control more devices and add custom functions to its backlit screen. The former will use the four-digit code system described above, while the Logitech model uses desktop software that’s a bit more intuitive to program, allowing you to easily customize what each button does.

Both options, however, are infrared-only, so just as with cable remotes, you still might not be able to control all your devices.

For total over your setup, Logitech’s Hub-based remotes, like the Harmony Companion and Harmony Elite, can control infrared, Wi-Fi, and Bluetooth devices all from one programmable gadget. It’ll even let you control your TV with Alexa, or turn off your smart lights with a button. It comes at a hefty price, but you’ll never have to deal with multiple remotes again, which is an enticing proposition if you have a decked-out home theater.

Ultimately, you’ll need to look at the devices you own, which ones can be controlled by what types of remotes, and decide for yourself how far you want to go. For most people, the additional convenience of HDMI-CEC and basic infrared remotes will go pretty far into cleaning off that living room end table. But once you go for a real, feature-rich universal remote, it’s hard to go back.