Or possibly park your car in a really tight space 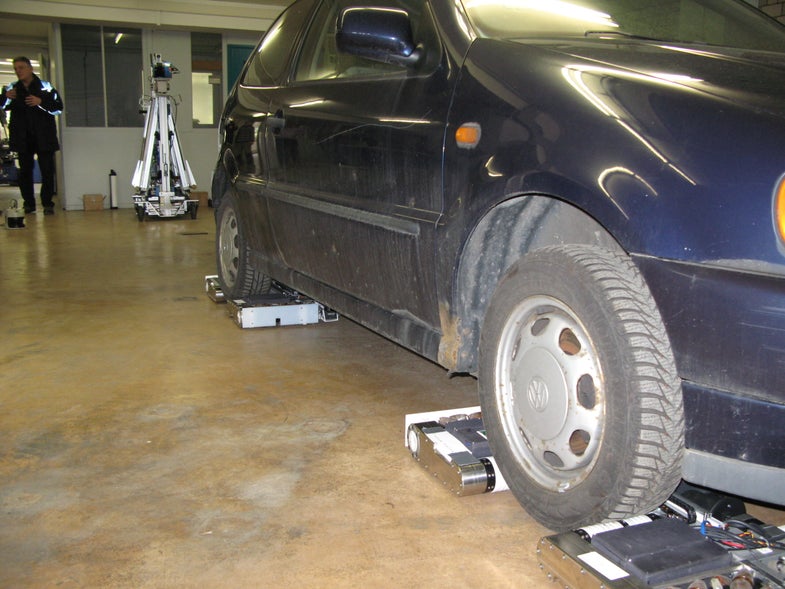 Hopefully, you don’t have to fret about risks like car bombs in your everyday life, but it’s good to know that somebody is worrying about it—and coming up with technology to help deal with those sorts of threats when they do arise. The European Union-funded Autonomous Vehicle Emergency Recovery Tool (AVERT) project is a system intended to remove suspicious vehicles where there is concern over potential threats like IEDs, but the vehicle can’t be safely accessed by other bomb disposal tools.

AVERT consists of a single deployment unit and four autonomous robot bogies, or trucks–frames attached to wheels like on skateboards or roller skates. After being towed into position by a bomb-disposal robot, AVERT’s deployment unit can scan locations of a targeted vehicle using laser-based LIDAR, in order to map obstacles and extraction routes. It can even detect the angle of the wheels on the vehicle in question to help figure out the best way to remove it. The bogies then maneuver themselves in concert beneath the wheels of the target vehicle, and use their onboard intelligence to slowly move the vehicle to a safe location.

The biggest advantage of AVERT is that it’s largely autonomous. While it can be overridden by a remote operator if necessary, all of its scanning and maneuvering can be done automatically, meaning that you don’t need to put people at risk to investigate a potentially dangerous situation.

In theory there are other civilian applications of this technology, including vehicle towing and perhaps even automatic parking in environments where space is limited. The good news is that when the robot valet parks your car, you don’t even have to tip.