One robot isn't so smart, but get enough of them together and they can complete a complex mission. 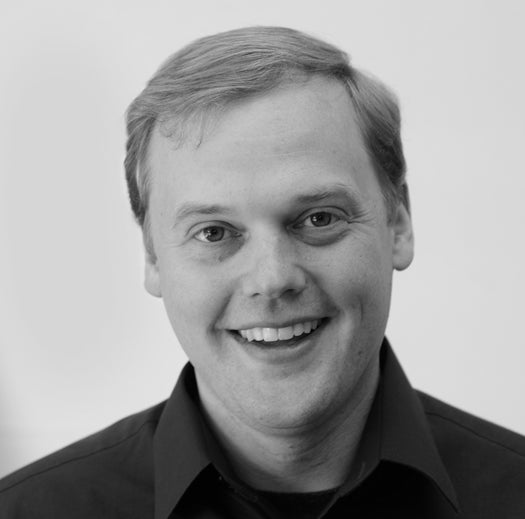 In a large, sunlit laboratory at the University of Michigan, Edwin Olson sits surrounded by his robot army. On most days, his 16 compact rovers, like rolling, bar-coded bread boxes, rest dormant on steel shelves. But with the flip of a switch, Olson can turn them into a reconnaissance team that maps a location autonomously and identifies items of interest, whether earthquake victims, military targets, or IEDs.

Edwin Olson
Age 35
University of Michigan”Compared to a human, a single robot is a terrible searcher and decision maker,” Olson says. “When you have a complex task, the only way robots win is if you can get a lot of them to work together.” As opposed to flocking or swarming systems, Olson’s system employs a multi-agent approach. Each robot has a camera and a laser range finder, which it uses to create 3-D “maplets” of its environment. It radios those maplets to a ground-control station, where an algorithm stitches them into a master map. Another algorithm then tasks individual robots with goals—scan that area, disarm that bomb. Bit by bit the robots complete their mission.

In 2010, Olson won MAGIC, an autonomous-robotics competition, when his robots sniffed out eight fake bombs. Now he is working with the Department of Transportation. Mounted on track-inspection vehicles, his sensors will scan railroad crossings for obstructions, flagging problems before they sow havoc.