The British automaker worked out some of the kinks when it reissued its classic coupe. 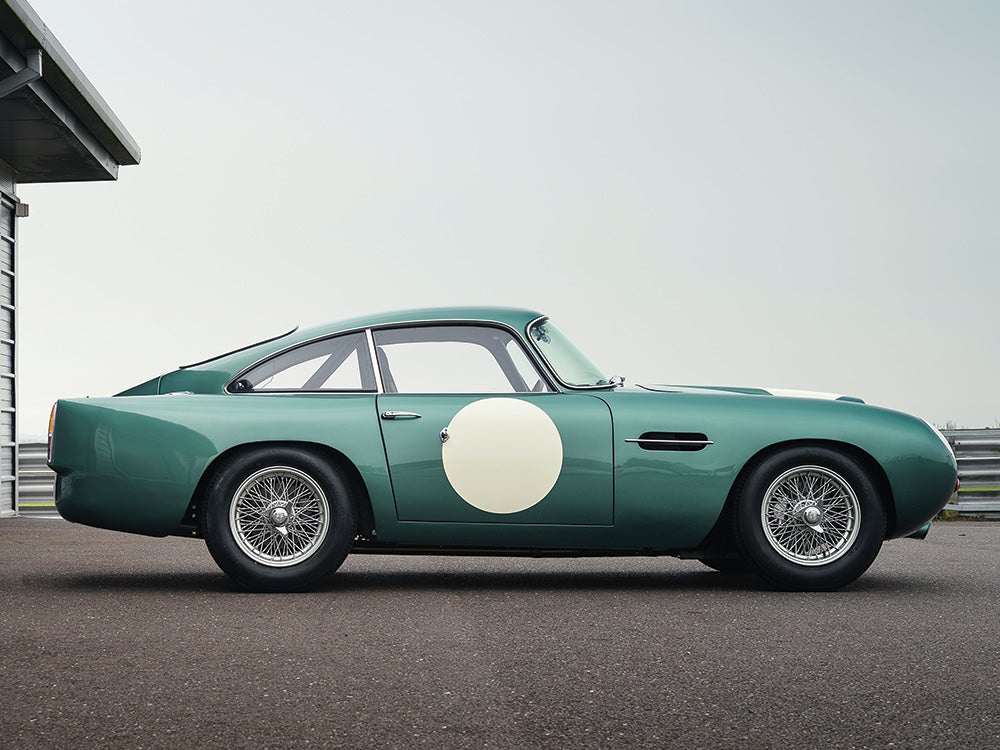 In the early 1960s, Aston Martin built just 75 of its dapper DB4GT racecars. Constructed largely by hand in a tractor factory, the cars were winners on the track but also imperfect products of the era. Using modern modeling and assembly methods to correct the quirks of the past, engineers at present-day Aston knew they could reincarnate the iconic machine and make it even better than it was. During a yearlong development process, they 3D-scanned eight original cars to create a digital model from which they would replicate and perfect every piece of the roaring coupe. Here are some of the tweaks the company made on its Bond-worthy whip.

During scanning, Aston discovered a slight twist in the handmade chassis, which could foul up crucial factors like wheel alignment. The problem likely stemmed from a kink in the original pattern, known as a jig, that workers used to form its shape. Engineers measured the new jig by laser, so it, and thus the chassis, is straight to a fraction of a millimeter.

Features meant to keep drivers alive have improved markedly since the late ’50s, when racers had only seat belts to protect them. The new DB4 isn’t street legal, but to ensure that it’s not a deathtrap on the racing circuit, Aston added lifesavers such as a fire-extinguisher system, a five-point harness, and a burly steel roll cage.

The original DB4 builders cut aluminum body panels by hand, so they didn’t fit perfectly together. The edges of doors and hoods could vary in size and shape, leaving large gaps between panels. For the new version, a press stamps out the pieces and then shapes them against custom molds to create uniform parts that workers then wrap around the chassis.

Engineers used a CT scanner to peek inside an original motor, and found density variations in the aluminum, a byproduct of letting the blocks cool unevenly in the open air after casting. Today, forgers chill the engines in a climate-controlled facility so the metal’s structure remains consistent. That refinement, and others, boosted the car’s horsepower from 266 up to 302.