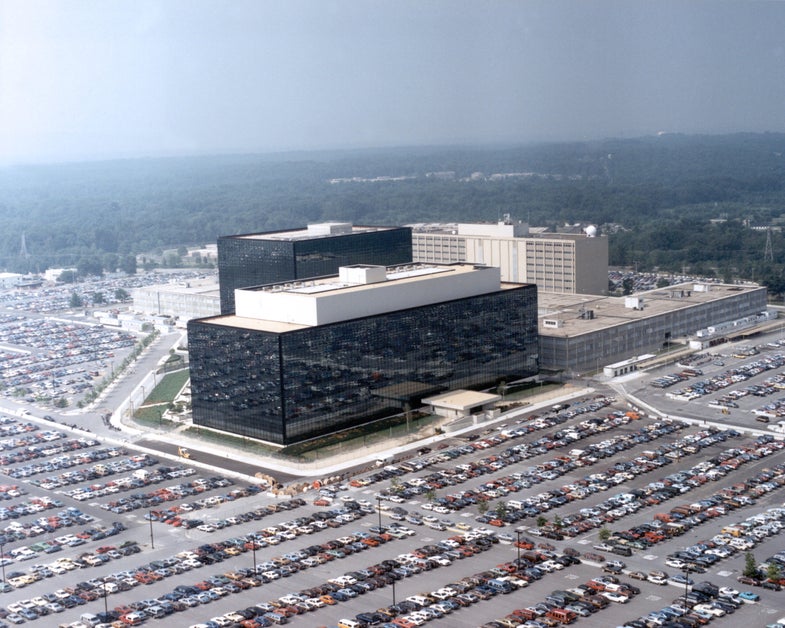 The National Security Agency still has the authority to collect wide-ranging metadata about your phone calls—at least for now. A controversial bill aimed at reforming the intelligence agency failed to pass the U.S. Senate on Tuesday, with some arguing that it went too far in curtailing the NSA’s powers, and others contending it didn’t go far enough.

At the center of what supporters have dubbed the USA Freedom Act is the NSA’s collection of bulk phone information, as revealed by whistleblower Edward Snowden. That capability, which for the last eight years has been under the aegis of the Foreign Intelligence Surveillance Court, allowed the agency to collect and hold onto large swathes of data about who called who, for how long, and so on—the content of those conversations, however, was not captured.

Had the bill passed, the NSA would have had a much tougher time collecting information about the communications of American citizens. The agency would have been required to specify targets for the collection of phone data, which would have to involve some sort of agent of a foreign power—or, at the very least, a connection with a suspected agent of that sort. Moreover, getting access to phone data without individualized warrants would have required a court order, and strictures on targeting foreigners with an eye towards getting information about Americans—so-called “reverse targeting”—would have been tightened.

In addition, the bill also would have gone a long way toward increasing transparency of these activities. The actions of the NSA and the FISA Court would have to be reported more diligently to Congress, and through them to the American public; companies that were served with National Security Letters (NSL) requesting information about their customers would have been allowed to provide more detailed statistics on those requests to the public. Right now, for example, they can only provide the number of NSLs received in bands of 250.

Those transparency reforms are just one reason that a number of major tech companies—including Apple, Facebook, Twitter, Google, and more—supported passage of the bill, forming a coalition called Reform Government Surveillance to push for its adoption. In their words, the bill would have “both protect[ed] national security and reaffirm[ed] America’s commitment to the freedoms we all cherish.”

The defeat of the bill doesn’t mean all hope of reform is lost, however. The current permissions on bulk collection were authorized under Section 215 of the USA Patriot Act, put into place after September 11. But the provisions of that act are set to expire next June; after the expiration of the effective court orders, the agency would not be able to re-up its bulk data collection anyway.

Of course, that means there’s plenty of political wrangling left to go, especially since the composition of Congress will change significantly in the next term. So expect to hear plenty more about these contentious issues over the next six months or so.