Hockey Gear Made to Measure 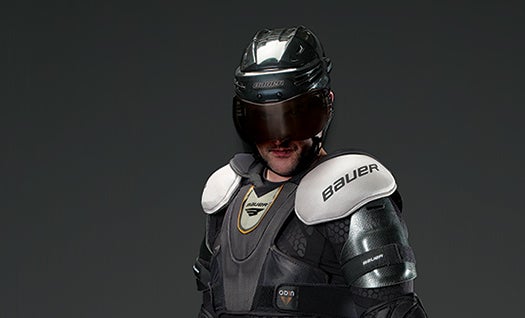 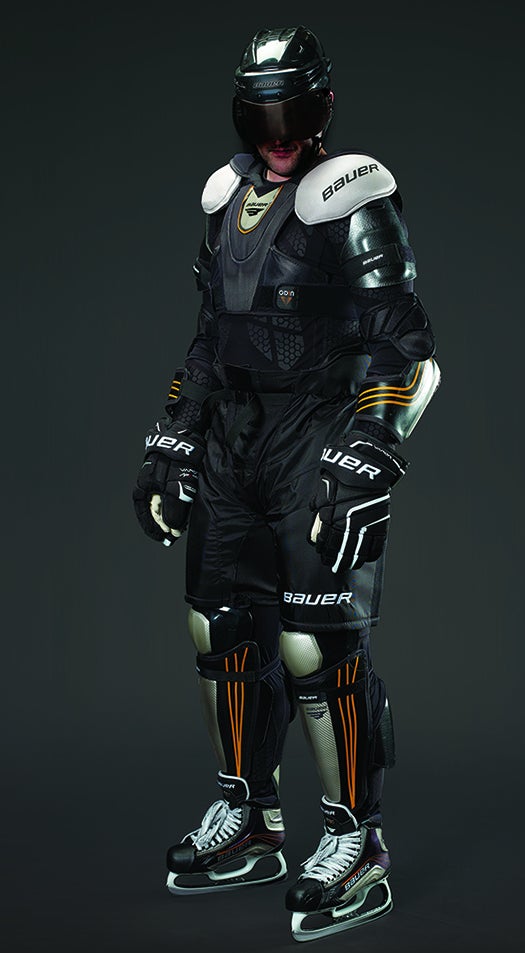 In 2012, the engineers at Bauer asked themselves if, in the absence of budget and manufacturing constraints, they could make truly game-changing hockey equipment. A million dollars later, they had the OD1N system, some of the lightest and most customizable hockey gear to ever grace the ice.

Engineers investigated every piece of hockey equipment during the initial phases of the OD1N program, but in the end, Bauer chose only three products to deliver to a handful of elite NHL athletes. Those players began testing the gear at the end of the 2013–2014 season and will continue wearing it into this one. The advantage? According to Bauer, athletes in OD1N armor and skates will reach the other end of the ice more than a second faster than those wearing conventional gear.

The OD1N candidate puts on a tight one-piece suit speckled with white reference points. An optical scanner reads those and builds a 3-D model of the athlete. Designers fit armor to the digital model and adjust it on request (for more protection or mobility, say). Bauer then sends the design to a 3-D printer. The custom bodysuit emerges about a day later, ready for the ice.

Conventional pads have four or five layers of synthetic leather. OD1N’s have a single outer layer of compression-molded foam backed with pieces of custom rebound-controlling foam. Depending on the goalie’s preference, the pads can be soft, so that the puck drops directly in front of him, or hard, so that the puck deflects to the boards.

Boots are made from a proprietary composite, baked in an oven, taken out hot, and molded to each foot. Blade holders are made from carbon fiber. The resulting skate is enough, says Bauer GM of equipment, Craig Desjardins, to significantly speed the first three steps of any breakaway.