Readers Respond To Our Decision To Drop Comments

We've gotten tons of feedback since announcing Tuesday that we would no longer publish comments on our website. Here are some of the most thoughtful responses. 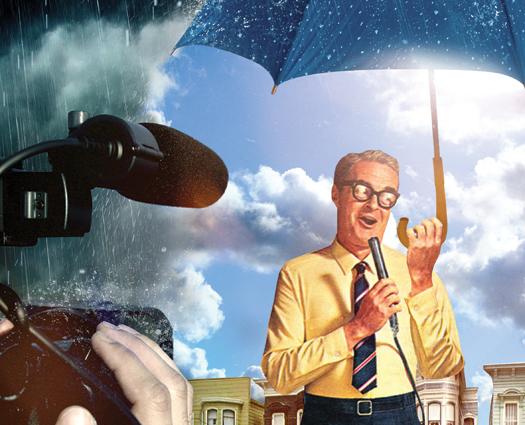 I am very pro-internet for its capacity to connect minds and reiterate the often arbitrary nature of fame and popularity. It is because of this, not in spite of this, that I applaud your decision to remove the comments section from your articles. While it may strike many people as regressive, I view it as very forward-looking, as a decisive approach to better focus feedback and debate. –Zachary Simon, via email

I could not agree more with Popular Science’s recent decision to close its comment section. I have long feared that thousands, perhaps millions, of people are wholly misinformed on a number of issues that are really quite simple, because of their experiences in comment sections. Of course the phenomenon has existed in other forms for as long as science has, but never has science been such a willing participant as it is now by virtue of publishing reader comments. Popular Science’s decision to ask people to take their “debates,” if you could even call them that, elsewhere is brave and inspiring.**–Elizabeth Flory, via email **

It saddens me that Popular Science felt the need to shut off the comment section. Trust me I understand the destruction that trolls can do, as I’m a science educator myself and hear some wild stuff from the public that “read it somewhere.” However, the platforms you leave open to discuss (facebook, twitter and so on) is not a solution. How does this decision gel with Popular Science’s tag line is “The Future Now”? You say you are “the first stop for what is new and next.” How does this decisions go with “new and next?” I’m glad that comments will be allowed on some select articles, as I agree that a comment thread isn’t necessary for every publication, but the solution, the future, is in another platform. I do not know what that is, but this is what you should be seeking. Software developers working with journalist and educators to find a platform to allow for discussions. Actually I’ve been to forums where just a good moderator makes it worthwhile and strengthens the topic. Is a fulltime internet conent moderator an answer? Sure, but maybe not the best answer.**–Sean P. Rooney, via email **

Bravo. I wish other science based sites would follow your example. This isn’t a social media site to let everyone say whatever they wish. This is a site to publish reputable science news. That means stuff that has been vetted, gone through peer review, etc. Just because someone happens to believe that Creationism is true doesn’t mean that they should be able to have equal say on a magazine that requires factual, evidence based studies and reports before they will publish an article.**–Tug Brice, via email **

I am an avid commenter on a variety of news sites–sometimes I’m snarky, sometimes very thoughtful and thought-provoking. That is the nature of human conversation which is what the comment sections offer, is it not? More importantly, what you are doing is reverting to the time when the media was a one way conversation–you publish, if we’re interested, we read. At best, we can write a letter to the editor, which if published, happens weeks or months or even days after the article is printed or put online. By then, everybody forgets what the article was about. So I would challenge you to rethink this decision. I’m sure your magazine is interesting and valuable to those drawn to your subject matter. Do not close them out by having just a one way relationship.**–Gary Doyens, via email **

Please don’t turn off comments. The comments are so valuable. You have SMART readers who know how to filter out the trolls. On many occasions, Popsci commenters have helped me understand articles that were over my head. I need them.**–Steve Thorson, via email **

Passing a test for comprehension of an article should be required before allowing someone to comment on it. This may not eliminate all the trolls or rudeness, but, at least, the comments will be made by people who understand what the article was about.**–John Creutz, via email **

A politically motivated minority should not get equal media time to refute findings by the majority of the world’s scientists, creating confusion and misconceptions for the general public. I commend you for turning the comment sections off!–Sandip Suvedi, via email

Peer review is good for science when the peers are educated professionals. When the people reviewing are just anti-science conservative high school dropouts who think they can detest climate models when they can’t even find the root of a linear equation, the reviews are just obnoxious.–Joe Hays, via Facebook

This is disappointing. Seems like the only ones winning are… the ignorant and those who are politically motivated to shut down intelligent conversation. Restricting the flow of ideas is surely the best way to spread ignorance.-****-Ben Peterson, via Facebook

I think you’ve made the right decision, thanks for the explanation. Now if only I could state my opinion on your post publicly on the website.–Nick Anglewicz, via email