For some reason, people are stealing English ferrets, which are used to hunt rabbits. 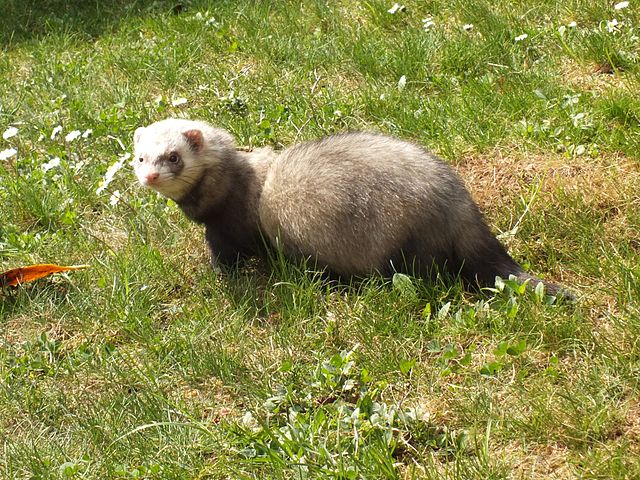 There are many things that are important to keep an eye on to prevent theft, such as your wallet, phone… and your ferrets. Throughout rural southern England over the past two years, there’s been a rise in the number of ferret thefts, according to the Wall Street Journal.

The story begins with Ken Jenkins, a pest controller who uses ferrets to remove rabbits from open fields near the ancient site of Stonehenge, a site shrouded in mystery. But the more pressing enigma on Jenkin’s mind: Why are people stealing ferrets?

Some ferret enthusiasts say thieves sell animals for clandestine drug research, Mr. Jenkins says. Others speculate they go to the illicit pet trade. Many suspect the involvement of organized-crime rings.

Mr. Bradley says he had about 27 ferrets filched last February in an unsolved crime that added his name to the long list of victims. “I know of a lot of disillusioned people who have had their ferrets stolen,” he says.

As if there were anything worse than lost ferret disillusionment (LFD, soon to be a recognized psychiatric condition), the thefts seem to make little sense: Ferrets are not especially valuable, and they also breed rapidly and often have leftover, unwanted young. The Journal continues:

Now is a worrying time for the “working ferrets” of the U.K. The domesticated descendants of European polecats have for centuries been used to hunt rabbits. “Since the Romans,” says Mr. Jenkins, who breeds a strain of ferrets inherited from his father…

Across rural England, thieves—often with balaclavas, Mr. Bradley says—have struck at night, carrying off their writhing contraband in pillowcases.

“They leave everything of value and just take the ferrets,” says Mr. Bradley, puzzled.

Ferrets aren’t the only English animals that are being stolen more often in recent years. According to the Telegraph, dog kidnappings are also on the rise: 3,500 dogs were stolen in England in 2012, a 17 percent increase over the year prior.

As if things couldn’t get worse for ferrets, researchers recently engineered a highly-contagious form of the bird flu that can infect ferrets and pass between them when the animals sneeze. Ah-Choose your poison, ferrets!