A Mind-Controlled Robotic Hand With A Sense Of Touch

Getting closer to lifelike 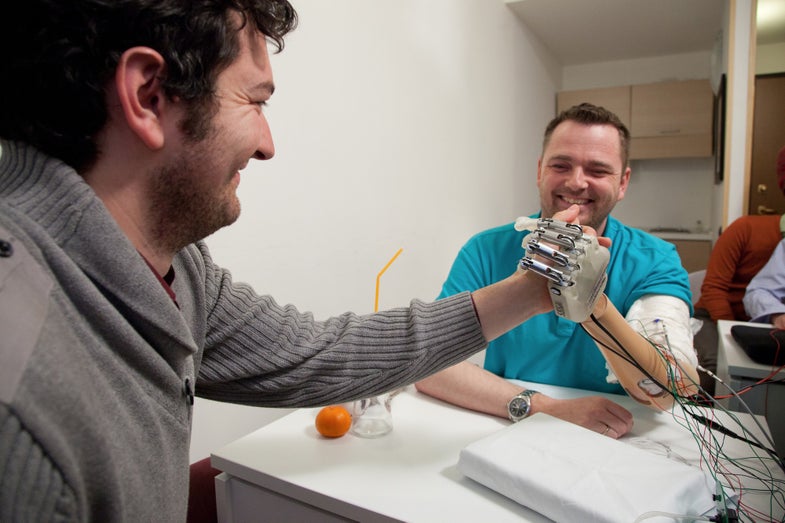 Denis Aabo Sørensen lost his left hand nine years ago, while handling fireworks. Since then, he has used prosthetic hands, but never one like this. Last year, a team of European engineers created for him a prosthetic hand that connects directly to the remaining nerves in his upper arm. That means the hand is able to send sensations of touch back through his arm and into his brain. Plus, when Sørensen wanted to grab something, he could move the hand by simply thinking about it.

“The sensory feedback was incredible,” Sørensen said in a statement. “When I held an object, I could feel if it was soft or hard, round or square.”

“I could feel things that I hadn’t been able to feel in over nine years,” he said.

His feeling-hand prosthetic was an experimental prototype, so researchers had to remove the implant after a month of wear, following European law about experimental medical devices. While Sørensen had it on, however, he demonstrated for researchers that he was able to do things like distinguish between a bottle, a baseball and a mandarin orange, and press things with light, medium or firm pressure. He wore a blindfold and headphones while completing each of these tasks, to prove he could do them only by touch. 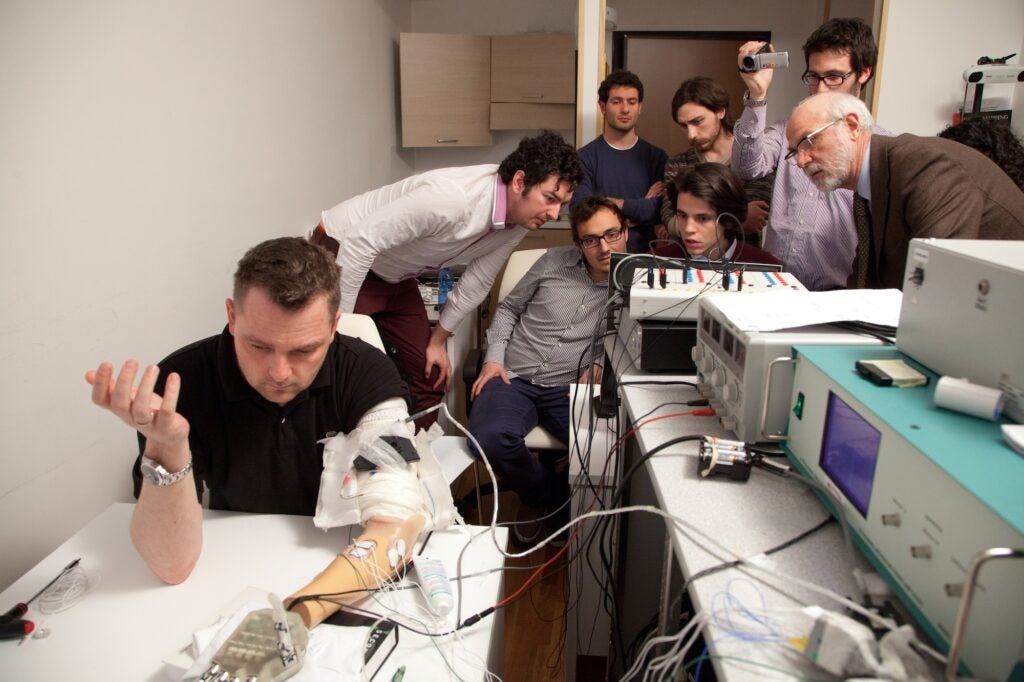 He could even adjust his grip as needed, all from his robotic sense of touch. “What we did was to provide this tactile information,” Silvestro Micera, the hand’s lead engineer, says. “It is the first time this is exploited in real time for modulating the force during the grasp.” Micera is a robotics researcher with the Scuola Superiore Sant’Anna in Italy and the Ecole Polytechnique Federale de Lausanne in Switzerland.

The implant is one more step in a worldwide effort by researchers to create prosthetics that have a natural sense of touch. Touch is essential for so many everyday tasks. Without it, prosthetics wearers must watch what they’re picking up to help them judge whether they’ve got a good—but not too tight—grip on that banana or coffee cup. While that’s workable, it’s a far cry from the unconscious ease with which someone with natural hands is able to grip everything from a hammer to an egg. 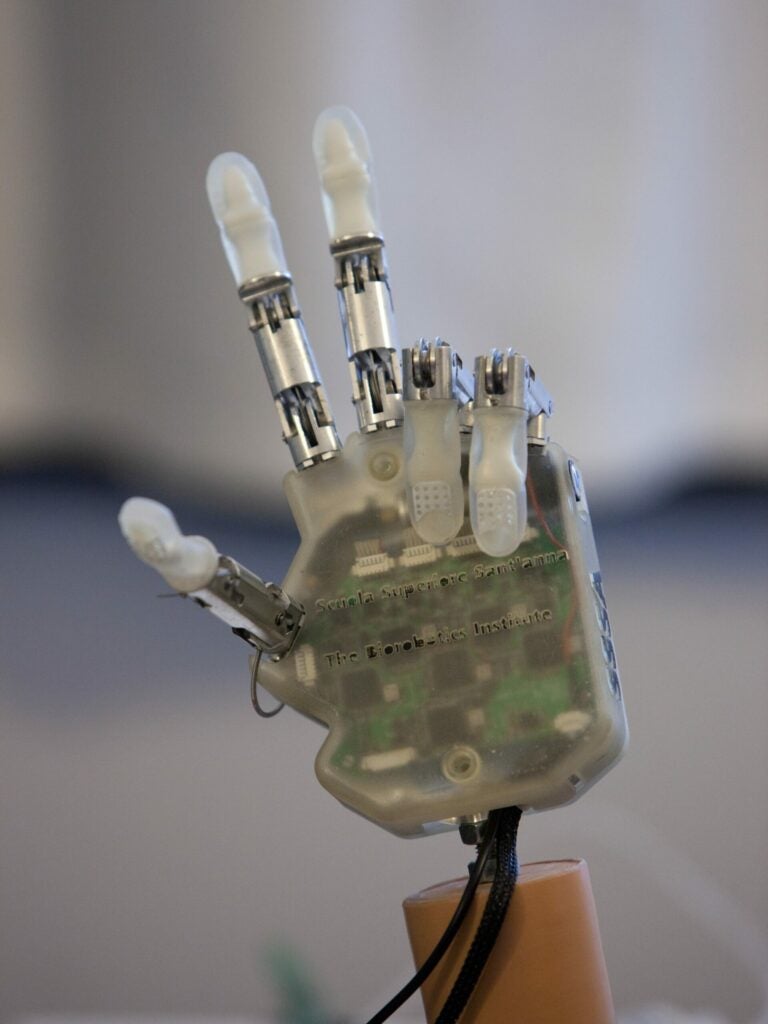 Closeup of the Hand

Other researchers have made experimental, feeling prosthetics similar to Sørensen’s and tested them in humans. One notable experiment was actually carried out 10 years ago. Sørensen’s hand is another step forward, outside researchers I talked with say. One thing everyone was impressed by: The detail with which Micera and his team recorded what Sørensen could do with touch. The study volunteer, who is 36 years old and lives in Denmark, performed 700 individual tasks for the hand’s creators.

“They really showed the value of having this feedback to the user and, in some ways, justified, in an actual use setting, an implanted interface with the nerve,” says Dustin Tyler, a biomedical engineer at Case Western Reserve University who has made and studied feeling prosthetics in people.

“In my view, that volunteer is really doing science a great favor,” says Daofen Chen, the program director in systems and cognitive neuroscience at the U.S. National Institute of Neurological Disorders and Stroke, who was not involved in the recent study.

Of course, touch-enabled prosthetics have a long way to go before they’re available for most people to use. Sørensen’s experimental hand illustrates what’s left to do, and what many researchers, including Micera and Tyler, are working on now.

The hand required surgeons to implant electrodes directly onto Sørensen’s nerves. There need to be more studies of how long electrodes like that last in the body. (No one wants to have to undergo extra surgeries because, oh no, my electrodes wore out again.) There’s also the problem of all the computing hardware. Sørensen’s prosthetic did serious math to translate what its sensors felt into an electrical signal that was meaningful to Sørensen’s nerves and brain. So the hand connected to a laptop, to run the calculations, before connecting back to his nerves. Researchers are working on miniaturizing the computer so it can fit right in the implant.

Micera and his team published their work on Sørensen’s implant today in the journal Science Translational Medicine.