A new study examines the evidence for fuzz on non-avian dinosaurs. 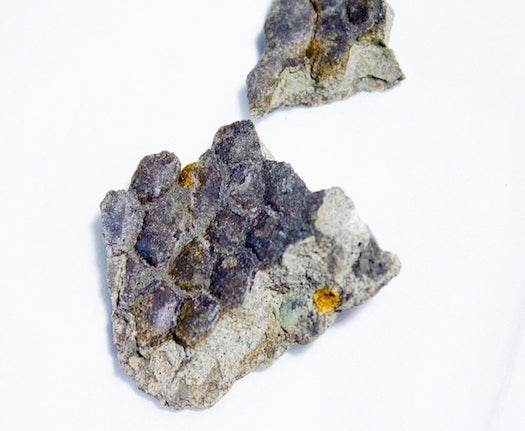 Were they fuzzy or were they flat-skinned? That’s the great question now for dinosaur researchers. After surveying all the world’s known fossils of dinosaur skin, one pair of paleontologists says the vast majority of non-avian dinosaurs were scaly-skinned, Nature News reports. But this isn’t the last word on the subject.

What’s going on here? Why are the dinosaurs of my childhood all weird now? It helps to know the state of the science on feathered dinosaurs. This post, in The Guardian‘s Lost Worlds blog, and this one, in Smithsonian magazine’s Dinosaur Tracking, offer great background. In short, there’s plenty of evidence that the group of dinos that gave rise to modern birds—a group that includes Tyrannosaurus and Velociraptor—had feathers. (Check out this 30-foot-long fuzzy tyrannosaur.) There’s less evidence that dinosaurs from other groups, including things like sauropods and Triceratops, were feathery, but some scientists hypothesize they were. “It [is] certainly not unreasonable as a hypothesis or improbable,” David Hone, a University of London paleontologist, wrote in The Guardian in June. Scientists have discovered a few feathered non-avian dinosaur fossils, but it’s not clear how common such animals were. 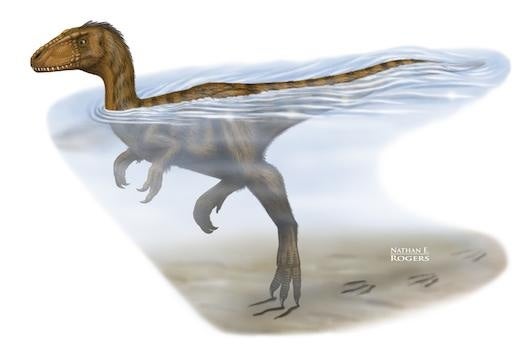 Scientists have found plenty of evidence that theropods were often feathered, but there’s more debate about other types of dinosaurs.

It all depends on when dino-feathers evolved. If they arose further back in the dinosaur family tree, then more dinosaurs are likely have them.

Paul Barrett of the Natural History Museum in London and David Evans of the Royal Ontario Museum in Toronto tried to answer this question by looking at the world’s dinosaur skin fossils and examining where feathers popped up in the dinosaur family tree. Nature News reported on the paleontologists’ findings from the Society of Vertebrate Paleontology’s annual meeting. The survey results suggest that dinosaur feathers/bristles/fuzz did not arise early enough in the family tree to spread to many non-avian dinosaurs. The results are a “valuable reality check” about the appearance of early dinosaurs, another paleontologist, Richard Butler of the University of Birmingham in the U.K., told Nature News.

Nevertheless, things could change with the discovery of new fossils, which, of course, happens all the time. Older fossils would help settle the debate, Butler said. And there’s always that element of luck, of finding the right fossils that were preserved in the right way, particularly to capture structures as delicate as feathers.