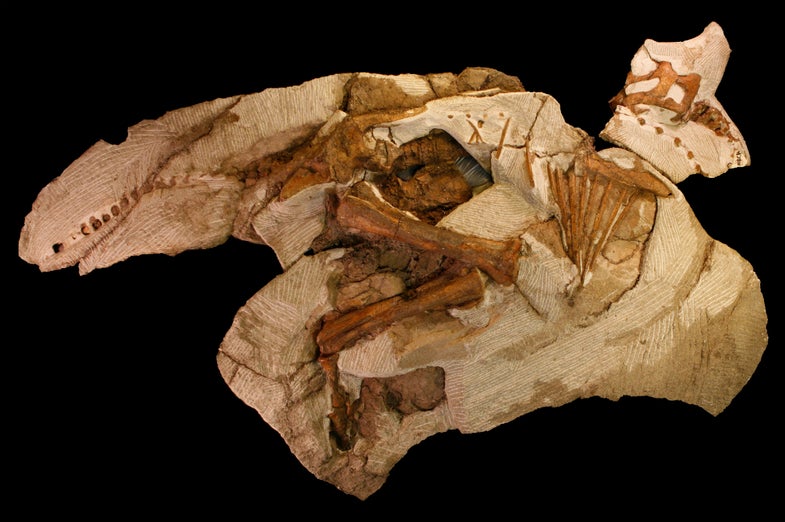 In the summer of 2009, a California high school student named Kevin Terris was volunteering with paleontologist Andrew Farke from the Raymond M. Alf Museum of Paleontology. He and a few other students were prospecting for dinosaur fossils in Grand Staircase-Escalante National Monument in Utah when Terris pointed out a small bone sticking out of the rock—perhaps a rib bone?

When they looked closer, Farke and his volunteers found it was part of a collection of toe bones. Nearby, the team found the skull of the dinosaur that they would later discover to be a young Parasaurolophus, a Late Cretaceous herbivore that sported a large crest protruding from the back of its head. The 6-foot-long dinosaur seems to have been about a year old when it died, making it a rare find for paleontology. Named “Joe,” it’s the youngest, smallest and most complete fossil of Parasaurolophus ever found. At adult size, Joe might have grown to be up to 25 feet long.

It’s also one of the most digitally accessible dinosaurs in the world. The Alf Museum has put all its 3-D models of Joe online, showing the fossil’s skull, a reconstruction of what Joe’s complete skull probably looked like, the nasal passages and the skeleton. The digital models, created from CT scans, can be turned to examine the fossil from any angle. 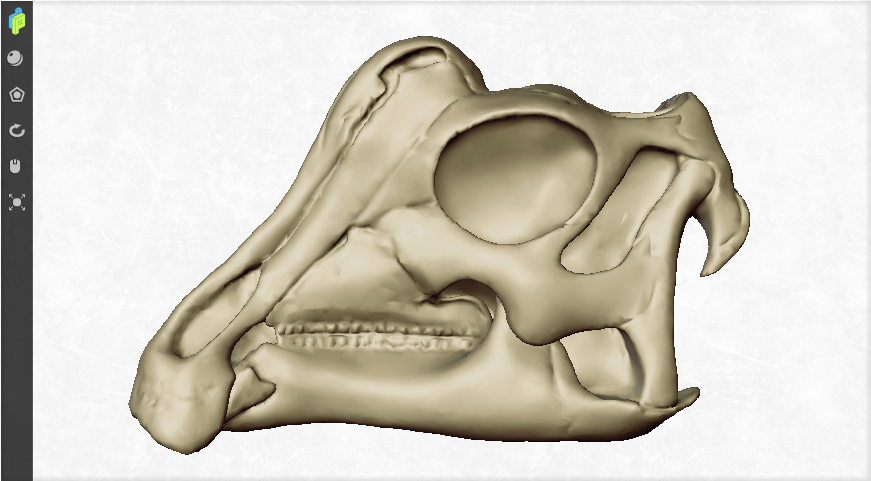 While full-grown Parasaurolophus fossils have been found before, Joe’s youth gives paleontologists a look at how the dinosaur developed. This fossil only shows a small bump on the skull, which would have become a long, curved tube later in life, a feature scientists think may have acted like a trumpet to amplify the sound of the dinosaur’s communications. 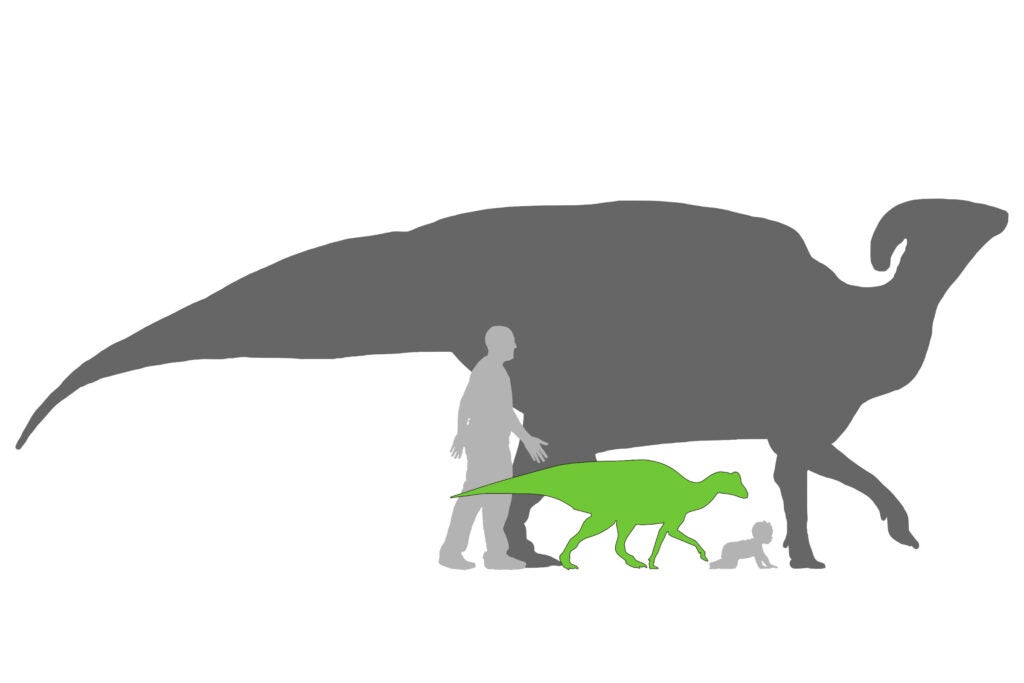 “If adult Parasaurolophus had ‘woofers,’ the babies had ‘tweeters,'” Farke said in a statement. “The short and small crest of baby ‘Joe’ shows that it may have had a much higher pitch to its call than did adults.”

Explore the fossil and all its 3-D reconstructions here. The paper describing Joe is free from the journal PeerJ.