More than 700 games from Nintendo's Golden Age, in one very nice-looking image. 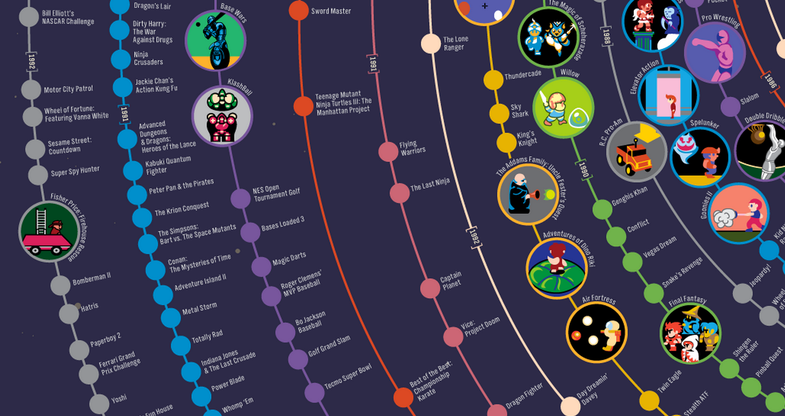 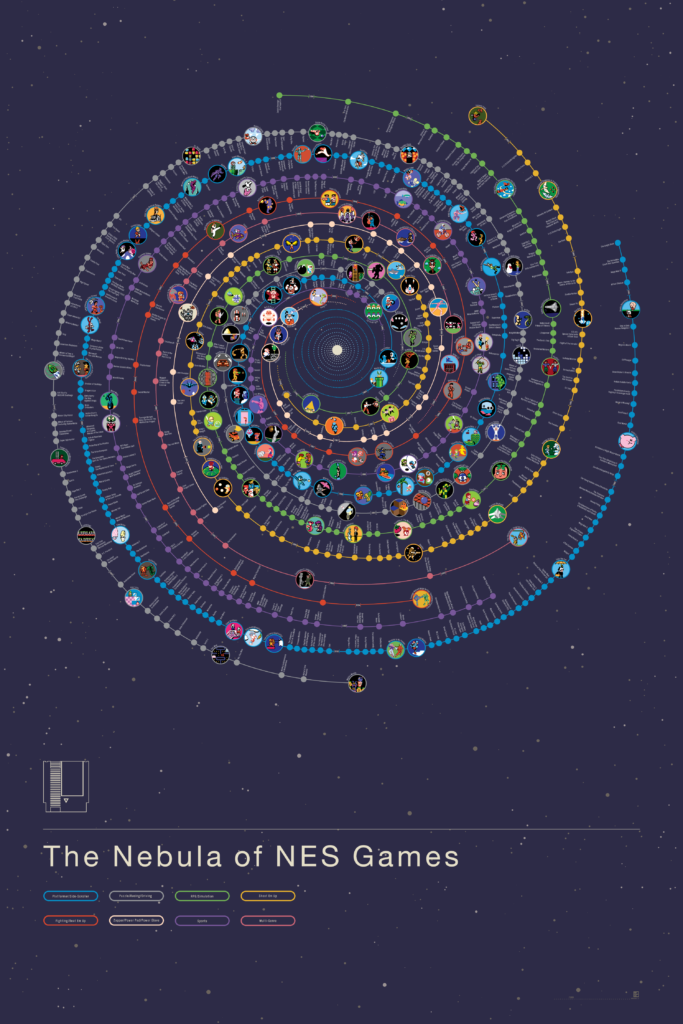 From 1984 to 1993, during the heyday of the Nintendo Entertainment System, more than 700 games were released for the console–and many, many of them are classics, from M.U.L.E. to Prince Of Persia to Ice Climber. The excellent designers at Pop Chart Lab, who previously created this infographic of game controllers, has now mapped all of the games from that period in one handy chart. 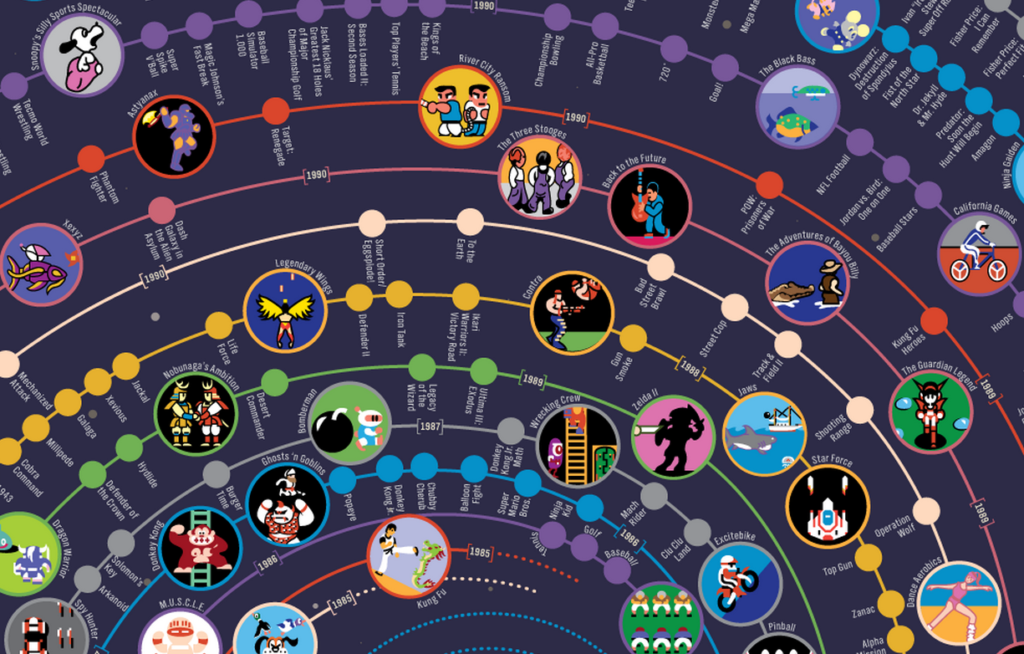 The infographic starts at the center, with mid-’80s games like the original Mario Bros., and spirals out from there to early ’90s games. There are multiples spirals, and they’re color-coded by genre: purple, for example, represents entries in the “sports” genre, while gray represents “puzzle/racing/driving” games. That means you can monitor the evolution of NES games, to some extent: Donkey Kong came before Metroid which came before Mega Man_–_ad nauseum.

The Nebula of NES Games (Key)

Just as interesting as Nintendo’s crown jewels, though, are the games that were released and never made much of a dent in gaming culture: for every Zelda, there are several more Kid Kools. You can purchase a print of the infographic for $32 over at Pop Chart Lab’s site.