Cameras Designed To Find Rare Animals Could Catch Poachers Instead

A project to photograph rare animals turns out to be a great tool for recording poachers. 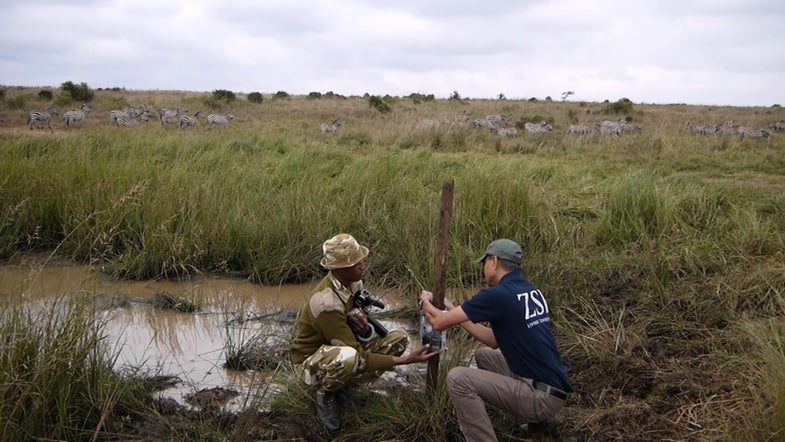 The Instant Wild project, designed for the Zoological Society of London by Cambridge Consultants, started out as a quest to use motion-activated cameras to find rare animals in Kenya. But the project’s creators quickly realized that the same technology could be used to photograph poachers in the act.

How the system works: Cameras take pictures when their motion sensors detect movement. Then these cameras transmit those pictures back to a central transmission unit, which may be hidden in the bush or a tree, and which contains a Raspberry Pi computer with a satellite uplink and a wireless receiver. That central unit then compresses the pictures and transmits them over the Iridium satellite network to the London Zoological Society servers.

The pictures go to subscribers of the free “Instant Wild” app (anyone interested in gawking at rare animals, really). This allows users to look at animals more or less in real time, with a press of the finger. There’s even a field guide built into the app to help users identify animals, turning the whole thing into a game of sorts. 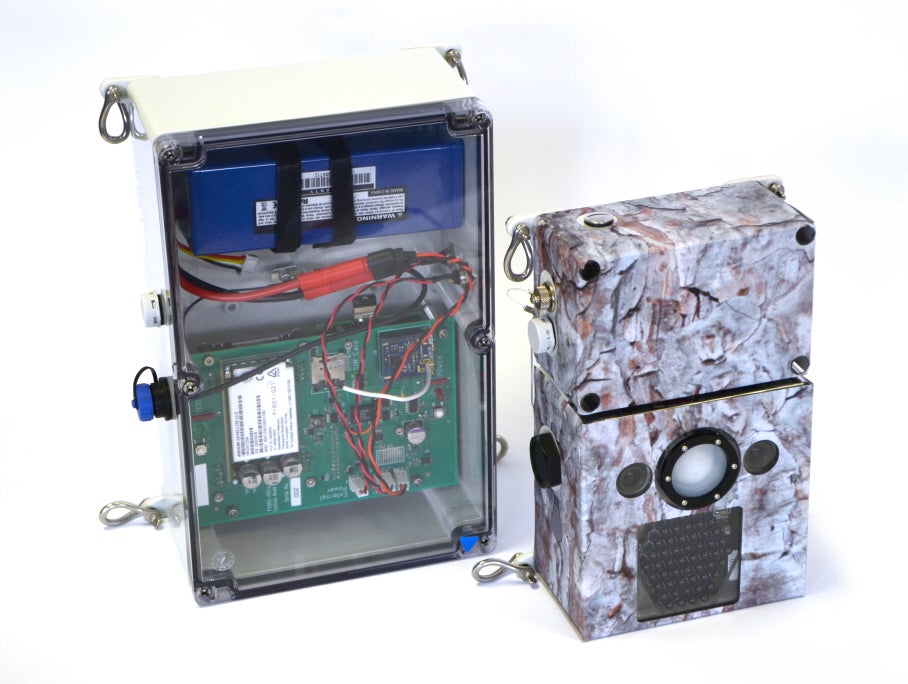 Here’s how it becomes an anti-poaching technology: humans count among the animals that can be recorded and identified–bad news for poachers. Cambridge Consultants and the Zoological Society of London are now providing that data to the Kenya Wildlife Service, which battles local poaching.

So far, no poachers have been caught, but that’s probably due to the newness of the system, which just completed trials in Kenya. Cambridge Consultants say there are plans to expand it by 100 more units this year and 250 more next year.

The camera units use off-the-shelf radios and cameras, have LED lights, and are battery-powered. For taking pictures at night, they use an infrared flash that doesn’t scare animals or reveal the camera’s position to poachers.

The project received a Google Global Impact Award. According to Richard Traherne, head of wireless at Cambridge Consultants, development of this system started “really at the beginning of this year and culminated in successful trials in July and August.”

This isn’t the first technology to try to stop poaching. In 2012, the World Wildlife Foundation received a Google Impact Awards grant to put wireless trackers on rhinos. In May, Tanzania used drones to fight poachers.

Catching poachers is great and all, but the poachers themselves are only the supply side of the problem. Demand for poached animals has increased in parts of Asia where members of a growing middle class use animal parts for herbal remedies, Time reports. That has created a wildly lucrative market for items such as elephant ivory and rhino horns. According to Time, wildlife trafficking is now a $7 billion to $10 billion industry. To really stamp out poaching, you need to eliminate the incentives and organized crime rings that form around it–unfortunately, something no camera system, no matter how sophisticated, can do on its own.

Watch a video explaining the cameras below: