This Game Brings Post-Apocalypse To The Present

Viridis asks: With survival on the line, will people cooperate or compete? 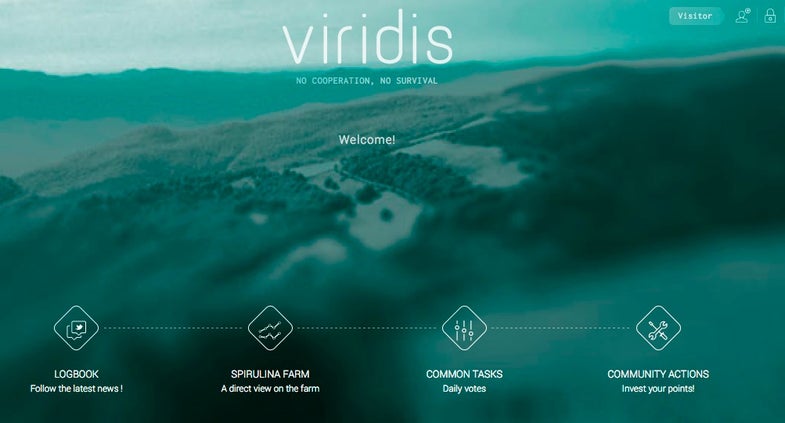 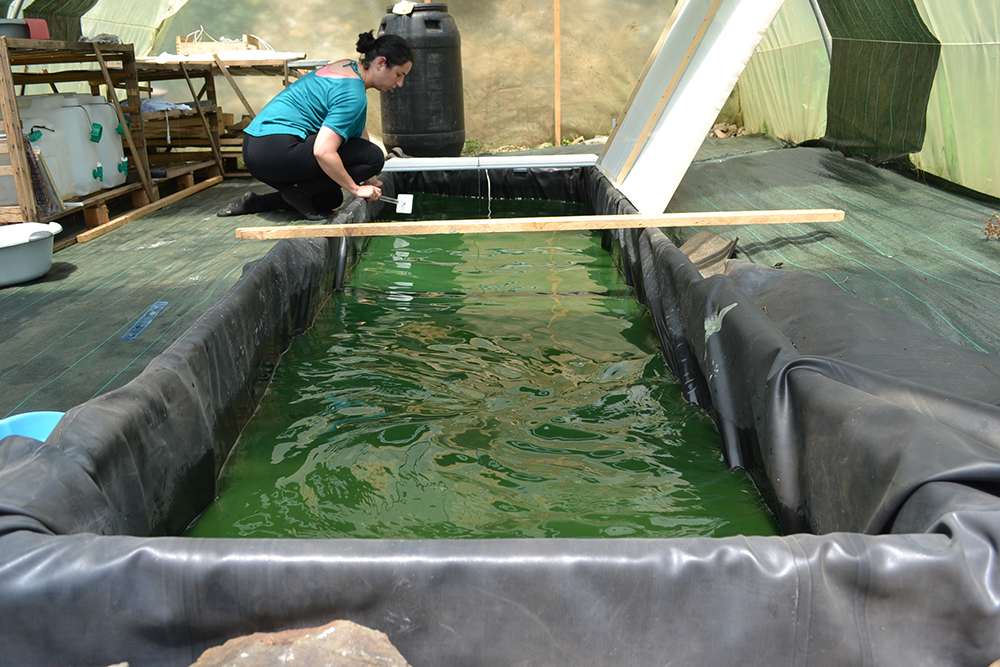 Saving the world through spirulina

Players of the online post-apocalypse game Viridis control the workings of a real algae farm, hidden somewhere in the mountains of France.

In the wake of a mysterious disaster that destroys human civilization, a poisonous mist has spread over the land. The only way to gain immunity to the deadly miasma is by consuming spirulina, called the “Viridis,” a blue-green algae loaded with protein and nutrients. Spirulina can be cultivated, so your mission is to scout this devastated world and scavenge the needed materials to build and manage a new algae farm. But you’ll need the help, or at least the cooperation, of fellow survivors.

Will the new farm fall apart as individuality confronts community decision-making? Or can people work together well enough to survive, when their ultimate welfare is at stake?

That’s the narrative set-up for Viridis, an online game out of France that combines contemporary networked communications technologies with the ancient technology of agriculture, with a couple intriguing twists: Using data supplied by sensors, game players will make decisions that affect an actual spirulina farm, set in a greenhouse somewhere in the southern Cevennes mountains of France. And there’s a time limit on the action, as Viridis launched in mid-June and will close some time in October.

As the French-language independent game news site Indius reports (and as I translate badly with my high school and college classroom French),

“[T]he interdependence between game and actual farm fuses the experience between virtual reality and the real world,” according to its creators.

Viridis is reminicent of one of the earliest of Internet artworks: the TeleGarden or Telerobotic Garden, which also combined the ‘net and agriculture. Established in 1995 (and in operation until 2004 or so) by a team of artists and engineers, the TeleGarden let user-community members manipulate a robotic arm set over a tabletop garden. Its creators wanted to learn more about people’s conceptions of “reality” online — Would users put time and care in the garden without knowing that it really existed? Why did they think it existed when they had no tangible evidence of it? — as well as observing the extent to which people would collaborate vs compete in growing plants, since in the limited space only cooperative behavior would allow most plants to thrive.

The greenhouse at the center of Viridis appears to be real, to judge from photos online (scroll down past the “informations”) and in its press packet — admittedly, slim evidence of existence. There’s also a firmly grounded array of institutional partners in the project, however, including the European Union.

Viridis may be a direct descendant of the Telegarden, but one that is exploring very tangible issues of resilience, cooperation and individuality in this era of disrupted climate — an invisible force that is demonstrably wiping out, some of our long-held agricultural certainties.