Laughter is a key part of play for many animals 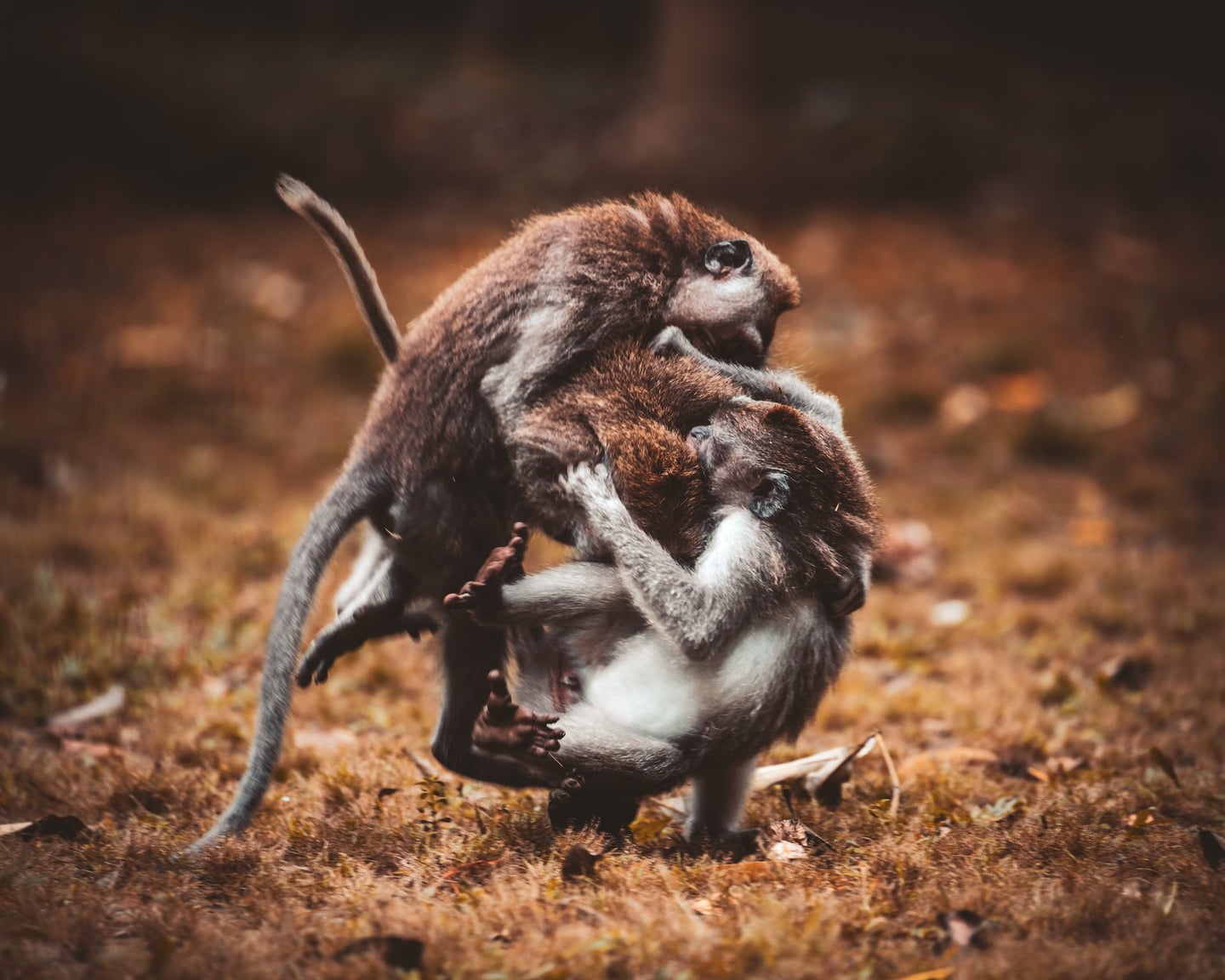 Laughter can be a signal that play participants don't intend any real harm. Andrew Liu/Unsplash
SHARE

When we think of all the creatures who laugh, humans and hyenas are probably the only ones that come to mind. But recently, scientists combed through the literature and found that at least 65 diverse species of animals produce vocalizations that could be analogous to a human chuckle. And hyenas are not one of them.

Human laughter is a vocalization that signals play, which is an important and complex social interaction, according to anthropologists and cognitive scientists in a recent paper. But humans are certainly not the only animals that play, so the researchers parsed through existing data to see which other animals produce “play vocalizations,” and whether those sounds were exclusive to play.

The 65 snickering species identified vary from our close ape relatives, like chimpanzees or bonobos, to more surprising mammals like slow lorises, sea lions, and orcas. But non-mammals made the list too, specifically three birds: kea parrots, parakeets, and Australian magpies. Hyenas didn’t make the cut, on the other hand, because their cackles are decidedly not for play. While 28 species out of the 65 had sounds that were exclusive to play, it’s still unclear whether the vast majority of giggly creatures have specific sounds for play purposes. The findings were published in Bioacoustics in April.

[Related: Animals play in all sorts of ways]

Sixty-five might seem like a high number, but it’s possible that many more species produce laugh-like noises. It could be that “a lot of animals do have play vocalizations [and] they’re just really quiet,” paper co-author and UCLA anthropology graduate student Sasha Winkler told Ars Technica. Until scientists try to comprehensively document play sounds in all animals, we won’t know which creatures are or are not capable of laughter.

Play is complicated and crucial behavior. “[Play vocalization] helps to signal during that interaction that ‘I’m not actually going to bite you in the neck. This is just going to be a mock bite,’” Winkler said to Ars Technica. “It helps the interaction not escalate into real aggression.” Just like in human interactions, laughter becomes a de-escalator, a way to avoid misunderstandings that might lead to injury.

But play does not look the same across species, and play vocalizations can vary in purpose and cause. For us humans, for instance, laughter can signal enjoyment or serve to diffuse tension, and everything from tickles to a stand-up set can cause laughter—plus, those laughs don’t necessarily sound the same. Identifying play sounds in animals is useful because it gives researchers a look into animals’ social behaviors.

Laughter in animals can be hard to document, but the researchers note in the paper that, as acoustic technology gets better, more opportunities will arise to capture those sounds in action. Perhaps the animal kingdom is more full of jokesters than we all thought.