No one is sure whether or not smart screens should have cameras. 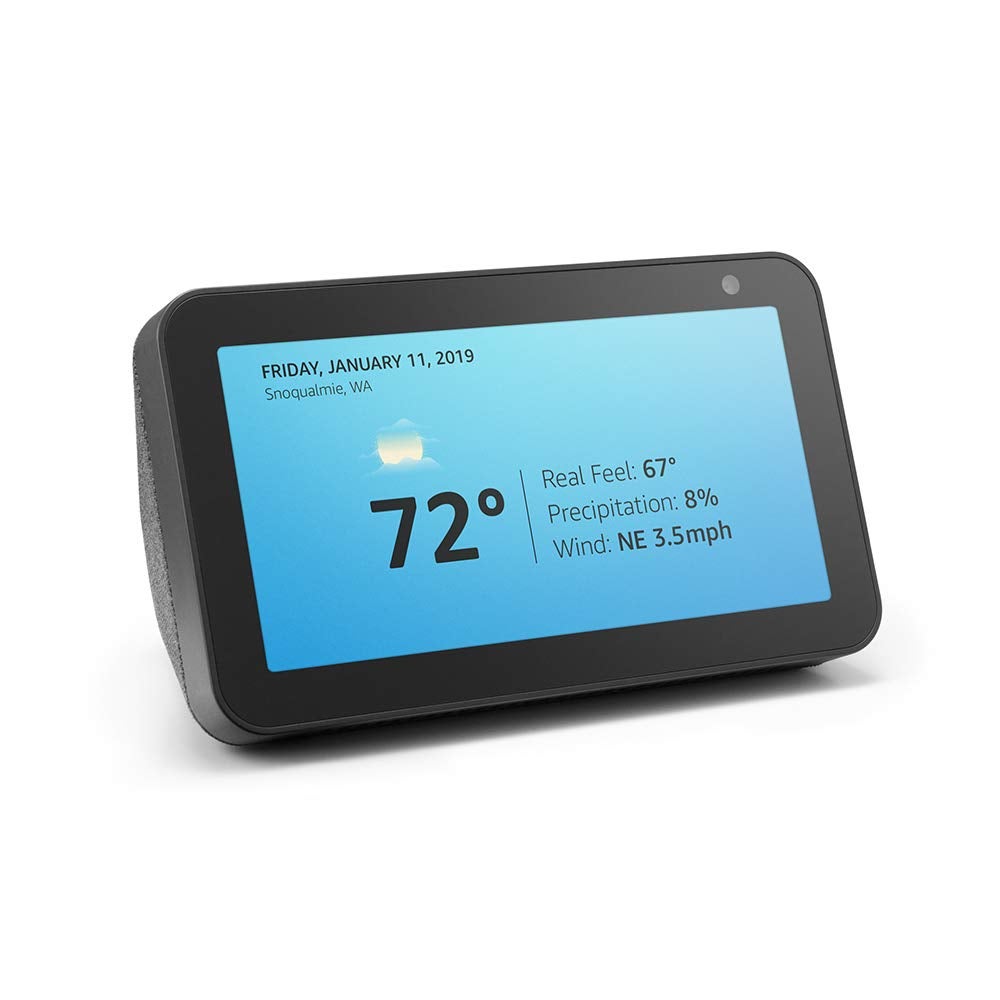 This morning, Amazon announced the $90 Echo Show 5. It’s essentially an Echo smart speaker with an adorable little 5.5-inch touchscreen display on the front. It’s roughly half the size and less than half the price of the 10.1-inch, $229 Echo Show, and the 5 will probably only get cheaper once Prime Day, Black Friday, or any other holiday associated with e-commerce frenzies rolls around.

On paper, the new Echo Show 5 looks like a very capable device for its price, but the fact that it has a simple plastic flap that covers the camera has found its way into an abundance of headlines. The device’s front-facing camera enables voice chat through services like Skype, but it also makes some users slightly nervous. Amazon has been putting cameras in Echo devices since the original Echo Show debuted in 2017, but this is the first time one has come with an integrated cover that physically blocks it.

The move makes sense. Recently, Alexa attracted a lot of unflattering headlines when reports discovered that human Amazon employees listen to some requests made to the digital assistant. Surprises like that involving a camera could be even more embarrassing.

The newest Echo device has a physical barrier you can slide over the camera to block it in case you’re worried about privacy and you don’t want to stick a piece of tape over it like many people do with laptops. In addition to the physical barrier, it has a hardware button that electrically disconnects the microphone (all Echo devices have this) and camera.

The $229 bigger version of the Echo Show has a similar video calling camera above its 10.1-inch screen, as well as the button you can physically press to turn the camera and microphone on and off. It does not, however, have a physical barrier you can slide into place, so you’ll need to provide your own opaque material if you don’t trust it to stay off when you want it to.

At $129, the Echo Spot‘s round, 3-inch screen is cute, but not nearly as practical as the Echo Show 5. Like the bigger Echo Show, the camera sits above the screen. And while there’s a button to turn the camera and microphone off, there’s no physical barrier. Unless you really love the round screen, it’s hard to find a compelling reason to spend $40 more to get this than the Show 5.

We first met the Nest Hub last year before Google rebranded it—previously, it was called the Home Hub. Unlike the rest of the devices mentioned here, it doesn’t have a camera at all. In fact, the marketing material went out of its way to tout the lack of camera as a privacy feature after its announcement. The $129 hub has a 7-inch screen (compared to the 5.5-inch Echo Show 5) and integrates nicely with Google Photos so you can use it as a digital photo frame, which is far and away one of its biggest advantages over the Amazon devices.

This 10-inch display costs the same $229 as the full-sized Echo Show, but instead of omitting or downplaying the camera, the Nest Hub Max emphasizes the benefits of letting it watch pretty much all the time. The 6.5-megapixel camera uses facial recognition to help determine who is making requests so it can bring up personalized information for things like calendars and traffic info during a commute. The camera also recognizes hand gestures, in case you’re playing music too loudly and it’s preventing voice commands from effectively reaching the pair of far-field microphones that typically listen for wake words.

Like with the Echo Show, there’s a hardware switch on the device that electrically disconnects the camera and the microphone, so you can still use it as a very nice digital photo frame, like the Nest Hub, if you don’t want it watching or listening. You can also go through the menus to turn the camera and microphones off independently, but that’s a software setting and less iron-clad than the button.

Smart screens from Facebook debuted at a tumultuous time for the company, on the heels of several privacy scandals that made the idea of putting a connected Facebook camera in your home slightly unappealing. Both devices, however, have both a hardware switch and menu options that let you turn off the front-facing cameras and the microphones.

The $199 Portal has a 10-inch screen and remains stationary, while the $349 Portal+ sits on a rotating base and uses AI with facial recognition to track you as you move around your home and keep you in the frame. Since video calling is the primary function with these devices, they’re probably not worth purchasing if you don’t plan on using the camera and microphones built into them—just get a smart speaker. Or use your phone.

While smart screens still have options now when it comes to cameras, it seems like the feature will be standard one day. We had to get used to a device listening to us, so we may get used to them watching us too, especially if they promise to make our lives simpler as a trade off.