What are police departments doing with all that data? 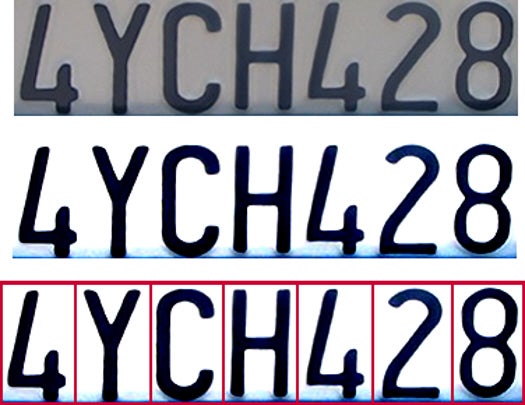 Computer security consultant Michael Katz-Lacabe requested a record from the city of San Leandro, Calif., of times license plate readers had snapped his car. He found 112 instances—including a photo of him and his young daughters getting out of his Prius.

Meanwhile in Germany, a serial drive-by shooter responsible for firing at least 762 shots at vehicles and buildings since 2008, was identified in April thanks to a license plate reader system specifically set up to nab him. According to local official Edgar Wagner, 60 million to 80 million photos, with metadata attached, were taken of innocent people in order to catch the lone suspect.

This constant photographing of private, innocent citizens is absolutely creepy. But there’s a weird hitch for privacy advocates who would challenge comprehensive license plate surveillance: Because license plates are displayed on the outside of vehicles as they travel in public spaces, the information is technically public.

How do license plate readers work?

To understand the implications of license plate readers, both the benefits and the potential for misuse, it helps to understand the technology. The data for these programs is generated by Automatic License Plate Recognition (ALPR), a technology that uses cameras and software to find and record license plate numbers. The cameras usually operate on both the infrared and visual light spectrums, allowing the system to work during day and night. A processing unit takes the image recorded by the camera, and using algorithms isolates the numbers from visual noise. The plate numbers are then stored, timestamped, and tagged with a location.

ALPR systems are typically found in three places: next to red light cameras, monitoring the entrances and exits of parking lots, and mounted on police cars. Most of the time, they record the plates of parked cars. 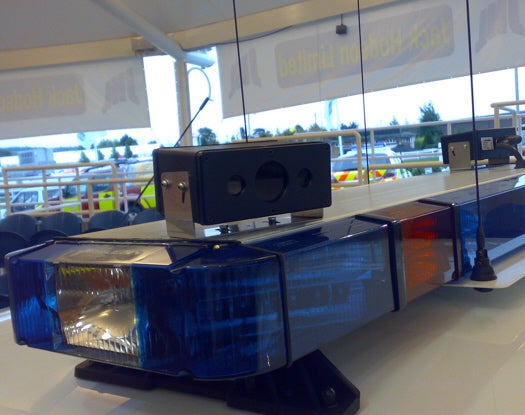 This one is a Mini Hawk 2i, that combines with automatic plate number recognition software to identify cars.

In Iowa City, concerns about passive violation of privacy led to the consideration of a ban on license plate readers. And earlier this year, the American Civil Liberties Union and the Electronic Frontier Foundation filed suit against the Los Angeles Police Department and Los Angeles County Sheriff’s Department, requesting that the departments reveal information they had gathered using the plate readers.

The ability to pull up years of records on a specific vehicle’s movements is, of course, a tremendous boon to a criminal investigation. So, with the exception of preemptive legislative measures like Iowa City’s proposed ban, it seems unlikely that police will stop using this technology any time soon. We’ll keep an eye on how the ACLU’s court case turns out.