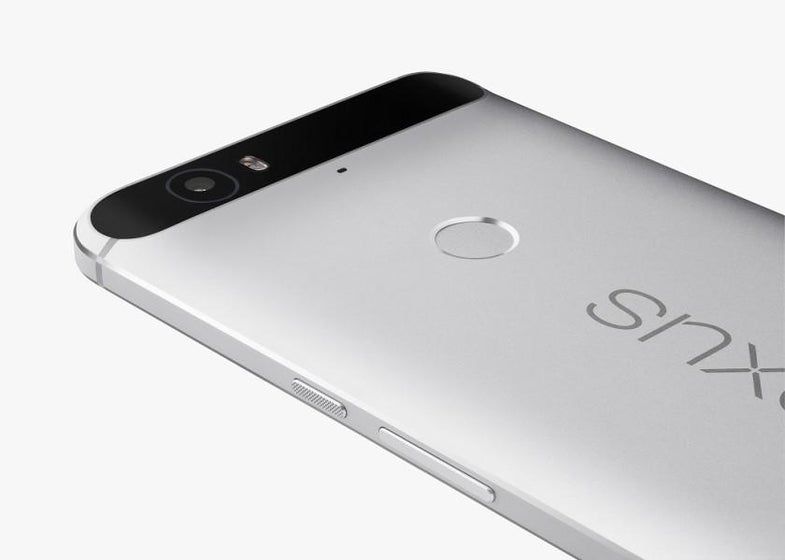 The Nexus 6P has been announced at Google’s fall event today over in San Francisco. The all-metal Nexus device, designed by Huawei, will bring a 5.7 inch screen, USB C charging, and will run Android 6.0 Marshmallow, the latest version of Google’s operating system. 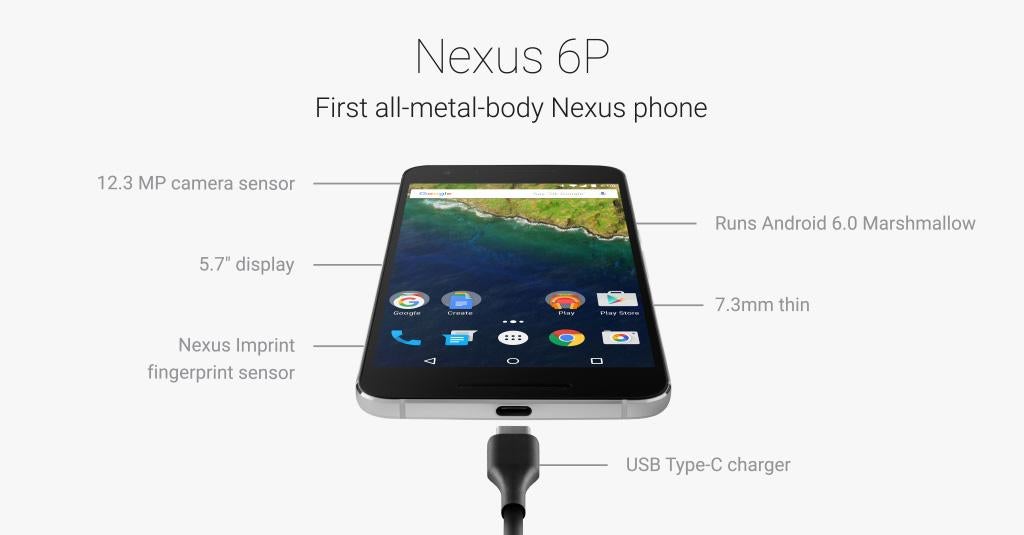 At the search company’s event, Google touted the 1440p Huawei Nexus 6P screen–while boasting a 5.7 inch screen–feels the size of a 5.5 inch device, with the screen taking up 74% of the face of the device. On the rear, the Nexus 6P will bring a 12 megapixel camera to the rear of the phone. Along with the capable camera, Android will now allow users to double tap the sleep/wake button to enter straight into the camera upon waking up. Processor-wise, buyers can expect a 1.9 GHz Snapdragon processor and 3GB of RAM.

In addition to the standard screens and cameras we’re used to on Android Phones nowadays, the 6P will also include a fingerprint sensor. Nexus Imprint will bring fingerprint unlocking to Google’s flagship Android devices. Like TouchID on Apple’s iOS devices, the sensor will allow you to tap a button and enter your phone at the same time. In the past, Android has allowed its users to forgo entering a passcode if the paired smartwatch was nearby. Now those without an Android Wear device can bypass the lockscreen as quickly as possible.

Huawei has brought USB-C to the Nexus line. While some phones that utilize the reversible USB standard are known to charge slowly, Google claims the Nexus 6 charges fast. With many phones and even laptops supporting the new input standard, we’ll likely see more devices follow suit. The 6P’s battery weighs in at 3,450 mAh. 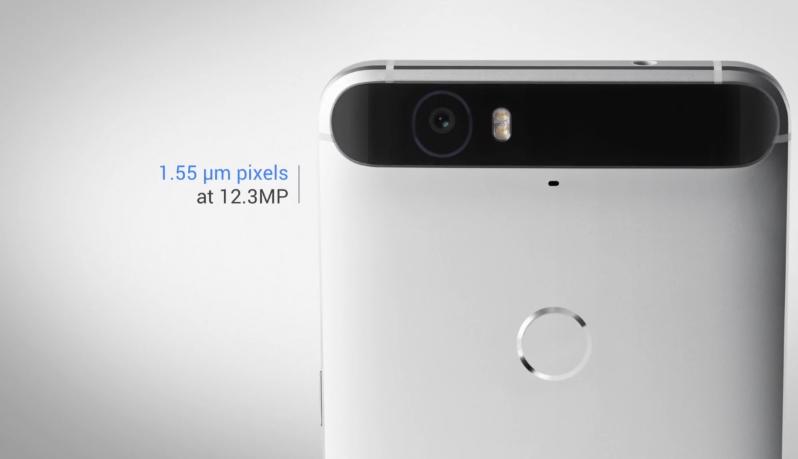 The Nexus 6p will be available at the Google Store, starting at $499 for 32GB. $549 will get Nexus buyers the 64GB 6P and $649 for the 128GB model. Those living in the United States, United Kingdom, Japan and Ireland can preorder the device now. Other worldwide users will have to wait a bit longer.

In addition, customers can tack on Nexus Protect–a two year insurance program that covers accidental damage and mechanical breakdowns. Nexus 6P buyers can buy the Protect plan for $89 while 5X buyers get a slight break at $69. The program is very reminiscent of Apple’s insurance option AppleCare+. Cupertino’s version, however, will cost $129 for the iPhone 6s and $99 for each phone replacement. While Google announced prices, details are hazy on how much each device replacement will cost.

Google CEO Sundar Pichai also announced that Android was now running on more than 1.4 billion devices worldwide, making it far-and-away the largest smartphone OS in the world. Now that users have the option of a fully metal Nexus device, Android owners looking for a more premium device have more options.