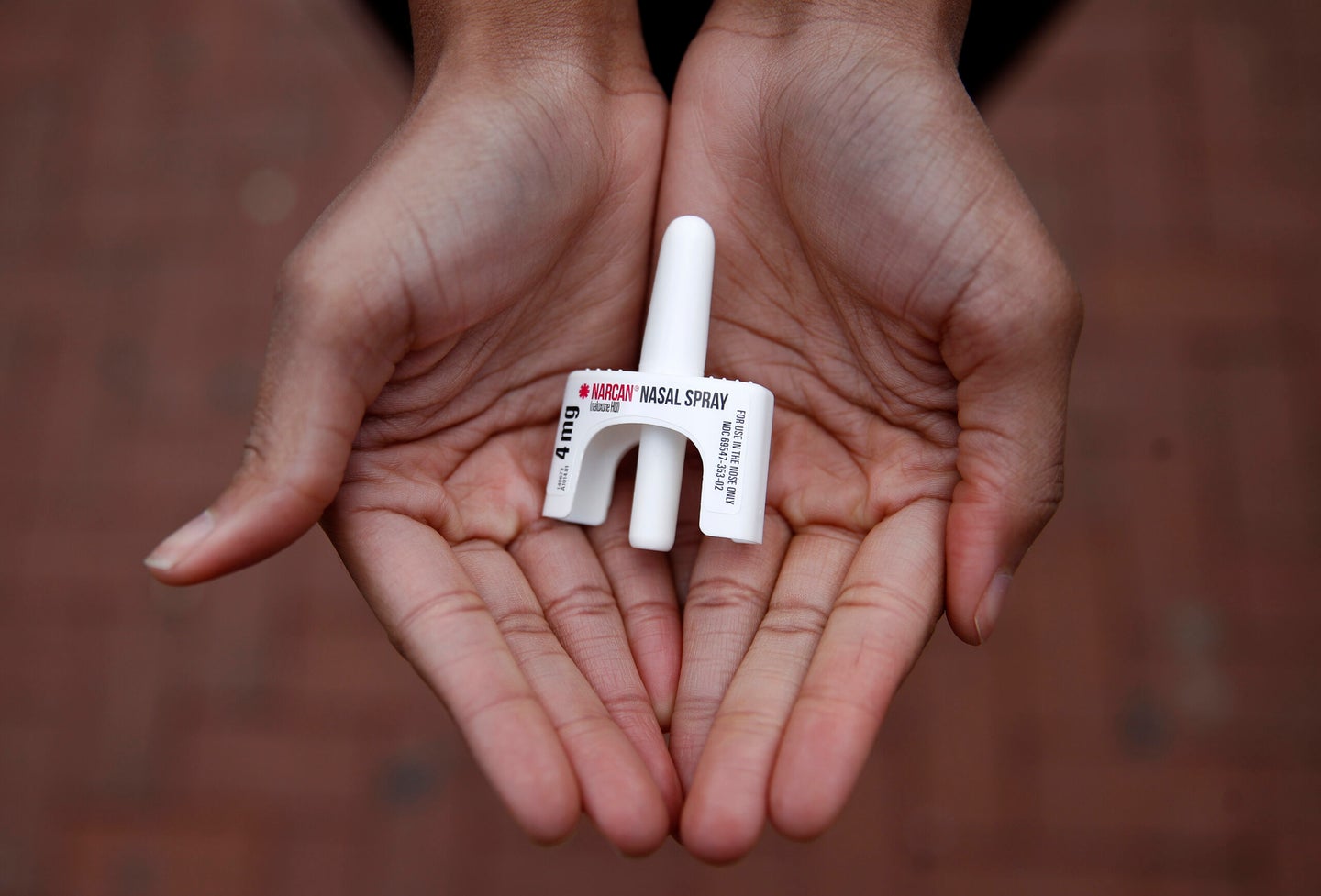 Forty-seven thousand Americans died of opioid-related overdoses in 2017—similar to the number of deaths from car accidents and gun violence.

That number could have been much lower had more people received naloxone, a medication that reverses opioid-related overdose.

Naloxone is safe, non-addictive and highly effective. And it does more than save lives: When used shortly after overdose, naloxone reduces the likelihood of long-term brain damage from diminished blood flow.

Available as an injection or nasal spray, naloxone can be administered by anyone trained to do so—assuming, that is, that someone has it on hand at the scene of the overdose.

However, the true first responders to an overdose often aren’t professionals but the friends, family and peers of people who use heroin and other opioids. Relatively few of these “laypeople” have access to naloxone, which is available via community distribution, a doctor’s prescription or, in states that allow naloxone to be sold without a prescription, from a pharmacy.

While at least 41 states allow pharmacists to dispense the medicine without a prescription, many pharmacies fail to actually stock it. In California, only a quarter of all pharmacies carried naloxone last year.

As opioid-related deaths have soared, there’s been an increase in programs working to get naloxone into the community. Health centers like Prevention Point Pittsburgh, for example, train people likely to witness overdose on how to recognize the signs and give them free naloxone.

However, the most recent available data suggest that relatively few communities with high rates of opioid-related deaths actually have such programs.

Even emergency medical personnel, or EMS, may not have naloxone when they need it.

Most US states only authorize intermediate- and advanced-level EMS to carry and administer the drug. But in many parts of the country—particularly rural and tribal areas—EMS with basic training are often the only medical first responders immediately available in emergencies.

One impediment to increased naloxone access is the argument that reviving overdose victims will encourage opioid use.

There is no peer-reviewed, empirical evidence that naloxone use encourages opioid use. But this argument remains pervasive.

The prices of some naloxone products have been rising. Between 2009 and 2016, naloxone manufactured by Amphastar almost doubled in price, from US$20.34 to $39.60 per dose. 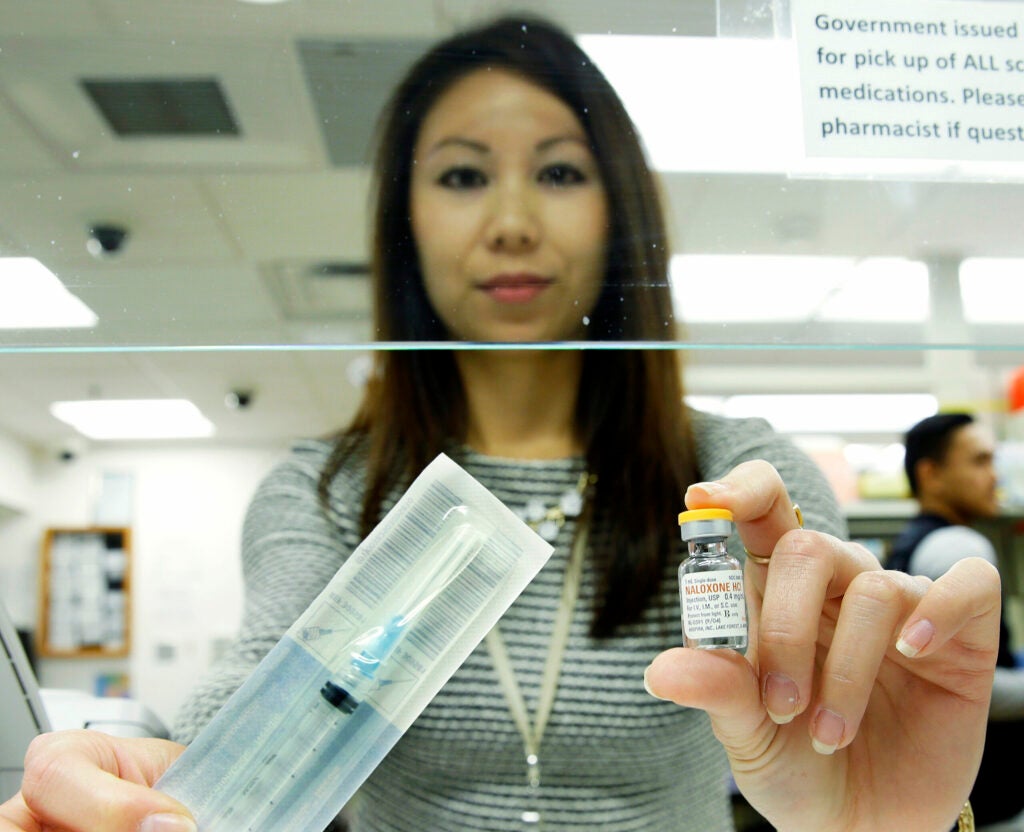 Tess Nishida, a pain pharmacist at the University of Washington, holding a vial of naloxone.

Since the opioid crisis disproportionately hurts low-income communities like Middletown, our team of health policy and epidemiology researchers at the University of Michigan conducted a study to determine whether naloxone is a good use of the scarce resources available to reduce opioid-related deaths.

Our study, published in International Journal of Drug Policy, found that naloxone is extremely cost-effective.

We analyzed the cost-effectiveness of giving naloxone to three different groups: laypeople, police, and firefighters and EMS.

When all three groups have naloxone, it costs about $16,000 per year of “high-quality” year of life saved. We accounted for quality of life as well as quantity, since problematic substance use increases the risk of hepatitis, HIV and other health serious illnesses.

Naloxone actually saves society money when we take the lost economic productivity from fatal overdoses into account, we found. Hard-hit communities may see naloxone as an expense—but they’re actually saving the city money by keeping more of its workforce alive.

This finding holds even when we add in a city’s criminal justice costs associated with opioid use.

Naloxone would remain cost-effective even if the “moral hazard” concerns were true. We found that overdose rates would have to rise 20 percent for lay distribution of naloxone to cease being cost-effective—a large margin of error for an unsubstantiated worry. 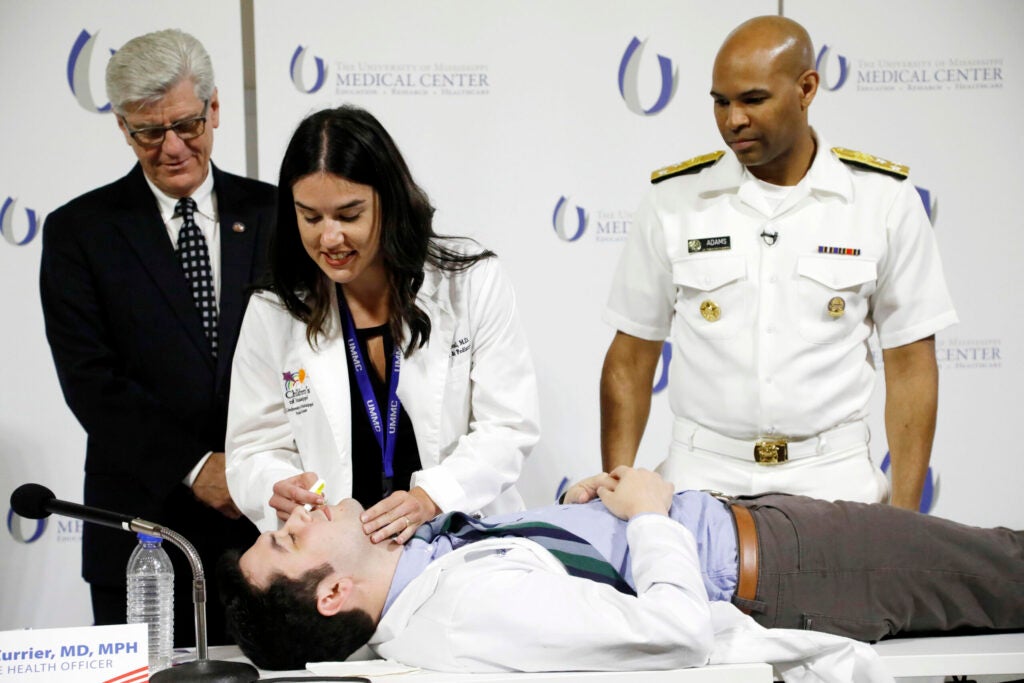 Our research determined that the most cost-effective strategy is to distribute naloxone to all three groups: laypeople, police and firefighters, and EMS.

If low-income communities can’t afford that much naloxone, however, the next-best scenario is to give the medicine to laypeople plus at least one first responder group—either police and fire or EMS.

Getting naloxone into lay hands is so critical because many overdose witnesses hesitate to call 911 due to fear of arrest, stigma or loss of government benefits like subsidized housing. No matter how many first responders have naloxone, the victims in those cases cannot benefit from it. They need someone close by, like another person using opioids, to revive them.

But emergency responders should have naloxone as well since overdose witnesses may not always have naloxone or be able and willing to use it.

Sometimes, a single naloxone dose can save two lives.

In 2018, clinicians in North Carolina treated a pregnant patient who had recently overdosed. Friends had used naloxone to reverse the overdose, allowing her to enter treatment for substance use.

A few months later, she gave birth to a healthy baby.

Tarlise Townsend is a PhD student in Health Policy and Sociology at the University of Michigan.

Freida Blostein is a PhD Candidate in Epidemiological Science at the University of Michigan.

This article originally featured on The Conversation.